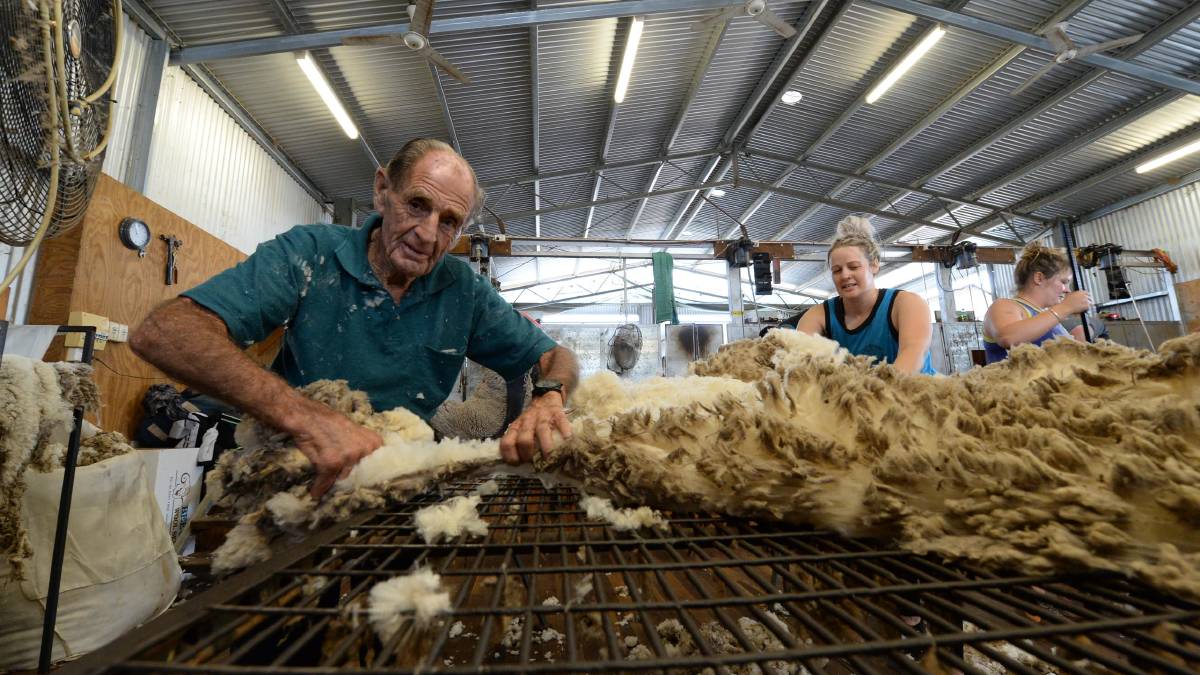 The Australian wool market has a history of moving in cycles - big price falls are often followed by big price rises.

From hitting an all-time high two years ago, the Eastern Market Indicator (EMI) has lost about 46 per cent of its value on a monthly average since September 2018.

But according to industry experts, this particular fall in the market is somewhat unique.

Market analyst for Mecardo, Robert Herrmann, said the largest downward move came 30 years ago when sales recommenced after the collapse of the Reserve Price Scheme (RPS), with the next three worst weeks all in 1951.

"This fall has its own unique characteristics, coming off the back of a strong rising cycle running from 2015 to 2018, along with the advent of a global pandemic knocking consumer confidence.

National Australia Bank agribusiness economist, Phin Ziebell, concurred with Mr Herrmann's statements, who said the clear correction in the market in 2019 has been followed this year by additional steep losses as Covid-19 stripped consumer demand and industrial production.

"Chinese buying activity, which was already falling before Covid-19 hit, has been further impacted by the pandemic," Mr Ziebell said

"Chinese wool and cotton imports were down 43pc and 25pc respectively on a year-on-year basis in June, and with alternative fibre prices subdued, wool will likely remain under pressure.

He said Australian wool prices have traditionally been quite sensitive to the exchange rate, however recent movements have been more detached.

NAB forecasts point to an appreciating Australian dollar (AUD) against the US dollar, reaching 80c by mid-2022.

It is also expected that the AUD will appreciate against the Yuan, albeit more gradually.

"A number of long-term factors, combined with drought conditions in Eastern Australia, meant that the rally in wool prices that began around four years ago was not matched by higher production," Mr Ziebell said.

"In addition, we've seen a move away from mixed farming to cropping only enterprises, and many remaining sheep producers have transitioned to crossbreeds for fat lamb production due to high lamb prices."

NAB has outlined limited upside for wool prices, predicting the EMI to sit around $10/kg this year and $12/kg in 2021.

"And while a poor price will likely lead to domestic stockpiling, it is hard to see a pick-up in demand fundamentals and a higher AUD will be a drag."