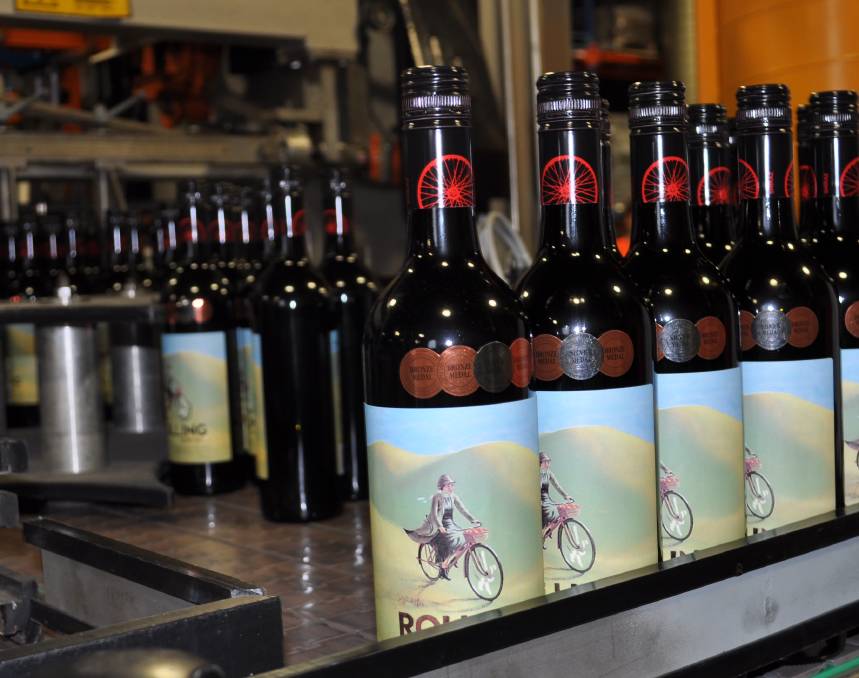 Australia's biggest overseas wine buyer, China, has thrown a grenade into the cellar, launching a hotly-disputed anti-dumping investigation into our wine exports.

The looming year-long investigation is based around accusations Australia sent cheap bottled wine to China at reduced prices over a five year period, crowding out local producers and causing industrial damage.

Chinese wine purchases represented about a third of the entire value of our export market.

That was more than double the value of sales to our next biggest customer, the USA, worth $430m last year.

Only about a third of Australian wine is consumed at home.

The dumping claim, and the uncertainty now clouding the China market, forced Australia's largest wine exporter, Treasury Wine Estates, to call a temporary halt to trading in its shares on Tuesday after they slumped about 14pc in price to $10.58.

The NFF's public response, like almost everybody in the industry, carefully avoided accusations of political bullying by Beijing or suggestions Australia's huge farm trade with China was at risk.

The NFF said, however, it was also worried by the prospect of a countervailing duties investigation just announced by Chinese authorities.

"Our farmers are among the most efficient and least subsidised producers in the world, recognised as second only to New Zealand in our levels of support," he said.

"While we respect the right of any nation to defend their domestic producers from unfair and uncompetitive trade practices, we reject any claim that Australian wine product has been dumped into China.

Treasury, which owns the famous Penfolds brand and a host of other labels including Lindemans, Yellowglen and Rawsons Retreat, said it would co-operate and provide any information on its export activities in response to requests from Chinese or Australian authorities.

It regarded China as a priority market and was committed to continuing to invest in its Chinese business and its relationships with customers and consumers.

TWE insisted it had enjoyed a long and respectful relationship with China over many years.

It would continue to focus on building premium and luxury brands, investing in its Chinese operating model and team and working with partners to enhance its wine category in China.

Mr Littleproud noted the anti-dumping investigation would run for up to 12 months, during which time he was committed to working with the industry to ensure all necessary information was provided to refute any claim that Australian wine was being dumped.

Peak industry representative body Australian Grape and Wine said the sector was well placed to respond to the Chinese investigation and would co-operate fully, working with exporting companies.

"China is an important market for Australian wine, and our wine is in demand from Chinese consumers," said chief executive officer, Tony Battaglene.

Australia had a large number of exporters with close cultural ties to China and the industry welcomed the opportunity to build on these ties.

It intended to work with the Chinese industry and government to further technical cooperation and develop lasting relationships.

Mr Littleproud noted Australia was recognised for producing some of the world's best quality and most popular wines, which sold to numerous markets globally.

"That reputation has been recognised by Chinese consumers who have helped make China our largest export market," he said.

"The Australian Government will continue to work closely with industry to fight these claims."

Australia's $3b a year overseas wine market is serviced by about 2800 exporters sending product to other top selling destinations as diverse as Denmark, Canada, New Zealand, Belgium and Britain.

While China, including Hong Kong and Macau, is our most valuable market worth $1.2b, Britain buys the biggest volume of Australian wine - about 232m litres a year worth $383m.