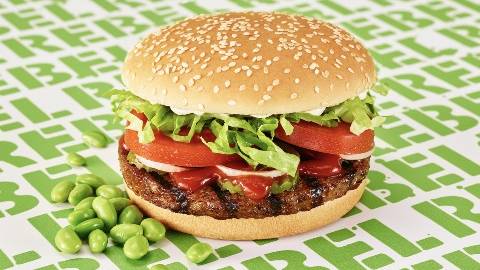 NSW Farmers, Food Frontier and the National Farmers' Federation have marked the launch of the new national Future of Protein Forum that brings together traditional livestock, plant, and alternative protein producers to meet the projected demand for Australian protein.

NSW Farmers' chief executive officer Peter Arkle said the forum would be a great opportunity for protein industries to learn from each other, develop key research and development priorities, and communicate back to producers and governments.

"The global demand for protein in 2030 will be so high that traditional animal agriculture alone will come nowhere near meeting it," Mr Arkle said.

"Alternative protein, such as plant-based products and cell-cultivated meat, will be complementary to our traditional agricultural industries rather than posing a direct threat to their viability.

"We need to ensure that our domestic producers are able to diversify and take advantage of new market opportunities, and that policy and regulatory settings are in place to encourage production and manufacturing in Australia.

"Australia has the potential to become a plant-protein powerhouse, by ramping up production to supply plant proteins into key export markets. This potential is furthered as global demand for meat in coming decades will outstrip supply, and as both domestic and international demand for inputs to plant-based meat alternatives increases."

Sam Lawrence, Food Frontier's Director of Policy and Government Relations, said the establishment of the Future of Protein Forum is a critical step in bringing together the Australian agriculture industry and the alternative protein sector for mutual benefit.

"As the alternative protein sector continues to build considerable momentum locally and globally, the forum enables the collaboration necessary for Australia to fulfil its potential in new protein industries, while maximising opportunities for Australian farmers," Mr Lawrence said.

"This presents a lucrative opportunity for Australian farmers to supply a new high-value market, both domestically and internationally, as demand for Australian grown plant-protein increases," Mr Lawrence said.

He congratulated the NFF and NSW Farmers on the initiative, saying "we're pleased to be partnering on this forward-thinking initiative which recognises the massive opportunity presented by alternative proteins to the Australian economy, and in particular to Australian farmers."

Mr Lawrence called on governments to follow the lead of the agriculture sector by engaging with the initiative and working together on projects to grow the alternative protein sector.

"The economic case is clear and compelling, and we hope will encourage participation in the forum nationwide," Mr Lawrence said.

National Farmers' Federation Chief Executive Tony Mahar stressed the importance of Australia's agriculture industry being 'on the front foot' and ready to realise the opportunities presented by the growth of the alternative proteins market.

"Part of this is influencing the narrative - the boom in demand for alternative proteins does not mean it comes at the expense of animal proteins, and is not about virtue signalling," Mr Mahar said.

"Demand for the high-quality and nutritious animal proteins produced by Australia's farmers remains strong and is forecast to continue to grow.

"It's important that the sector is positioned to realise the new opportunities presented by alternative proteins, and the Future of Protein Forum is an important step in that process."