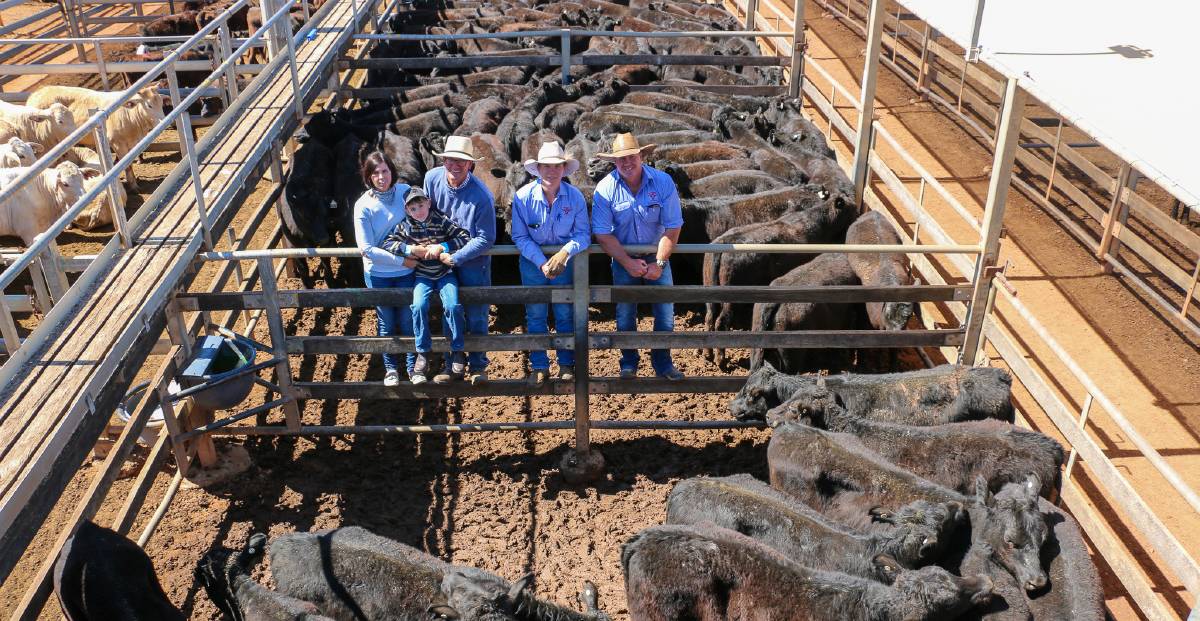 Julie, Leo and Jeremy Shaw alongside Watkins and Co agents Charles Gleeson and Brad Neven with the line of JS Grazing heifers that sold to 568c/kg at Roma on Tuesday. Picture - Maranoa Regional Council.

Injune's Shaw family has been breaking records at the Roma saleyards for a number of years, and they did it again on Tuesday.

Injune's Shaw family have been breaking records at the Roma Saleyards for a number of years, and they did it again on Tuesday.

Offering three pens, they sold the first with the option, which the purchaser, Billy Servin, buying on behalf of his NSW parents-in-law, took up.

The sale set a new top price record for the Roma Saleyards for both steers and heifers.

The couple previously told QCL that heifers were the firm focus of their operation.

"They're the engine room, I guess, of what we want to do," Jeremy said. "It takes a good cow to make a good calf."

Weaners are the family's bread and butter and while many producers expected higher prices for their steers, the Shaws set themselves apart.

"Your steer has got an end-game so you can't get a massive premium on a steer because the bloke at the other end has got to make some money," Mr Shaw said. "But if we can get as much money as we can for heifers...that's where we can fine-tune things I guess."

They focus on their female pedigree and supplement them with an AI program using semen purchased in top priced bulls, including the 2015 $150,000 record price-making Millah Murrah Kingdom K35.