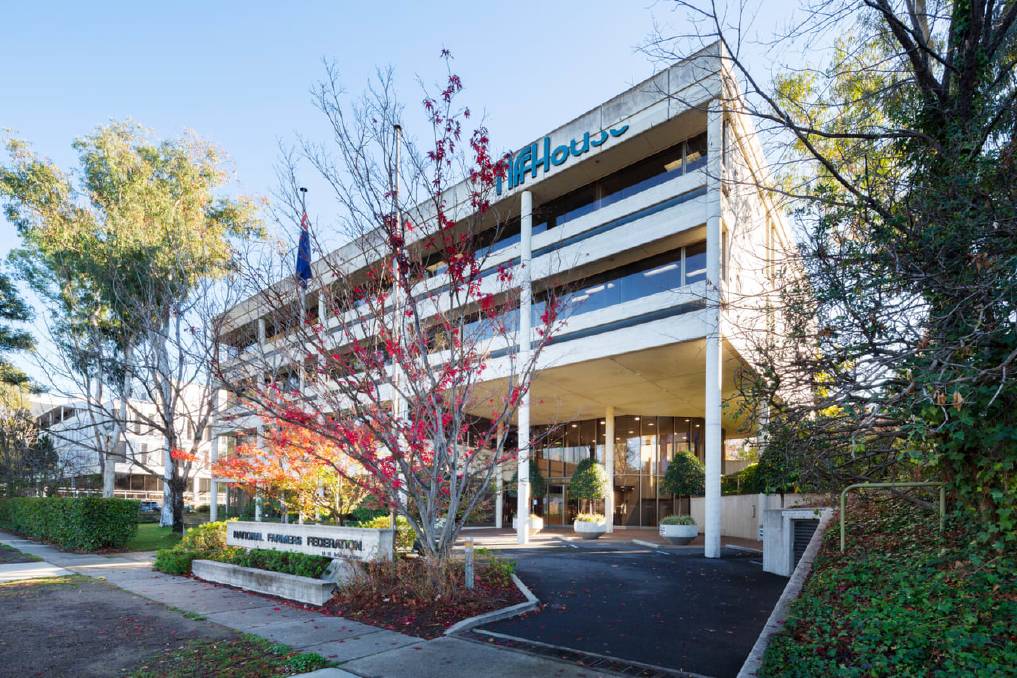 THE building housing a number of agriculture's peak bodies in Canberra has been put on the market, as its owners consider the iconic building's future.

The 30-year-old building, which houses organisations like National Farmers' Federation and Cattle Council of Australia, sustained damage in a large hail storm that wreaked havoc across Canberra earlier this year.

"In light of damage by a recent hail storm and the ageing quality of the asset, NFF House Trustees are assessing what maintenance and upgrades need to be undertaken over the next five to 10 years to ensure that the building continues to offer the appropriate levels of comfort for tenants," an NFF House spokesperson said.

"As part of this process the trustees are also investigating what options might be available to upgrade the building and this has included what any possible redevelopment of the site could look like.

"Colliers have been engaged to commence an expression of interest with potential developers - that process has not yet been completed."

NFF House ownership is governed by a board of 14 separate unit holders.