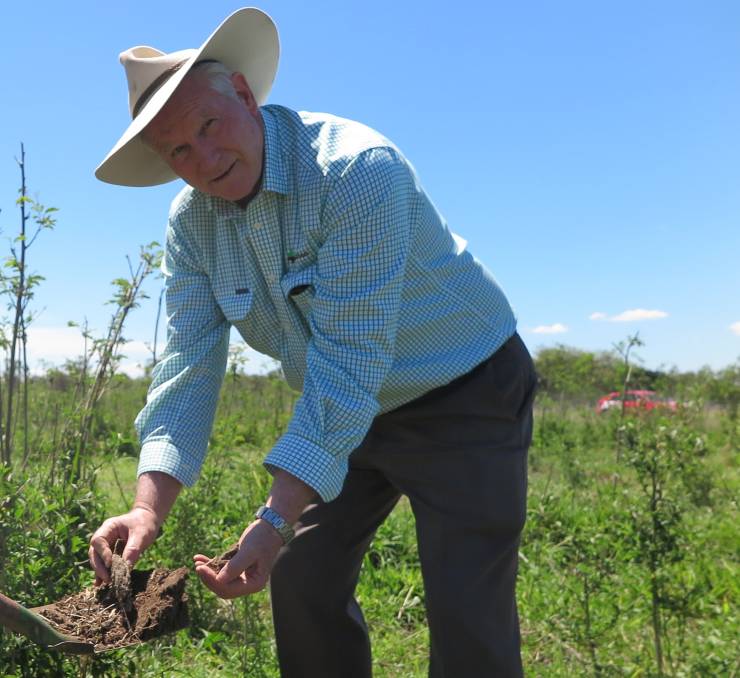 LEADING agriculture industry advisor Dr Terry McCosker says there are a number of things wrong about the current conversation around animals and methane.

Cattle on grazing lands are critical for carbon sequestration - the two go together like a hand in a glove, he said.

Dr McCosker, director of agriculture advisory outfit Rural Consulting Services, has worked in livestock research, extension and property management in both government and private sectors for 45 years. He has made several world-first discoveries in the fields of bull fertility, ruminant nutrition and pasture ecology and is today considered an industry 'influencer'.

The inaugural speaker on a new fortnightly podcast launched this week by big seedstock operation Te Mania Angus, Dr McCosker got straight down to business with one of the most on-trend topics in beef.

SEE:Beef has its finger in the podcast pie

Nothing else can digest cellulose in plant material likes ruminants, he said.

"The furphy about methane is it's accounted for in a linear fashion, in the same way we say a coal station emits carbon. But when we look at livestock, soils and plants they are part of the carbon cycle," Dr McCosker explained.

"The carbon molecules in animal burps has come from somewhere. It's taken from the atmosphere, moves to the plants, to the rumen where bugs convert a very small part of it into methane which is emitted.

"But then while the animal is grazing, there are bugs in the soil that will consume a large amount of that emitted methane."

Dr McCosker said part of the problem with the conversation doing the rounds today was that when methane is measured from animals, it is done in an animal house in a confined place with cattle eating out of troughs, rather than breathing onto soil which deals with the methane.

Mother nature clearly thought of methane emissions a long time ago, it's just humans haven't yet caught up, he said.

Methane has a role to play.

"If we took all the grazing animals out of Australia, the carbon in those plants is still going to cycle - that methane may be emitted in a hot fire or by white ants or termites," Dr McCosker said.

Podcast host Tom Gubbins said carbon accounting splits beef from the land. The two are not calculated in the same model.

"So we get a positive land contribution to climate change but a negative beef contribution, when really the two go hand-in-hand," he said.

Dr McCosker spoke about his belief the successful farmers are those who connect with the land almost in a spiritual way.

That is, they can read the plants and the animals, understand what is occurring and sense what is about to happen.

"Farmers can become very attached to their piece of land. It becomes part of us," he said.

"It's something we are the custodian of for a short period of time and need to pass on in a better condition.

"The more we work with mother nature and understand how she operates, the less inputs we have to put into the land and the more productive, and profitable, we become."

He said the conflict between science and that innate understanding of the farm was the difference between reductionist thinking and holistic approaches to management of the land, animals and plants.

"A lot of agricultural science is built around a reductionist approach - what that means is we can pull things apart and understand how it all operates but things are far more than the sum of their parts," Dr McCosker said.

"Reductionism leads us down rabbit holes. For example, trying to control a particular weed when in fact that weed may well be serving a purpose.

"When you step back and look at things from a holistic point of view, you're asking why is that plant there and what role does it fulfill. It could be supplying trace minerals to our animals

"Where animals go into a paddock they'll sometimes eat what we call weeds first, before what we've planted - they are doing that for a reason."