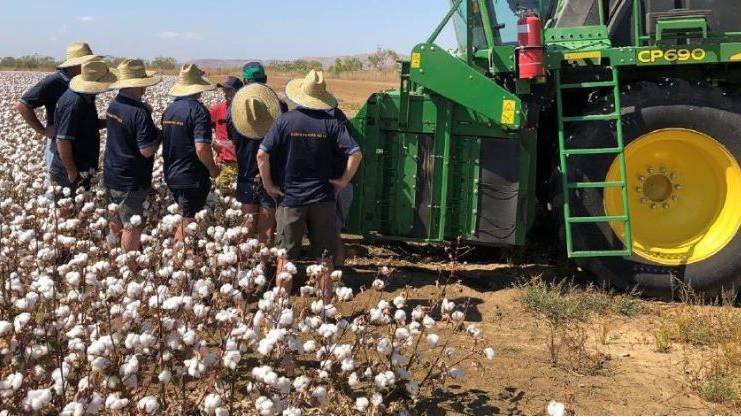 Cotton is already grown, albeit on a relatively small scale, in the Ord River region in Western Australia.

THE NEXT big expansion of Australia's cotton sector could come from unlocking the potential of our nation's tropical north.

That is one of the findings from a Rabobank report which looks at the 10-year outlook for the crop.

Rabobank cotton sector analyst Charles Clack said while the short-term outlook was difficult as the industry deals with the impact of consecutive years of drought in its southern Queensland / NSW heartland and the COVID-19 pandemic, longer term there was plenty to be positive about.

In particular, he said new areas could open up for the industry.

He mentioned potential irrigation districts that could be established in areas such as the Douglas and Daly Rivers and the Katherine region in the Northern Territory and the areas on the Gilbert and Flinders Rivers near the north-western Queensland town of Georgetown as having potential for cotton.

The Broome region, where pastoralists are irrigating using centre pivots drawing on groundwater may also be suitable for cotton production.

Along with, Mr Clack pointed out a fledgling cotton industry centred on Kununurra and the Ord River Irrigation Scheme and said it highlighted there was cotton could be successfully grown in our tropics.

He said agronomically he believed cotton could work.

On the demand side, Mr Clack said Australian was ideally positioned to cash in on growing demand from places such as south-east Asia and Bangladesh.

This year, he said it would be tough going due to COVID, with a 13 per cent year on year drop in consumption.

However, longer term, over the course of the decade Rabobank is predicting a 1.1pc year on year rise in demand from 2021-22 onwards.

"Our modelling suggests Australia has the opportunity to increase its export volumes to over five million bales through the next decade, if production allows, with south east Asia an attractive market," he said.

"South-East Asia is expected to account for 55pc of global demand growth over the next decade, signifying an extra 7.5 million bales of export opportunity," he said.

However, even with Australia's freight advantage he said the booming Brazilian cotton sector was likely to meet much of the south east Asian demand. 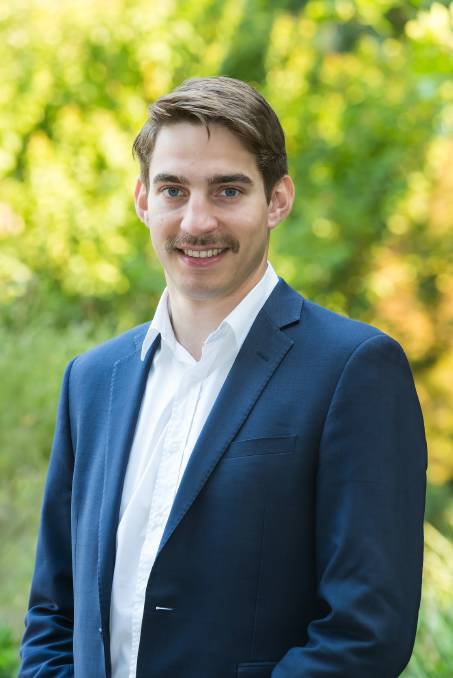 Charles Clack, Rabobank cotton analyst, is confident in the potential of tropical Australia as a major cotton producing region.

"Australia will face fierce competition from Brazil, India, and, to a lesser extent, the US," he said.

Ironically, after drought decimated the Australian crop over the past two years, Mr Clack said the Aussie industry's consistency of production would work in its favour.

This is due to the fact the sector is mainly irrigated with much more consistent product and tonnage than the mainly rain-fed systems of key competitors such as India and Brazil.

With varietal advances cotton is now grown as far south as Victoria but Mr Clack said the north offered more opportunities into the future as cotton in areas like the Murrumbidgee and the Murray faced competition for water from permanent crops.

"The relative margins of alternative plantings - such as fruit trees, nut trees and berries indicate a shift in water-purchasing power in those areas towards permanent crops," Mr Clack said.

To meet the growing export demand, which he pegged at 5.3 million bales he said Australia would have to expand area and see yield trends continue upwards.

"We believe this can be achieved through a combination of an on-trend yield rise - nearing 10 bales per hectare by 2029/30, plus a rise in area towards 540,000 harvested hectares, assuming 90 per cent irrigated," he said.

The yields and the areas have both been achieved before in years of good water allocations, but Mr Clack said diversifying away from traditional cotton areas would be important.

He said the 10-year average for harvested area was closer to 400,000 hectares, reflecting the challenge Australian producers faced due to the unpredictability of seasons and water availability.

For the northern industry to truly thrive Mr Clack said infrastructure would have to be built.

He said the lack of ginning infrastructure - with raw cotton processed at Emerald or Dalby gins, at considerable cost, was the most pressing short-term industry need, but he said it would be worth it.

"The road ahead holds hurdles and risks for early adopters and, while expansion may be slow and frustrating, Rabobank believes northern Australia will play an essential role in meeting future Australian cotton export potential," Mr Clack said.