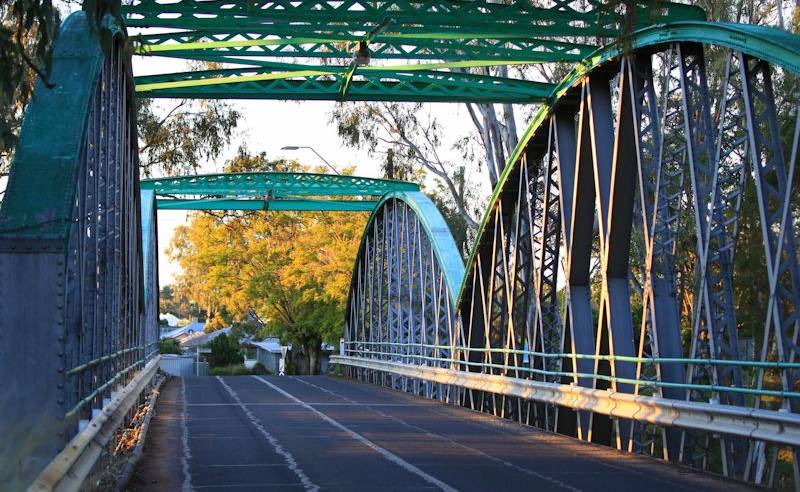 The border bridge at Goondiwindi. NSW wants swift action on letting ag workers through all state borders with proper protocols in place.

Australia's federal, state and territory ag ministers will convene on Tuesday to nut out a national agricultural workers' code to prevent major labour hits to the ag sector.

Marked as urgent by NSW, a potential code would go to national cabinet on Friday for final approval to end labour shortages in many ag industries, including for the impending large harvest in NSW.

Mr Barilaro said agriculture was an essential industry and that it was imperative restrictions were lifted to ensure farmers had an adequate workforce for the fast-approaching harvest.

"The situation is now at the 11th hour for many producers across the State. We cannot stand by and watch farmers, crops and businesses face ruin due to the border closure with Victoria," Mr Barilaro said.

"Agriculture is an essential industry. Our farmers feed and clothe the nation and we must do everything to ensure they can continue to operate as smoothly as possible.

"NSW is an agriculture production powerhouse and this needs to continue, to help the economy recover after COVID-19, and bring many communities and farmers back from the brink after years of drought."

Mr Marshall said he would be taking forward a proposal to a meeting of Agriculture Ministers, which would see "sensible safety requirements imposed in exchange for the removal of all other restrictions on the movement of agricultural workers across all borders".

"Our farmers are suffering because the current cumbersome permit system restricts the free movement of agricultural workers across the NSW/Victoria border, beyond 100 kilometres," Mr Marshall said.

"While we have been able to introduce a new permit which has allowed more primary producers to access exemptions, the time has definitely come to remove these restrictions altogether.

"That's why tomorrow I will be taking a proposal to a meeting of Agriculture Ministers which will would see border restrictions on farmers removed in exchange for sensible safety requirements.

"As part of that proposal, new requirements would be introduced to ensure the safety of primary producers and rural communities, including having a mandatory COVID Safe Plan in place, the use of PPE by workers as well as robust records keeping to allow contact tracing.

"Our farmers have had a gutful of these senseless border restrictions and so have I. As Agriculture Minister I am not going to stand by quietly while our primary producers face failed crops and animal welfare disasters due to well-meaning but impractical road blocks."

The Minister for Agriculture is proposing an Agricultural Workers Code that would allow for the free movement of agriculture so long as COVID-19 safe strategies are in place including individual record keeping, COVID-safe plans, the use of PPE and regular voluntary testing.

The story National code sought to allow ag to work first appeared on The Land.