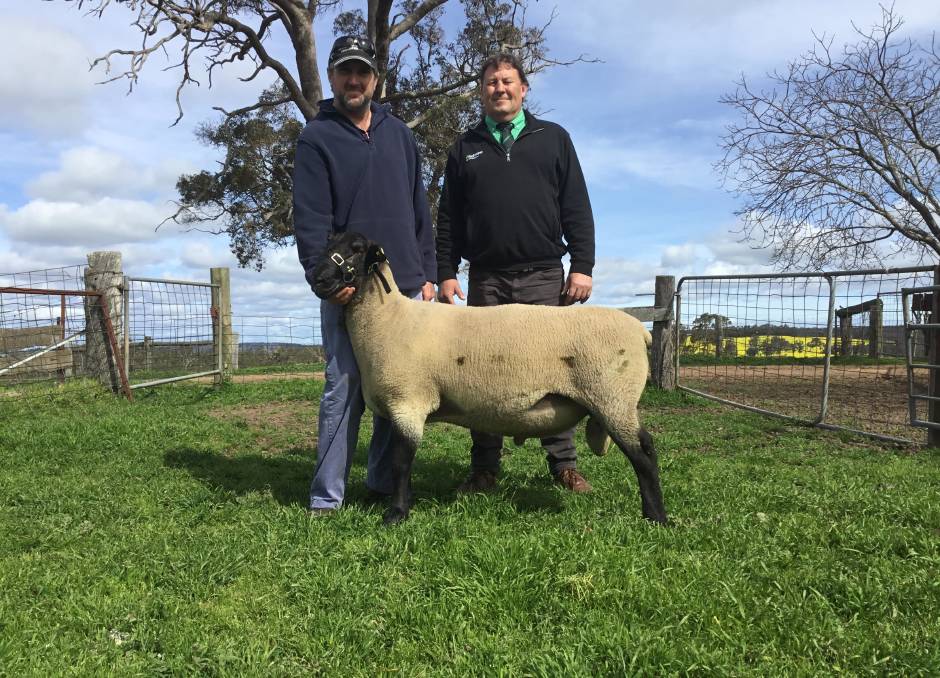 "We were keen to keep him as a stud sire but the offer came so we decided to sell a half share."

AN upstanding Suffolk ram from Richard Philipps and Sally Larkin's Karinya Suffolk stud, Boyup Brook, will be headed to South Australia later this year after they sold a half-share in the ram.

Mr Philipps described 9028/19 as a well-balanced and well-muscled ram.

"We identified him early with genomic testing as a trait leader for the terminal carcase production index," Mr Philipps said.

"We used him as a ram lamb in our 2019 mating and he has about 30 lambs on the ground now which look very promising.

"We were keen to keep him as a stud sire but the offer came so we decided to sell a half share."

Buyer Steve Funke said he was looking for a new Suffolk sire and identified the ram on its figures while searching on Sheep Genetics.

"From their I got in touch with Richard and got some photos and videos sent over and liked what I saw," Mr Funke said.

Roy Addis then inspected him for us and confirmed he was a good ram in the flesh."

Mr Funke said the ram would be an outcross for their stud and he was really impressed by its exceptional growth and balance of muscle.

"He also is also very correct and true to type," Mr Funke said.

"I believe he should be a ram to take the breed to the next level given his superior growth traits."

Not only is the ram easy on the eye, it also has all the important LambPlan figures to match.