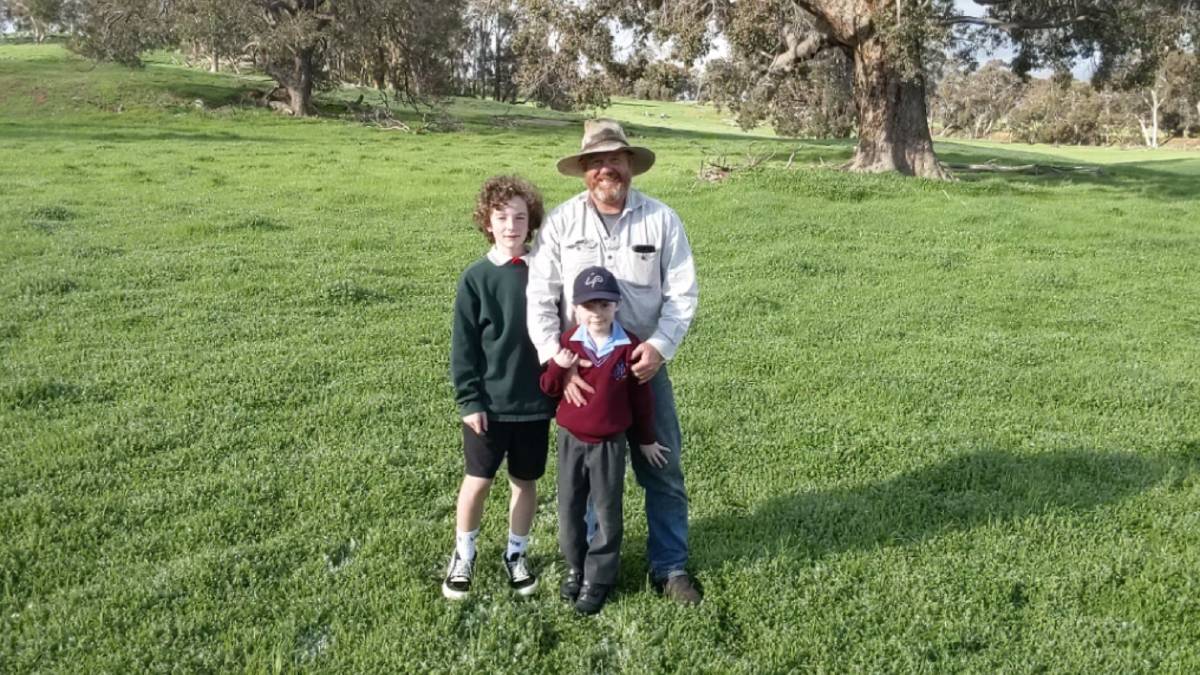 Wayne Girando with sons Jack and Finn on their Boyup Brook, WA, property.

As wool prices continue to plummet, growers have been forced to make difficult decisions about whether they hold onto their wool or accept the prices and sell.

As wool prices continue to plummet, growers have been forced to make difficult decisions about whether they hold onto their wool or accept the prices and sell.

And it appears there's been no one-size-fits-all approach, with the response from growers across the country being completely mixed and situational.

In WA, Nutrien south-west wool agent Matthew Chambers said the growers he worked with were all taking different approaches depending on their situations.

Mr Chambers said some were holding onto their wool, some were offering and passing in and some were "just accepting the prices and moving on".

"Some are looking at the 10-year average and saying it's not too bad and then there are others that just need the cash flow," he said.

"It's the time of year where there are a lot of inputs and very little income other than a wool cheque," he said.

"Most are still a month away from selling off fat lambs and live-ex orders are only starting to move now, so there's a certain group that just need to move on."

Then there were others that weren't in as desperate need and were more willing to "role the dice".

"These are the optimists; they're hoping to find the market improving over the next few months," he said.

But he said the general mood among wool growers regardless of situation was disappointment.

"Many growers are looking at half the value they received last year," he said.

"It's pretty frustrating and hard to accept."

Mr Chambers' advice to clients during this uncertain period was to at least get their wool tested and valuated.

"That way you know where you stand," he said. 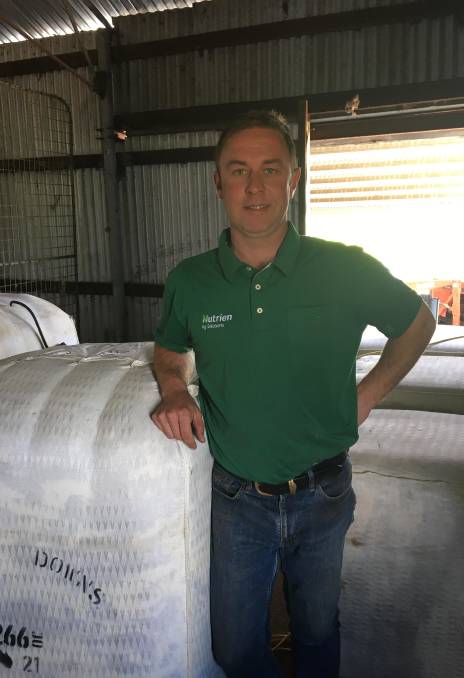 Looking forward, he said the increasing amount of growers holding onto wool could lead to a stockpile and that was "the big worry".

"If we see a short-term increase in demand, the supply side is going to be more than enough to cover it," he said.

"The moderation of any [price] peak will be the outcome."

At Boyup Brook, WA, Wayne Girando is waiting on the results of his wool tests before deciding whether to sell or not.

But Mr Girando said he would most likely meet the market, so long as it didn't get any lower.

He planned to sell his non-mulesed wool first, as he believed it might attract stronger prices, and then sell the rest afterwards.

"We've moved to an eight-month shearing cycle, so we're thinking even with the downside in price now, we'll be shearing again in April, so hopefully when we sell then [there's an upside] and that will balance it out," he said.

He said while it was frustrating to be operating in the current marketplace, the positive sheepmeat prices had provided some optimism.

"The mutton and lamb job is still quite good and we're due to sell some mutton this week," he said.

"That's the good thing about breeding a dual-purpose animal.

"I think if the meat job came off a bit I'd be a bit more depressed."

Elders Vic Riverina/SA wool manager Lachie Brown echoed Mr Chambers' concerns about a wool stockpile but said the impact of it would depend on how quickly growers responded to a potentially rising market.

"If the market starts to rise and we see growers gradually begin to market their wool, then we shouldn't have too big of a problem," he said.

"But if we see a flood of wool hit the market, it's going to cause some issues."

Although he said it was important to note the current stockpile consisted of more than just one type of wool.

"There's a range of types there from superfine Merino wool to broader crossbred wool," he said.

"And there are segments of the market that will start to rise before others because of the type of supply in brokers' stores and on growers' farms."

In his region, the reaction of growers to the market had been a "mixed bag".

"Each grower is adapting in an individual way," he said.

"Some are looking to meet the market when offering for sale with the view that they look to next year for upside and next year's clip is already growing.

"Others are holding onto parts or all of their clip with a view that there'll be an upside in the future.

"Some are even looking at forward selling to take the risk off the table."

Mr Brown said while most wool growers were disappointed by the current situation, there was still a hint of optimism, and that was largely attributed to the season.

"Most are in a better position season-wise than they were this time last year," he said.

"It obviously depends on a continuing good spring and good falls to come but they're well set up from a feed cost perspective at this stage."

He said most understood the reason behind the market's downward trend and that offered reassurance given it had nothing to do with the wool industry as a whole.

"COVID-19 has virtually stopped any consumer demand in some markets," he said.

"It's not an unseen menace, we know the reasons behind it."

Sponsored by
Climbing input costs may be shrinking the profit margin many dairy farmers hoped to again see this season.
Test
Deputy Prime Minister Barnaby Joyce has tested positive for COVID-19.
Test
The choice between leasing and buying might just come down to whether commodity prices or farmland prices have the most room to grow, a leasing expert says.
Test
CSIRO research shows cattle contribute far more protein than they consume
Test
A total of 4133 head of cattle were consigned at Roma's store sale on Tuesday.
Test
GP who go rural or remote will have their student debts wiped under a new federal government scheme.
Test
Strong yardings are continuing as a late spring flush pushes extra lambs onto the market and applies downward pressure to prices.
Test
The long-running issue about what level of stocks information is required by the grains industry is once again in the headlines.
Test