The proportion of Australian wool offered for sale that is non-mulesed is increasing but is it enough to satisfy consumer demand? 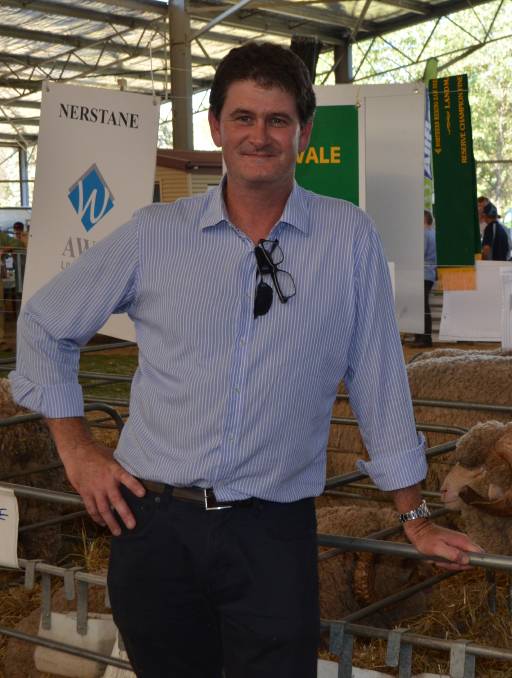 As an influx of wool from New Zealand and South Africa starts coming onto the market - all of which is non-mulesed - will Australia's already struggling market face further losses because of its lower percentage of non-mulesed wool?

Australian Wool Exchange has just released data that shows the amount of wool declared as non-mulesed in Australia in the first two months of the 2020/21 season was 14.1 per cent of the proportion of wool offered, 10pc higher than the same period last season.

An even bigger increase was seen in the bales offered as ceased-mulesed, a total of 3.7pc, which was a 90pc rise on the same time last year.

In addition, the number of bales declared with anaesthetic/analgesic was 3pc higher at 40.1pc of the offering.

In total, the number of bales with a National Wool Declaration (NWD) was 78.2pc, 10pc higher than the same time last season.

While these figures indicate Australian growers are showing an increasing interest in ceasing mulesing or using pain relief, New England Wool managing director Andrew Blanch said the perception from the market was that Australia was not moving fast enough and there was a worrying trend that saw some buying orders that nominated a country "other than Australia" as the place of purchase for their raw product as a result.

"Animal welfare issues still plague the Australian industry - real or perceived - with the reality being that many of our clients are receiving fabric orders specifying a product containing only non-mulesed wool," Mr Blanch said.

"This may necessitate discounting or neglecting a large percentage of the Australian offering, or worse still, a shift in orders to other markets where non-mulesed product can be more readily sourced, which is obviously not what we wish to see occur.

"Since the start of COVID-19, the majority of forward business New England Wool had been able to negotiate has been for wool carrying non-mulesed or ceased-mulesed status [and] wool emanating from farms that are part of a respected sustainability scheme.

He believed declaration and sustainability schemes should be utilised by every wool producer in Australia.

"Declaration and sustainability schemes, if integrity is assured, can be the fundamental building blocks in telling the good wool story and provide factual and relevant information to the market," he said.

And he said there was an increasing demand for compliance and a movement towards a regenerative type of agriculture, beyond "just ticking boxes".

"Platforms such as SustainaWOOL are the most effective way to tell your particular story, so maintenance of memberships are important and are encouraged by exporters, processors and brands," he said.

"The consumer is looking for differentiation and brands are seeking a 'real' reason to have their product chosen over many other similar items; the wool pipeline needs to respond to these market requirements," he said.

"The underlying movement towards clean, green, natural products is undeniable and will create a solid base for our fibre in the years to come."

G Schneider Australia managing director Tim Marwedel said while there had been increasing demand globally for non-mulesed wool in recent years, the premiums in the market were minimal at the moment.

Mr Marwedel said given the COVID-19 situation and the impact that had had on consumer purchasing, it had been a very difficult time to move any type of wool - mulesed or non-mulesed.

"Demand for raw materials, not only wool, has been significantly impacted as a result of the global shutdown of retail outlets as consumers worldwide have stopped spending on non-essential items," he said.

But he believed there were more producers showing an interest in exploring the possibilities of non-mulesed operations.

"We're not trying to tell wool growers how to look after their sheep, they do that so well already," he said.

"All we can do is keep giving them the information that our clients are giving us and that is that they are increasingly requesting non-mulesed wool.

"And the Australian wool clip has improved with that focus a lot in the last few years."

He believed consumers would continue to change their spending habits and look to purchase more sustainable products.

"Retailers will need to showcase their environmental credentials to rebuild trust with their customers and wool products will benefit from this," he said.