Ken Wilcock notes that the current supply picture has the potential to go from bad to worse. 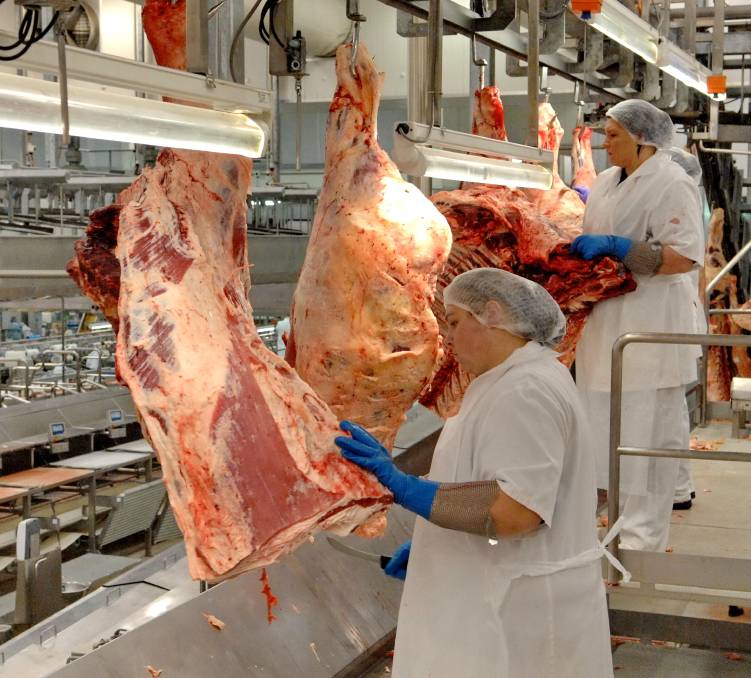 GLOOMY OUTLOOK: The supply picture right now has the potential to go from bad to worse. If the La Nina spring break does occur and it continues to rain through the summer, cattle numbers will completely dry up.

AUGUST can often be a very tough month for sourcing slaughter stock and so it proved this year with shortened kills resulting in a much reduced export volume of just 78,021 tonnes, according to latest Department of Agriculture figures.

Excluding the short months of January, the last time monthly volume dropped this low was February 2017.

This year is right up there with a fall of almost 11,000t. That is 12 per cent down on last month and 27pc down on same month last year.

But while in most years there is something of a surge in the final quarter and improved tonnage in the run-up to Christmas, it may not be on the cards this year.

It is simply a case, it would seem, of there being little incentive to carry steers through for another year to make bullock weight when they can be turned off for the equivalent of bullock money as a feeder steer.

The renowned bullock fattening region of the Channel Country is a good example of the change that has occurred in the past two years.

As Tony Schutt, from Arrabury Pastoral Company, told me recently, Channel bullocks just won't be there in the same numbers as in the past. Everyone will still have some, but it is just not the focus any more.

"We were always bullock producers but it is very hard now to even think about keeping a bullock for an extra year when you have that feeder opportunity," he said.

As an industry that desperately needs throughput at the moment to maintain production efficiency, that is not what the processing sector would want to hear.

But unfortunately the supply picture right now has the potential to go from bad to worse.

As Tony sees it, if the much talked about La Nina spring break does occur and it continues to rain through the summer, cattle numbers will completely dry up.

It is simply a case, it would seem, of there being little incentive to carry steers through for another year to make bullock weight when they can be turned off for the equivalent of bullock money as a feeder steer.

With their properties only half stocked for quite some time now, they need to string some seasons together to rebuild breeder numbers.

Multiply that out across the industry as a whole and the percentage of females in the kill will likely go into freefall.

For now, reduced availability of cattle has resulted in an overall year-to-date fall in beef exports of just under 9pc.

The market least affected is Korea, whose year-to-date count is just 4.5pc down on last year.

It has maintained a stable import pattern of around 13,000t/month since February, an outcome due in large part to its world-leading success thus far in containing the coronavirus pandemic while basically remaining open for business.

However it remains to be seen whether health officials can stem the latest outbreak in the densely populated Seoul metropolitan area without disruption to the foodservice sector through restrictions on restaurants.

Home delivery saved the day in the first wave of infection in February when many people chose to self-isolate and chances are that Korea will see this latest challenge through in similar fashion.

Accordingly, demand for imported beef might be expected to remain largely unaffected for the remainder of the year.

Unlike Korea, the United States market has exhibited considerable rise and fall in volume from Australia in recent months all due to flow-on effects of virus outbreak.

The prospect of heightened domestic lean supply and South American imports will likely keep US demand for Australian product at modest levels for the rest of the year.

Unfortunately the US also finds itself with higher-than-normal levels of fed beef and with the benefit of equalised tariff is now putting it to Australia in the Japanese market.

In the nine years that I have been keeping count, I can find only one other occasion (January excluded) when monthly tonnage has fallen below 20,000.

On present indications, 2020 looks as though it will be Australia's lowest export year to Japan since 2002.

China, meanwhile, with five Australian plants now suspended and its trade-agreement safeguard triggered in late June, has seen monthly tonnage from Australia more than halved since May. August volume was just 11,722t.

Whether we will see a late surge this year for release in January in time for the Chinese New Year Festival remains to be seen.

THE August blues of export cattle supply has continued into September's early markets with numbers and quality both down.

Dalby dropped back to 2900 last Wednesday while Wagga's offering of 2700 on Monday carried the qualification that secondary cattle were well represented.

One major processor contact, however, indicated that southern oats-crop cattle are starting to come through so the weeks ahead may hold some improvement.

Considering the vast numbers of cattle that were trucked south from central and north western Queensland from quite early on in the year and the reported quality of the feed they were going onto, it had been anticipated that the heavier, turnover types may have started to come forward a little sooner.

However, considering the general scarcity and high price of replacement cattle, it would make sense that there will be no rush to offload anything on hand while the feed is still there.

In central and north Qld, the kill season is reported to be shortening up noticeably quicker than occurred last year.

Instead of coming forward, aged cows that are showing up in second round musters are reportedly being put back out.

Similar descriptions in southern NSW and SA are showing 605c and 550c respectively.