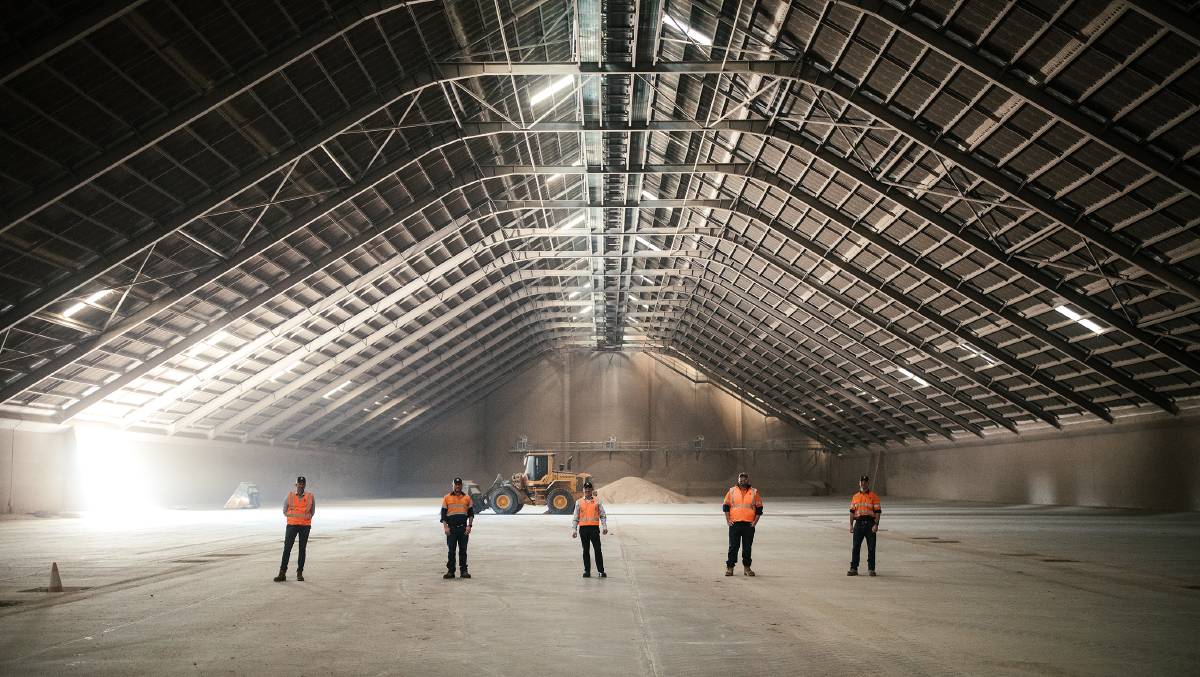 GrainCorp will do away with a number of long-standing practices at harvest this year, moving to a more contact-free set up at its sites.

GIVEN its footprint included COVID-19-hit Victoria it was always likely that bulk handler GrainCorp would have to shake things up to keep the ball rolling.

Since March there have been a number of COVID-19 inspired protocols in place, but these will be tested out on a grander scale as GrainCorp enters its busiest period, the winter crop harvest, which is just kicking off in Central Queensland now before making its way south.

GrainCorp operations general manager Nigel Lotz said growers and grain transporters would notice a number of differences at his company's sites this year, with a number of long standing practices at the sites going by the wayside.

However, he said he was confident growers would find the new-look GrainCorp more efficient to deal with.

One of the headline changes will be a rule that there would be no access for customers into sample stands and weighbridges as part of a concerted push to minimise the movement of truck drivers on-site.

Traditionally sample stands in particular could be a hub of activity with a host of farmers and staff squashed tightly into a narrow room, the worst possible practice in today's COVID-19 conscious environment.

Another new initiative is a no transfer policy regarding paperwork.

Any paperwork required will not be handed back and forth between GrainCorp staff and truck drivers and the text on paperwork will be made larger so it can be read from a distance.

In terms of sampling, the farmers will now have to provide samples in zip-lock bags and not wait at the sample stand for the results.

Bags around a kilogram in size are encouraged, to be left at a designated drop off area.

"We will test the sample and call or text results," Mr Lotz said, reassuring growers the process would not take any longer.

"In fact we may even find it is quicker with less interruptions."

He said that many of the new protocols had been working successfully as the company outloaded old crop grain and took deliveries to processing facilities.

"We've been doing this since March and we've had no infections so we're pleased it is working."

"The key is now to get the message out to growers about how the sites will work."

It is also the end of an era with farmers unable to sell grain direct off the weighbridge, with deliverers of grain will not be able to sell via traditional onsite methods, instead all loads will be placed into warehousing where the farmer can allocate the grain via CropConnect or the grower hotline.

"As soon as the ticket is processed they can sell via CropConnect or over the phone."

While the app is proving popular he said others modes of sale had been retained for those less confident using technology.

GrainCorp will still collect NGR, paddock details, treatment status and vendor declarations at the sample stand or weighbridge and maintain active 'live' prices at its sites, meaning farmers can still gather information for their marketing decisions at the site.

Farmers will be able to print off the necessary forms and hand them over at the site, meaning there is no need for transferring documents back and forth.

Truck drivers socialising in person while waiting in line will also be kept to a minimum.

"We identified the time in line with long distance operators potentially from outside the region mingling as one of the high risk areas so we'll really look to cut that back this year," Mr Lotz said.

He said there would not necessarily be any constraints on truck drivers sleeping in their vehicles to tip off early the next morning provided they remained in the truck but said operators also needed to ensure they were looking after themselves properly.

"We're not going to say no but people need to be getting a decent rest at harvest time as well so you'd hope they would not be doing it too often."