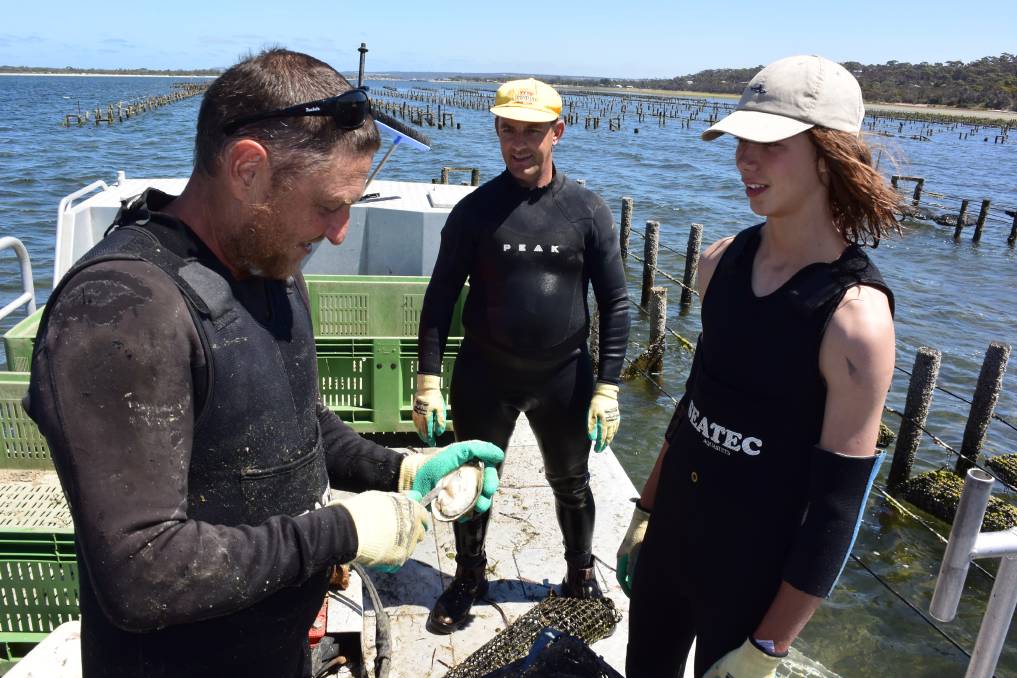 Seaweed grown in waters off Kangaroo Island reduce cow burps and farts around the globe.

An exciting new venture could see seaweed, grown in waters off South Australia, reduce cow burps and flatulence across the globe.

United States-based company CH4 Global has announced its intention to grow and harvest seaweed in SA, with Kangaroo Island earmarked as one of three initial sites to kick-start their million-dollar climate project.

The world-first initiative will see the company process a species of seaweed as a supplement solution offered to dairy and beef cows to dramatically reduce methane emissions.

The work aims to focus on "urgently impacting" climate change within the next decade.

At Port Lincoln, SA, the company was working with various aquaculture companies, as that town was already an industry hub with existing support infrastructure.

Meanwhile, on the Yorke Peninsula, it was working with Narungga Nation Aboriginal Corporation to set up a new aquaculture operation on land it controlled.

On KI, CH4 SA is entering into a partnership with American River oyster farmer Ken Rowe of Kangaroo Island Shellfish.

Mr Rowe said CH4's plans fit perfectly with his concept and business model of "positive impact aquaculture", which entailed his operation having a net social, environmental and financial benefit on the local community. 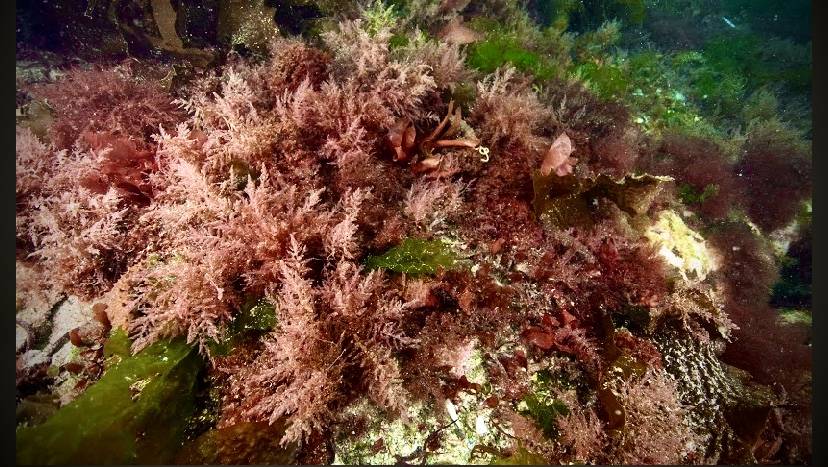 +2
Photo of the specific seaweed to be grown

Both CH4 and KI Shellfish are advocating for integrated multi-trophic aquaculture or 3D ocean farming where multiple species are grown together.

Dr Main said the company intended to grow a specific species of seaweed - Asparagopsis armata - on rope lines suspended out in open water on existing aquaculture leases to begin with.

Long-term, CH4 would like to expand its operations to have more seaweed lines in even more open water, he said, adding his background was in the Tasmanian salmon farm industry.

"We don't know exactly where, but our research and development will look at what areas are suitable and the seaweed itself will tell us where it likes to grow," he said.

Mr Rowe said the Asparagopsis seaweed was known to grow in KI waters and possibly even on his oyster leases at American River.

CH4 says the seaweed project has the potential to create significant employment opportunities for all three of their first harvest sites.

Dr Main said about 20 hectares of seaweed lines would create enough product to justify a drying operation on KI, which would create further employment.

Funding of $3 million will allow the company to scale up its operations in SA and New Zealand, and begin the aquaculture and processing of Asparagopsis armata.

Importantly, Dr Main said the environmental issues the company addressed with its technology was extensive.

"Each year over the next two decades the greenhouse gas output for those 1.5b cows is greater than the GHG output from China - the largest GHG emitter by country in the world.

"When added to feed, less than 100 grams per day, the processed seaweed can reduce methane emissions from cattle by up to 90 per cent."

The initial focus will address the market for dairy and beef cattle in Australia, NZ and California, which is expected to exceed $1 billion by 2030.

In Australia, CH4 Global has identified SA as the primary market, with the state set to become the centre of a new industry projected to be worth at least $US200m within the next five years.