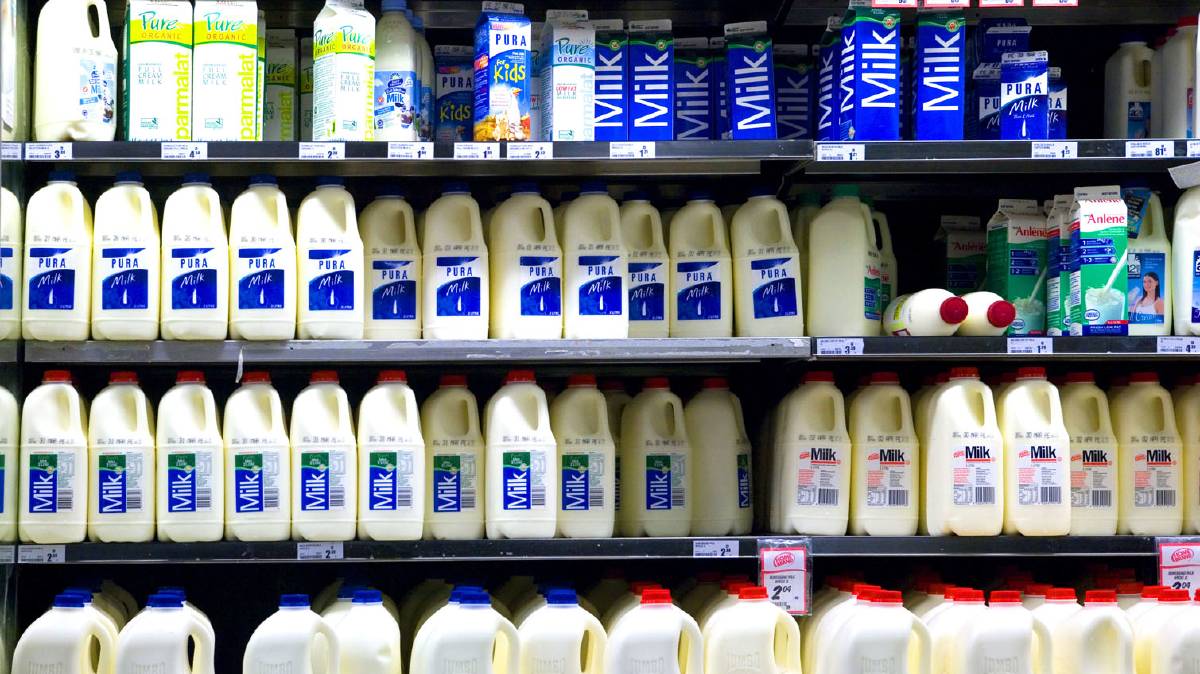 SUPERMARKET POWER: Dairy processors are being urged to tell the full story of their dealings with supermarkets.

Dairy processors and farmers are being urged to reveal all about their dealings with supermarkets to the Australian Competition and Consumer Commission.

Dairy processors and farmers are being urged to reveal all about their dealings with supermarkets to the Australian Competition and Consumer Commission.

Queensland Dairyfarmers Organisation president Brian Tessmann, in his weekly column in Queensland Country Life, said people had a responsibility to "tell it like it is".

"For years, processors and direct supply farmers have whispered tales of coercion, bullying and veiled threats made by the major retailers," he said.

The ACCC is conducting an inquiry into the power imbalance between farmers, processors and retailers.

The government has mandated the ACCC complete the inquiry within three months, so it can act on its findings quickly.

Submissions need to be in by September 18.

Agriculture Minister David Littleproud said the aim of the inquiry was "to make sure that supermarkets are not abusing their power in their dealings with farmers".

"This isn't about regulating prices, this is making sure farmers are treated fairly," Mr Littleproud said.

Mr Tessmann said some primary producers and processors were saying they did not have proof to tell their stories.

"Some of the stories I've heard over the years have included processors being forced to develop new product lines, forced private label supply, 'Exclusive to X' packaging sizes and unnecessary changes to formats and weights," he said.

"And while there isn't anything inherently wrong with retailers suggesting product innovation for the benefit of consumers, it is wrong and unfair when these demands result in product wastage and costly changes to production processes.

"Other tactics I've heard of being used include the expectation that suppliers should supply below cost if they want to ensure future contracts are secured; not talking to the media or to other suppliers and generally keeping all 'negotiations' under wraps.

"There is never an email, a formal letter or any other incriminating evidence that can be produced in a court of law; but that is not to say that it does not happen."

Mr Tessmann said while it was naive to think that no deals were being made behind closed doors, how these deals were being negotiated and the terms that processors and direct supply farmers were being forced to agree to, were putting pressure on the whole supply chain.

"So while you may think that it is not your story to tell because you don't have the smoking gun as proof, it is the sheer number of these stories combined that will show the ACCC and the Federal Government the true extent of the power imbalances that exist because of the influence and power of Australia's retail giants," he said.

The ACCC said people could make their submissions confidentially, if they feared repercussions for speaking to it.

As part of the inquiry, the ACCC will also examine issues specific to the dairy industry, including the effectiveness of the existing Dairy Code, the cost of producing milk in different parts of Australia and the extent to which it is taken into account by the other levels of the supply chain.

It would also consider regulating the price of particular items, such as milk.

The motion - which was not opposed by the government - called for the expansion of the ACCC inquiry to investigate how a minimum farm-gate price could work.

"We agree with the Senate's call for the Australian Competition and Consumer Commission to investigate how the government could or should regulate the farmgate price paid for fresh milk by processors," he said.