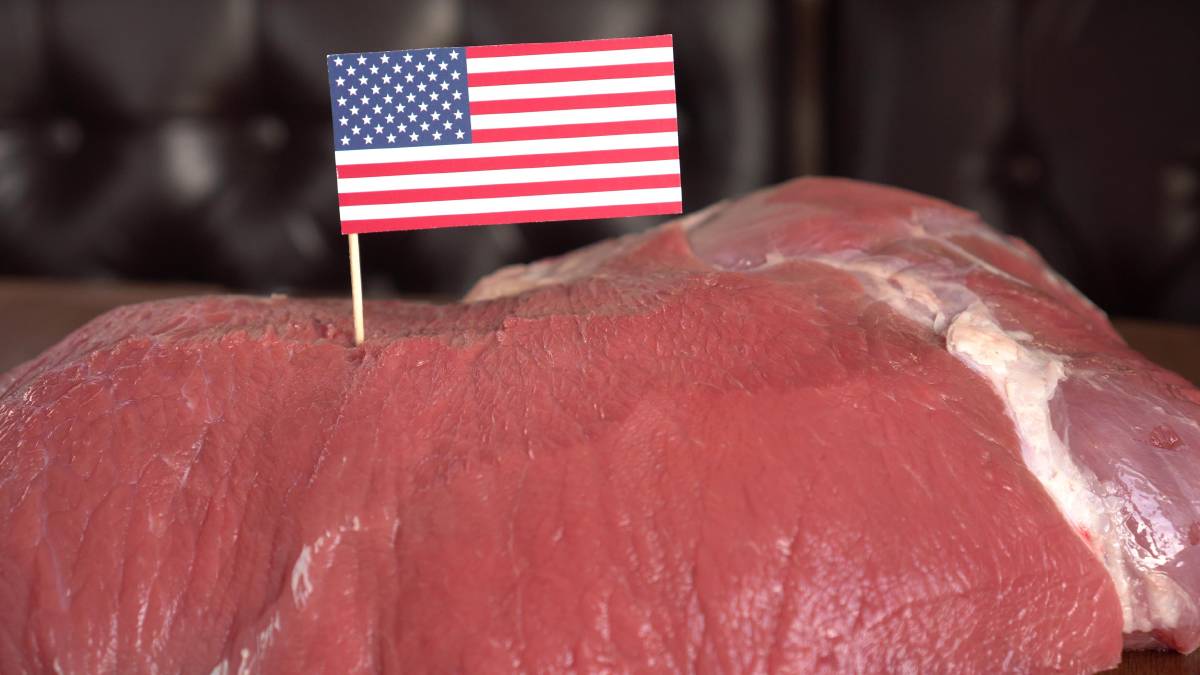 ON TOP: The US has now surpassed Australia as the top supplier to Japan with 43pc share in 2020 on a July year-to-date basis compared to 41pc in 2019.

Ken Wilcock notes that the US is recapturing market share and gaining ascendancy in key markets.

LATEST US beef export figures compiled by US Meat Export Federation confirm the rising trend of US beef sales into the shared global markets of Japan, South Korea, China and Taiwan.

It was clear that as US beef production came out of its COVID-19 woes it was going to be 'game-on' in the important Asian markets and anecdotal reports from sales desks at the Australian end suggested the going was indeed getting tough.

It was therefore something of a pleasant surprise that Australia's July exports to Japan and Korea managed to hold ground at around 21,000 and 13,000 tonnes respectively.

Despite an overall 36 per cent increase on June, USMEF president and CEO Dan Halstrom felt that the bounce-back was not quite as strong as expected as this year's July figure was still 9pc behind last year's.

But the only reason the July result could be considered a touch disappointing was a massive decline in sales to Mexico and that was hardly surprising as coronavirus was still hitting that country for six.

Despite the modest downplaying of the July result, the message in the figures is crystal clear: the US is recapturing market share and gaining ascendancy in key markets.

In the case of Japan, the biggest beef export market for the US and Australia, the US has now surpassed Australia as the top supplier with 43pc share in 2020 on a July year-to-date basis compared to 41pc in 2019.

With our August export figures already to hand we know there is worse to come.

As stated in last week's column, 2020 looks as though it will be Australia's lowest export year to Japan since 2002.

Not surprisingly, Halstrom is upbeat about US prospects elsewhere in Asia.

"Weekly export sales data along with observations from our USMEF-China team suggest that China's demand for both US pork and beef will be strong through the balance of the year including purchases for Chinese New Year," he said.

"When combined with the rebound in other main markets, growth in emerging markets and the return of US supply advantage, USMEF remains optimistic about a strong finish for US red meat exports in 2020, despite many challenges related to COVID-19."

The Bureau of Meteorology climate update issued on Monday says that all models now anticipate La Nina thresholds to be exceeded from October and sustained until the end of 2020, with most extending these values into early 2021.

Weather watchers will recall that the 2010-2012 La Nina events in Australia were paralleled by intense drought conditions in the United States which triggered large scale herd liquidation there.

Currently one-third of the US, mostly in the western half of the country, is in drought.

In the western region, 50pc of pastures are described as poor to very poor while 42pc of pastures in the Great Plains and Southern Plains regions are similarly described.

Significant herd liquidation has not been reported so far but conditions are expected to lead to some regional destocking and relocation of cows.

GERMANY's Federal Ministry of Food and Agriculture (BMEL) announced on Wednesday last week that the country's first suspected case of African swine fever had been confirmed.

South Korea was the first to move to stop importation of pork products, quickly followed by Japan and China, Germany's most important export market for pork outside the EU.

The loss of China as an export destination will be of great concern not only for the volume of trade but also for the fact that China takes carcase parts that are rarely consumed at home.

Almost immediately the German federal government entered discussion with China on regionalising the site of the outbreak so as to maintain ASF-status elsewhere in Germany and hopefully convince China to scale back its import ban to the regions actually affected.

To that end, restriction zones have been established around the site of the outbreak in the Spree-Neisse district near the Polish border.

A three-kilometre core zone has been secured with electric fencing as well as access and wild-game harvesting restrictions. This is surrounded by two further zones of 15 and 30km radius.

Production sites within these zones are being closely monitored.

Last Wednesday in Dalby processors paid 7-14c/kg less for cows bringing averages down to 260-265c for the better end of the heavyweights.

Wagga on Monday recorded a similar 14c drop on heavy cows bringing the average there to 290c. In the offering of bullocks and heavy steers processors paid 12-13c less but feeders were not afraid to step in on suitable types paying on average 30c/kg more than processors.

Grid rates saw only minor adjustment with 4-tooth ox in southern Queensland remaining at 610-620c/kg and heavy cow at 540-555.

Rates in southern NSW and SA were unchanged at 605c and 550c respectively for similar descriptions.

In the US, Steiner quoted lean beef prices last week as steady to lower in the short term.

Central and South American product continues to trade at a discount to Oceania but the sharp increase in Brazilian cattle prices is raising concern among domestic users and at government level over runaway inflation.