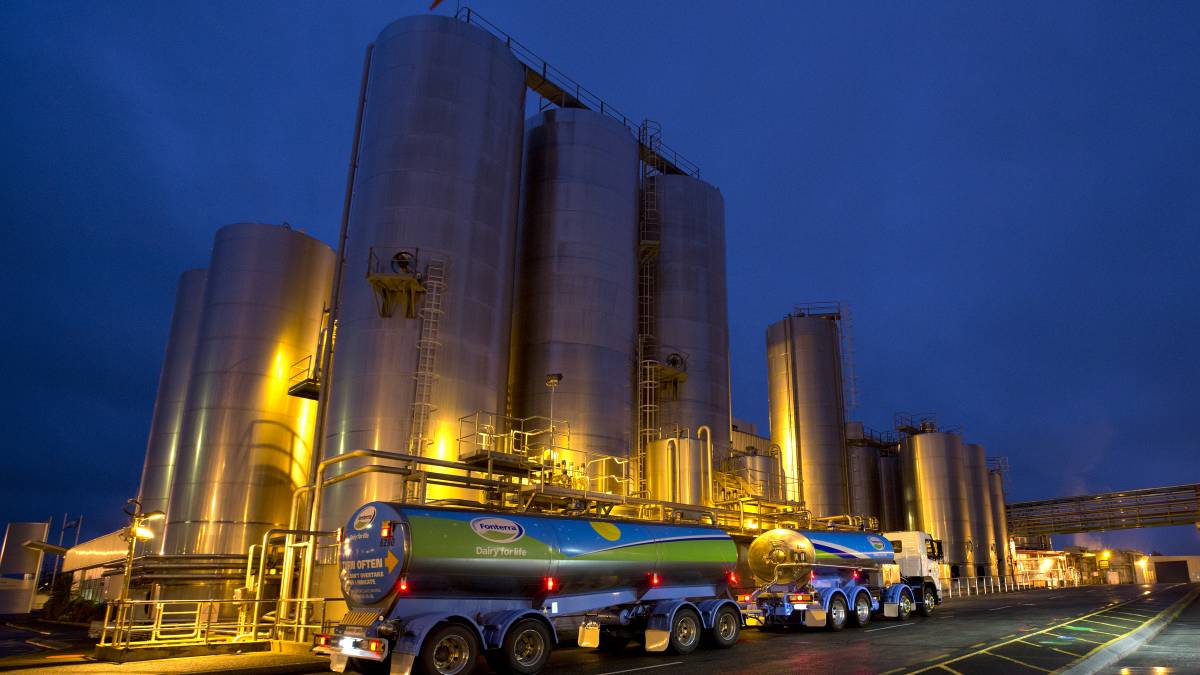 REBOUND: A restructure and new strategy has paid dividends for Fonterra, which has returned to profitability, despite the COVID-19 crisis.

Fonterra has posted a profit for the first time in two years despite the impact of the COVID-19 crisis.

Fonterra has posted a profit for the first time in two years despite the impact of the COVID-19 crisis.

Fonterra chief executive officer Miles Hurrell said 2019/20 was a good year for the co-op, with profit up, debt down and a strong milk price.

Mr Hurrell said the profit turnaround was a result of decisions made last year to restructure the business.

"This time last year we were announcing our new strategy and customer-led operating model," he said.

"We went on to deliver a strong performance for the first half.

"However, what none of us could have ever predicted was what then played out - a world facing COVID-19.

"The flow-on effects of the pandemic did impact our performance in the second half, particularly in our consumer and foodservice businesses."

But Mr Hurrell said the company's mix of products and flexibility were a key factor in handling the COVID-19 crisis fallout.

"We've also been fortunate to have breadth and scale in the business because it has given us the opportunity to change our product mix and move between markets and customers," he said.

"To bring this to life with an example I've been given, when our out-of-home market in China closed, milk destined for mozzarella cheese was quickly moved into milk powders, which went on to make yoghurt for our consumer markets."

During the crisis, demand for dairy proved resilient.

"Food is a good business to be in," Mr Hurrell said.

The company's move to sell off unwanted assets, withdraw from some joint ventures and reduce debt had also helped.

These had strengthened the co-op so it could "handle the sudden and significant changes, which are now the new reality", he said.

Fonterra was keeping an eye on further fallout from the pandemic, particularly the global recession, but was pleased with the rebound it had seen in China.

However, Mr Hurrell said, there was heightened uncertainty about the year ahead, which was why it had a wide range on its forecast NZ milk price for 2020-21.

Fonterra announced on Friday its final 2019-20 NZ farmgate milk price farmers would be $NZ7.14 per kilogram milk solids. It also announced a dividend of 5 cents per share.

Fonterra's normalised Earnings Before Interest and Tax was significantly up on last year from a loss of $17 million to earnings of $1.1 billion.

This included gains from asset sales, and impairments and costs relating to the strategic review.

Once these were taken out, the normalised EBIT was up from $812 million to $879 million, despite the financial impact of COVID-19 in many of its markets.

Mr Hurrell said the main drivers of the underlying business performance were a strong normalised gross profit in the ingredients business, and although there was the disruption from COVID-19, strong sales and gross margins from the Greater China Foodservice business in the first half of the year.