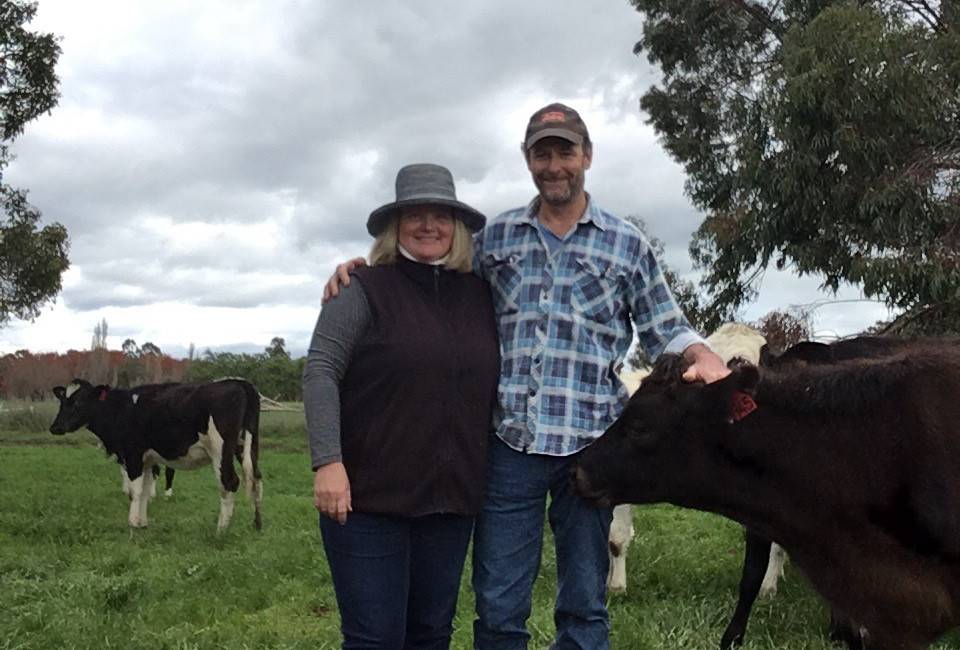 QUALITY FIRST: WA dairy farmers Luke and Vicki Fitzpatrick are among the top 100 farmers in the country this year producing the best quality milk.

Switching the radio off is just one of the strategies Western Australian dairy farmers Luke and Vicki Fitzpatrick believe helps their herd of 200 cows keep calm, quiet and generally mastitis-free.

Switching the radio off is just one of the strategies Western Australian dairy farmers Luke and Vicki Fitzpatrick believe helps their herd of 200 cows keep calm, quiet and generally mastitis-free.

The Fitzpatricks are among the top 100 farmers in the country this year producing the best quality milk, determined by their bulk milk cell count (BMCC) results.

A fourth-generation farmer, Mr Fitzpatrick has been milking since 1997 in an 11-a-side double up dairy on a 200-hectare milking platform at Waroona, about an hour's drive south of Perth.

Mr Fitzpatrick said his family achieved a low BMCC, and their seventh annual Gold Milk Quality Award in a row, by being attuned to mastitis prevention and detection.

"We have bred calm, quiet cows and we keep noise to a minimum in the dairy, hence no radio!" he said.

"Cows enter the dairy of their own accord, we wait for milk let down, and do a precise and thorough teat spray post-milking.

"We've had great results with our triangular vented cup liners - there is almost no slippage.

"We also use Ambic in-line mastitis detectors to help pick up any clinical mastitis cases quickly.

"We use teat seal on all cows and herd test every month to find any high BMCC suspects."

Mr Fitzpatrick said most farmers got a kick out of some aspect of dairying, but he particularly enjoyed maintaining milk quality.

"I personally took it on 20 years ago to get on top of the count," he said.

"I try to keep the BMCC around 50 as this gives me a bit of leeway if we get a spike, and it doesn't take much to slip into grade two milk which I want to avoid."

The Fitzpatricks calve two-thirds of their herd from March to May and the remaining third over November and December.

While that is the most profitable calving pattern for their farm, it also means they avoid calving in the muddier winter months.

Twenty years ago, they chose to stop feeding their heifer calves antibiotic milk to restrict development of antibiotic resistance in the herd.

"It might be saving some farmers money now but then it may come back to bite them in the form of antibiotic resistance," Mr Fitzpatrick said.

"It's a choice that we've made and the proof is in the health of our herd and quality of our milk."

On the breeding front, Mrs Fitzpatrick chooses their bulls based on profitability but also selects for good mastitis and temperament scores.

Keeping himself and employees trained in the latest milking practices is another investment Mr Fitzpatrick has made to produce top quality milk.

"I've completed Dairy Australia's Cups On Cups Off course and I get all our staff to do it," he said.

"Before doing the course I thought that I'd learned it all, but I still learned new things which have been helpful.

"We've been in the top five per cent for milk quality since 2004, bar one year.

"There's a large and often underestimated financial gain in achieving these results and it's personally satisfying for us."