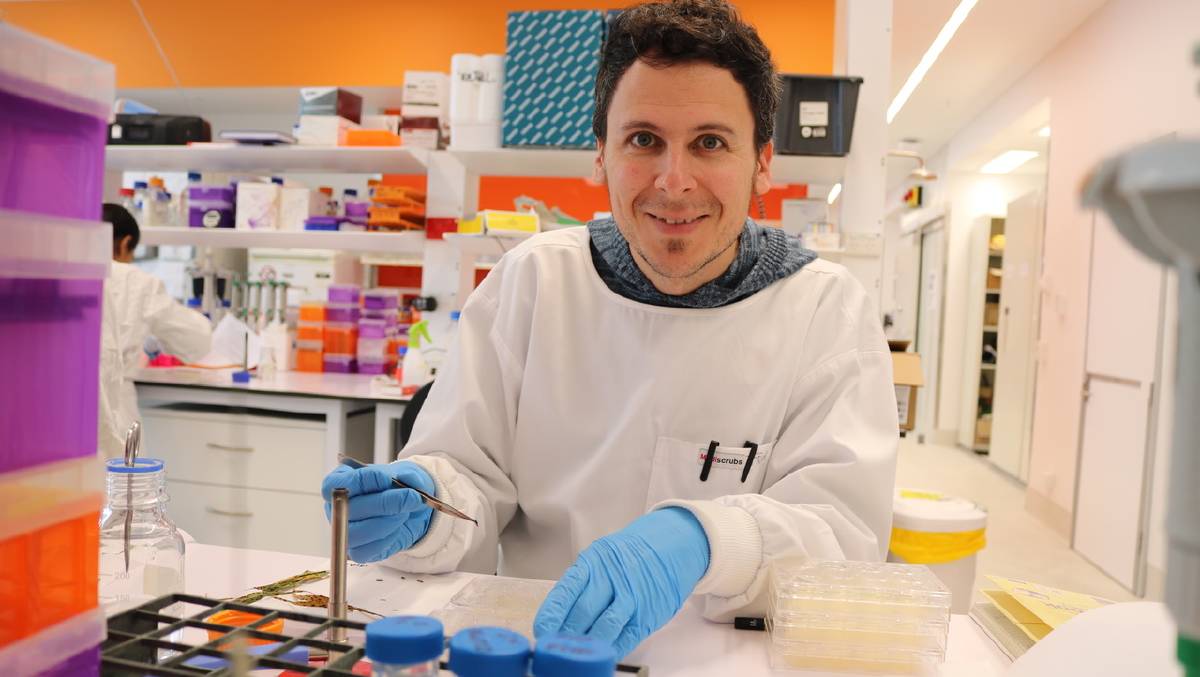 Researchers from the Centre for Crop and Disease Management (CCDM) found the resistance in Western Australian barley crops.

The first positive samples came from Cunderdin, in the central wheatbelt, after the CCDM was alerted by local agronomist Dan Taylor, concerned at high levels of SFNB.

SFNB is the more economically damaging of the two forms of net blotch.

CCDM researcher Wesley Mair said genetic analysis of the SFNB pathogen isolated from the initial sample also showed multiple mutations in the target of the SDHI fungicides, suggesting resistance may have been developing over a significant period of time.

"Initial testing identified the presence of SFNB resistant to SDHIs, so we followed up with a more comprehensive ground survey from areas around the Cunderdin region," Mr Mair said.

In the samples there were low rates of actual resistance but more than 40 per cent had reduced sensitivity to the fungicide.

CCDM's fungicide resistance expert Fran Lopez-Ruiz says researchers have run a monitoring program for SDHI resistance in WA since 2014, but this is the first time it has been detected in SFNB of barley.

"SFNB is a prevalent foliar fungal disease in Australian barley and the most widespread in WA, so being able to detect early signs of SDHI resistance is very important for the industry," Dr Lopez-Ruiz said.

The finding could have big implications on the barley industry, meaning that farmers will have to reassess their rotations to ensure there is not an over reliance on SDHI products.

The barley samples were from a barley-on-barley rotation with the SDHI fluxapyroxad used over consecutive years.

The Cunderdin discovery follows the detection last year of cases of resistance to SDHIs in NFNB in Australia's southern growing region.

"We have already seen examples in South Australia of how selection pressure, due to limited crop and chemical rotation, has sped up the evolution of net blotch fungicide resistance and it appears to be the same drivers here," CCDM's Dr Lopez-Ruiz said.

The CCDM is a joint venture between Curtin University and the Grains Research and Development Corporation (GRDC).