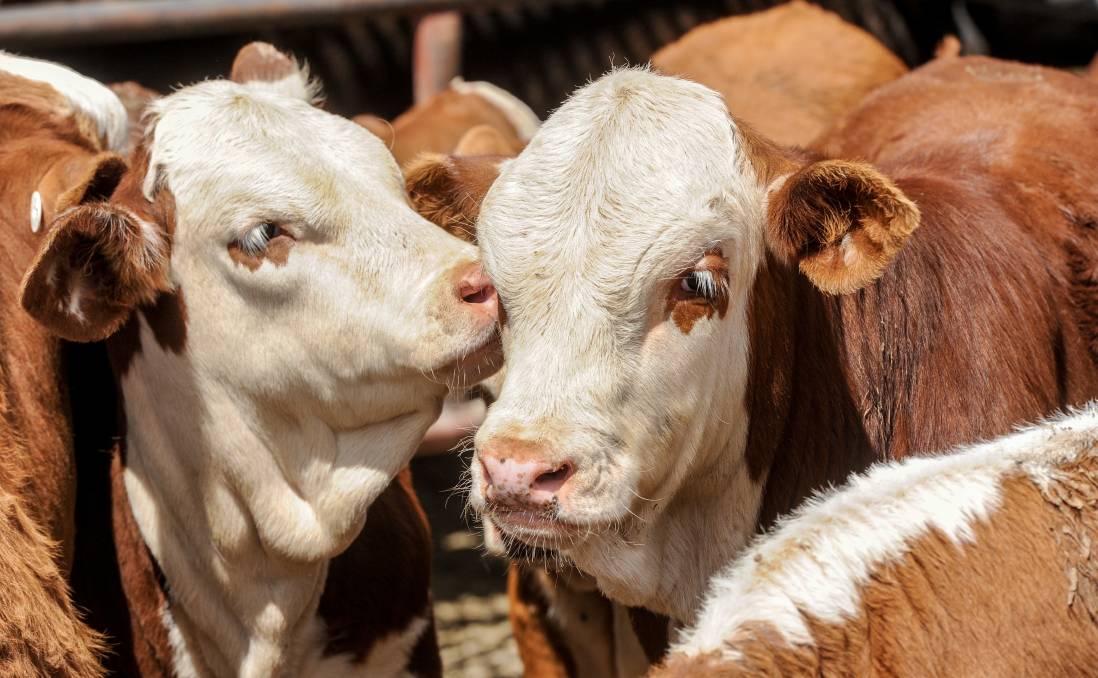 THE FUTURE: Happy cattle should be an easy sell over microbes in silver tanks but industry stalwart Rod Polkinghorne says there is work to be done. Photo: Lucy Kinbacher

Livestock industry urged to build on its considerable strengths

TWO diametrically opposed versions of the future for the cattle game are battling furiously for the right of way and at just what point on the scale reality falls will be in the hands of those now at the wheel of the livestock industry.

The key will be building on considerable strengths and not accepting the status quo.

On the one side is the fake Frankenstein food future, where the livestock industry is replaced by 'silver tanks with microbes', Dr Polkinghorne said at Livestock 2020, organised by the Southern Australia Livestock Research Council.

He cited reports such as Rethink which predict that by 2030 demand for cow products will have fallen by 70 per cent, bringing with it enormous destruction of value for those involved in rearing animals and processing them, and their support industries - to the tune of $100 billion.

It's all about money, he argued - the idea that displacing a few million ordinary farmers with a few mega corporations is a top business opportunity.

The alternative view is coming from the world of science. People like ecologist Dr Allan Savory are warning the world will need millions more animals on the land to reverse climate change and Dr Frank Mitloehner is saying 70pc of agriculture land is now non arable and can't grow human feed but ruminants are the answer to converting cellulose to high value human nutrition.

Dr Polkinghorne suggested there were four key areas that would go a long way to determining just how the cookie crumbles between those two future options.

They are: delivering value, doubling production efficiency, maximising the value of every bit of the carcase and clear communication.

On the latter, he said one wouldn't think it would be hard to sell the idea a nice paddock of grass and a happy cow is better than a bunch of tanks owned by big corporations.

In reality, however, the livestock industry had been "painted into a corner because it suits other's agendas and a lot of well meaning people are not aware of the facts and are easily engaged by these agendas."

"We have to communicate real facts, really simply," he said.

"The reality of ruminant ag is extraordinarily positive - massive environmental contribution through the upgrading of non-arable land to a nutrient-dense and enjoyable food, a critical role in global food security and another is the animals' right to life - if we don't have animal ag we don't have these animals."

Dr Polkinghorne said the livestock industry was 'up against Twitter and the like where fact is the last thing that matters.'

"It would be incredibly useful if every producer had access to some really simple, distilled-down facts," he said.

"They don't have to understand every ounce of the science but it'd be good to have the 15 words that encapsulate the truth.

"No one will represent this industry's interests better than actual farmers. That's where the passion is.

"We have to empower the average farmer so they're not just rolling their eyes at this stuff but explaining to others why it's not accurate."

Price was purely a function of the experience expected.

Here's how to do it: Be dead consistent, at every level; describe the meal result clearly and simply and foster a consumer who is really comfortable using a natural product that delivers great pleasure and nutrition while enhancing lives, rural communities and the environment. Australia had led the way on effective consumer-focussed grading that can describe beef meals from all carcase portions, Dr Polkinghorne said.

This has been a fundamental step to consumer engagement and is delivering value to the consumer and industry sectors.

But there is much more to be done.

It has to be applied to all cuts, not just the loin, he said.

"And we should be encouraging global adoption of the same technology. We are big exporters and in a global market an inconsistent beef eating experience hurts everyone," Dr Polkinghorne said.

The major threat from the 'silver tank' food movement was not facts, it was economics, Dr Polkinghorne said.

"We are fortunate that with existing knowledge we can make major advances. The only impediment is the will to change," he said.

He sees the major drivers of production efficiency gains as aggressive application of genetics and genomics, grazing system and animal relationship management and value based marketing.

On the latter, Mr Polkinghorne said producers could not respond to what they were not told.

Average based pricing was hugely misleading and obscured the tremendous range of true value within every cattle consignment, he said.

"This is a huge opportunity for a great leap forward following what is routine in dairy and decades old in poultry and pigs," he said.

And - interestingly - he urged producers to demand discounts as well as premiums.

Because if you can't separate the worst from the best, it is pretty hard to make improvement.

Finally, Australian costs are far too high to compete in a commodity market so optimum value for every part of the carcase had to be a given.

"We are selling meal results, not meat," Dr Polkinghorne said.

"Every carcase portion has an optimum cooking method and ageing period to achieve it's highest eating quality potential - we need to fully use that.

"Some cuts can be greatly improved through commercial cooking processes, we need to divert them."