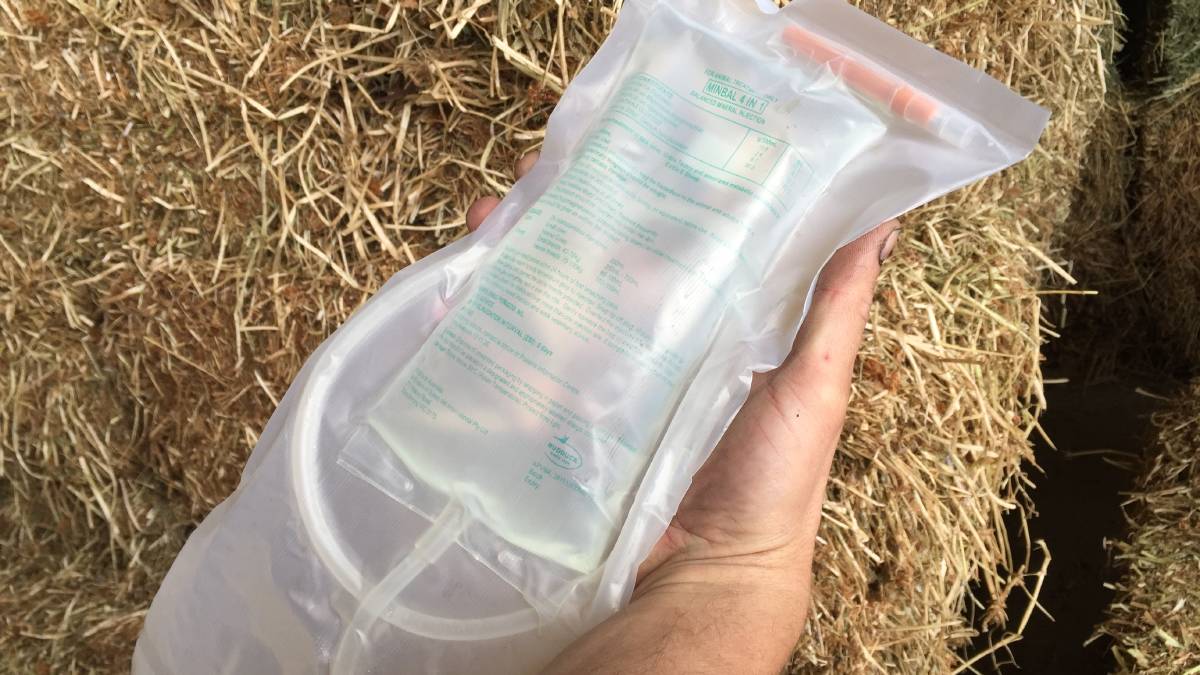 Every farmer has had one of those years, where it seems like almost every day you're standing around in the cold mucking about with calcium packs.

Setting up a simple trial is a good way of assessing the effectiveness of a new product to use on the farm.

You're tired of dealing with milk fever.

You've had a shocking year of it too; it seems like almost every day you're standing around in the cold mucking about with calcium packs.

One afternoon, you receive a brochure about a preventative supplement.

You're usually sceptical about these cure-all solutions... but this year was just terrible.

You're sick of it.

So, you do the typical thing and call around to your mates to see if they've tried it.

Why don't you give it a go, they ask, and let us know what you think?

Alright, you say, you'll do a proper job of it.

After tallying up your numbers, you calculate that 22 per cent of the herd were treated this season.

The product is costly, but it's been a good season and the cows are milking well this year.

You're hitting your ceiling for stocking rate on the farm, so you sell a few older cows that aren't making the grade.

You've got a decent number of replacements coming through, and financially speaking, it's good to have a bit of breathing space.

Next calving season, the product arrives.

By this point, the hours of standing around squeezing calcium packs until your hands ache have receded into your distant memory.

You wonder if it's all going to be worth it....to your complete surprise, however, it really does seem to help!

You're doing this properly though, so you don't just rely on your gut instincts.

At the end of the season, you sit down and go through the records - and yes, you only had 12pc of cases this year.

That's an improvement of almost 50pc isn't it?

You tell all your mates.

Soon, you're wearing the company's hats and are getting asked to talk to discussion groups.

Then you have a horror year at 23pc!

You're not quite sure what happened - maybe the company changed their formula?

The rep denies that anything is different, but something must be going on.

Does this sound familiar?

There's a lot going on in this scenario, but for this article, I'd like to focus on how to make fairer comparisons.

Our first step should be to ask ourselves, what factors affect the likelihood of a cow developing milk fever?

Well, we know that age, level of milk production, breed and nutrition are all important factors.

Our next step is to ask, could any of these be affecting our results?

Remember, our farmer sold some older cows and had a large cohort of heifers enter the herd.

The season was better, with lusher pasture growth, in the year before he introduced the treatment.

Is it possible that the difference he saw (22pc versus 12pc) could be attributed to these factors rather than the product?

The answer, I'm leading to, of course, is yes.

We can't say the product didn't work - it's possible that things would have been even worse if it wasn't used.

But we also can't say the product didn't hurt - it's also possible that things might have been even better if it wasn't used!

So how do we avoid trials like these which make it impossible to draw any conclusions about the things we're testing?

To set ourselves up for success, we need to split our animals into two groups within the same season.

We must have both a 'treatment' and a 'control' group, where the only thing that differs between the two groups is the thing that we are trying to test.

When assigning cows to groups, we should pick them at random.

Why is this important?

Well, let's say we have a few favourite cows that we put into the treatment group 'just in case' - and they're all our biggest producers.

This is going to skew our results!

To help, we can also use stratification.

For example, Jerseys have a 2.25 times greater risk of developing milk fever than Holsteins.

So, if a group ends up with more Jerseys in it by chance, then we aren't making a fair comparison!

One option is to split the herd by breed, and then randomly assign cows from within each breed - so that our treatment and control group contain equal numbers of Holsteins and Jerseys.

Establishing a control group using randomisation (and possibly stratification) can give us a much better chance of drawing accurate conclusions.

Following these steps takes us a little bit closer to being more rigorous farmer-scientists.

One final comment: if you're getting more than 3pc clinical milk fever cases in a season, you could really make some great improvements by having a chat to your local nutritionist and/or vet.

*Ee Cheng Ooi is a cattle veterinarian undertaking a PhD in fertility and genetics at DairyBio. All comments and information in this article are intended to be of a general nature only. Please consult the farm's vet for herd advice, protocols and/or treatments that are tailored to a herd's particular needs. Comments and feedback are welcome, please email eecheng.ooi@agriculture.vic.gov.au.