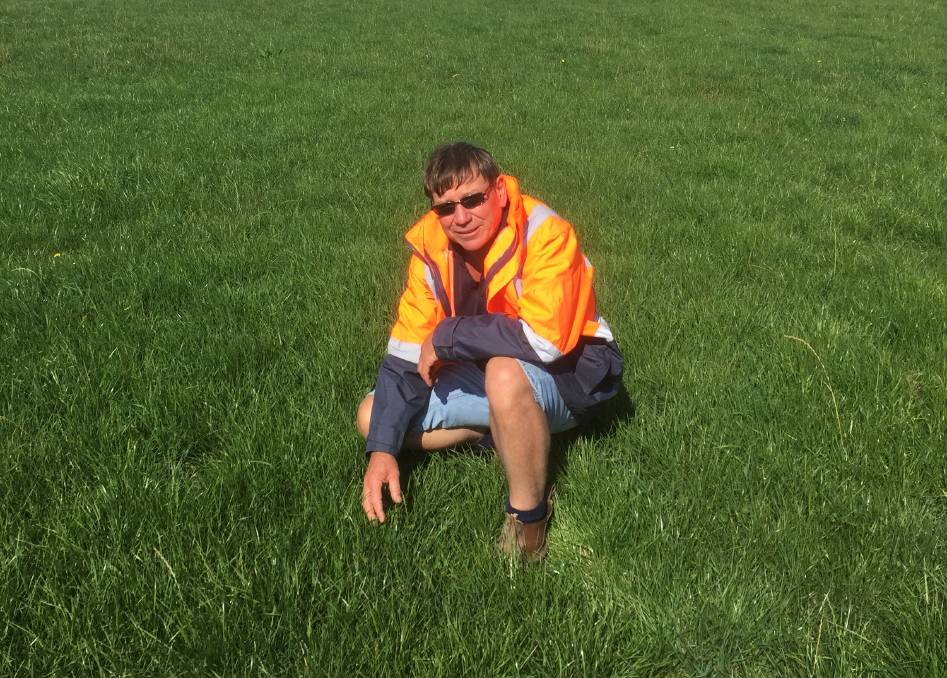 Realigning pasture demand and growth by changing a farm's calving pattern can help lift productivity, but it takes hard work.

Pasture is still the major input on most Australian dairy farms in 2020.

However, pasture as a percentage of the cow's total diet has been declining over the past 20 years (Trends in milk production, milk price and dairy farm performance in Australian states, David Beca, Red Sky Agricultural June 2020).

It is no surprise to see that productivity growth in the industry has averaged 0 per cent over the 10-year period to 2017-18 (Measurement of profitability on Australian dairy farms, Australian Dairy Plan February 2020).

Productivity growth refers to an increase in the value of total outputs for a given level of inputs over a given period.

At the recent Sydney University Dairy Symposium, the opening speaker, Professor Bill Malcolm was asked to give his reasons as to why productivity growth had stagnated.

Bill replied by saying "productivity growth will occur if we aim to maximise milk solids produced from your farming system by maximising home-grown pasture consumption from your fixed assets (land). We need to produce as many kilograms of milk solids as we can up to the point where the income from the last kilogram of milk solids just equals the additional costs of producing it. Research and development and pasture/animal genetics will not drive productivity on their own".

How as an industry, do we realign pasture demand and growth?

Is it possible to revert to a seasonal calving strategy?

And could this lead to greater on-farm efficiencies and ultimately drive productivity growth?

In May 2019, agCap entered into a management agreement with a south-western Victoria dairy farmer. This farm comprises approximately 330 effective milking hectares and 610 autumn calving cows.

Over previous years of operations, the calving period on the farm had been pushed later into the growing season, had become spread over five months and total milk production from similar levels of inputs had declined.

agCap approached this with a simple process of 'learn - commit - do - review'.

2. Commit - buy in to the strategies was obtained from the farm owner, farm manager, local veterinarian and the AI technician

3. Do - the strategy was carried out by the farm manager, the farm vet and the AI technician

agCap recognised this problem in April 2019 as an opportunity to improve processes and reduce costs for the farm management team.

The calving period had spread to a start date of May 1 and an end date of October 1.

Ideally, the calving period would be completed in under 10 weeks and would start April 1.

Once the plan was created, the next step was to socialise the plan and obtain 'buy in' from the farm veterinarian, the farm owner, and the farm manager.

The first goal in 2019 was to ensure that most cows had calved prior to the start of the AI program.

This did involve some 'one-off' calving inductions.

The start of mating was then brought forward by two weeks to enable calving in 2020 to start mid-April.

Together with the farm manager and AI technician, Leo Bydevaate, from Tasmania, the team developed a breeding program focused on three weeks of AI.

Cows were partially synchronised with progesterone (PG) and Gonadotropin-releasing hormone (GnRH), however, the key to the program was natural heat detection using two forms of heat identification - tail paint and bulling beacons.

Cows that had not cycled by day 15 were synchronised using a Controlled Internal Drug Release (CIDR) and GnRH program.

At day 21 a further seven days of AI on observation of heat commenced. In total, 21 days of AI were completed.

The strategy was implemented, and good bull numbers and management ultimately resulted in a six-week in-calf rate of 78pc.

Twelve months on, the results are impressive. 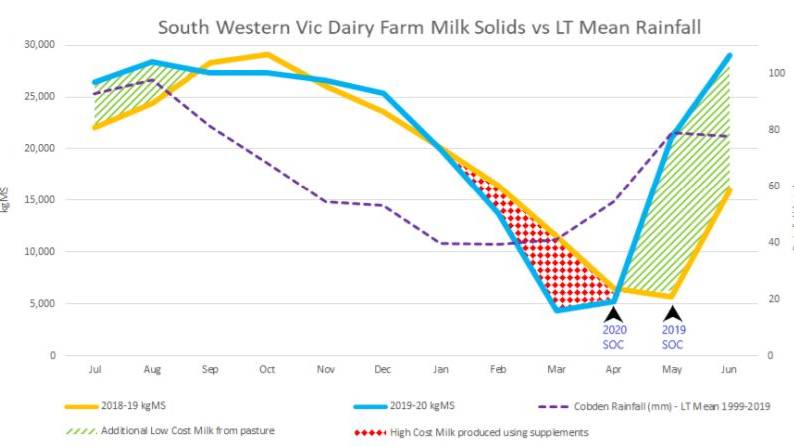 The result has been to better align the milk production curve to pasture growth.

In this example, we have used the recent 20-year mean monthly rainfall curve as a proxy for pasture growth.

Milk production in the high-cost autumn period has been moved to lower cost periods where there is a higher chance of adequate pasture growth.

The progress on this farm of shifting the milk production curve to better align with pasture growth should lead to productivity improvement.

Like most things in life, however, to repeat these results and move calving forward another two weeks will require hard work and dedication by the whole farm team.

Maintaining a focus on the end goal should ultimately continue to improve productivity on this farm over the ensuing years.