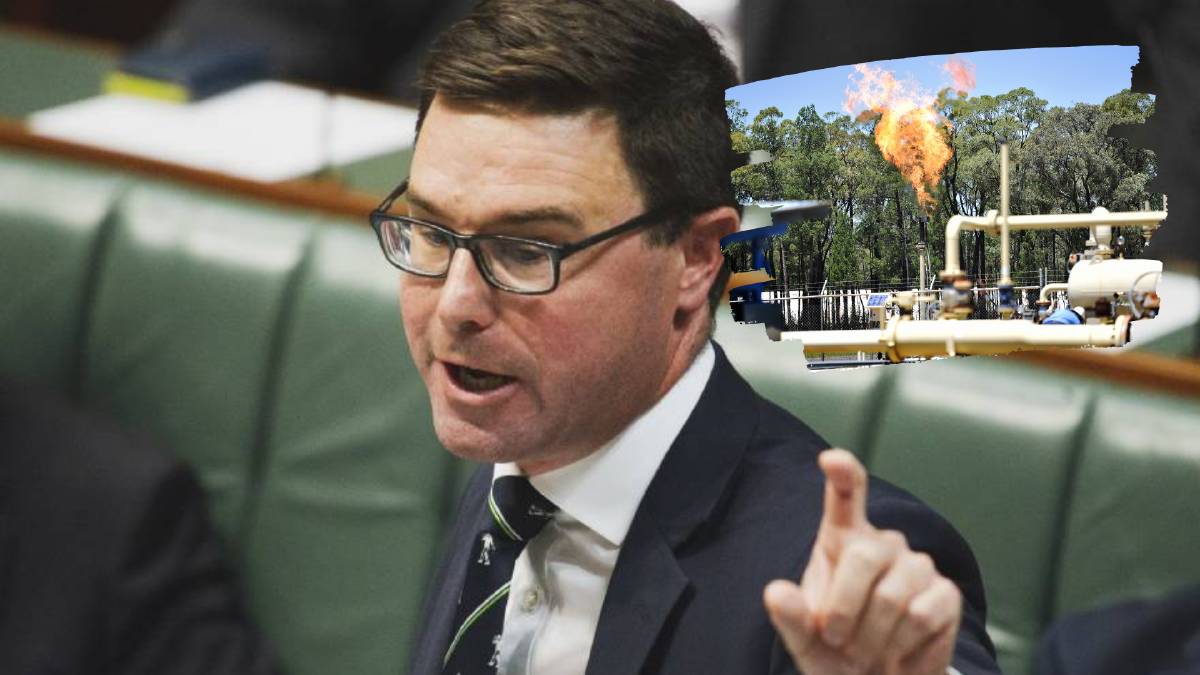 Farmers should have the right to say no to gas wells on their land the federal Ag Minister says.

FARMERS should have the right to say no to gas wells on their land the federal Ag Minister says, however gas opponents have called on the politician to put some action behind his words.

He also called for farmers to have the right to block gas developments on their land. Currently under state planning laws, resource companies that are refused access can take farmers to court, where the odds are often in the companies favour.

"Farmers should always have a right to say no," Mr Littleproud said.

"That was the issue we had in Queensland to start with, these big companies came in and said we'll give you a couple hundred dollars a well - sign up otherwise we'll see you in the land court.

"For some of these farmers, the only legal interaction they've had is buying a property. So obviously people got pretty upset."

Although a state government issue, a landholder rights are expected to become a big issue in the near future, with Santos' 850-well gasfield near Narrabri getting approval last month.

The federal Nationals have been pushing for a "gas-lead" recovery to help the nation out of its pandemic-induced recession, despite organisations such the National Farmers' Federation and the NSW Farmers warning against it.

Lock the Gate spokesperson Georgia Woods said Mr Littleproud should put his money where his mouth is.

"Nationals politicians like to pop up and say these things as if it exonerates them from the debate, but it doesn't.

"David Littleproud has influence and an opportunity to help farmers, by talking to the Prime Minister and the Energy Minister about the push to cover farming communities in gasfields."

Mr Littleproud said should farmers choose to have gas wells on their land, they should be adequately compensated - an area the industry hasdbegun to improve.

"I know one family in Condamine with 40 wells, picking up $8000 a well every year," Mr Littleproud said.

"But again, it's got to be predicated on science and farmers should always have a right to say no."

Sponsored by
Read the final installment in our survey of the Southern Highlands dairy industry.
Test
The 20-year-old Yarrie station, Pilbara, stockwoman speaks about agriculture with passion and knowledge comparable to that of any generational farmer.
Test
It's a rare sight these days - bullocks weighing anywhere between 650 and 720kg trotting up the loading ramp and onto the truck - but it's what the Pearson family aims for.
Test
The new features will be fitted as standard on 13.8-metre, 12.3m and 10.8m models.
Test
Processed meat sold in Australia has less salt than many other countries.
Test
Australia's beef industry has the national science agency CSIRO firmly in their sights over support of fake meats.
Test
The Dairy Export Assurance Program is an exciting partnership between the Australian Government, state regulatory agencies and industry.
Test
Talking with Liv Middlebrook on International Day of Rural Women
Test