A shift to a new farm near Jancourt in south-west Victoria has led producer Spencer Rendell to try forage rape for increasing high quality summer feed and winter feed. 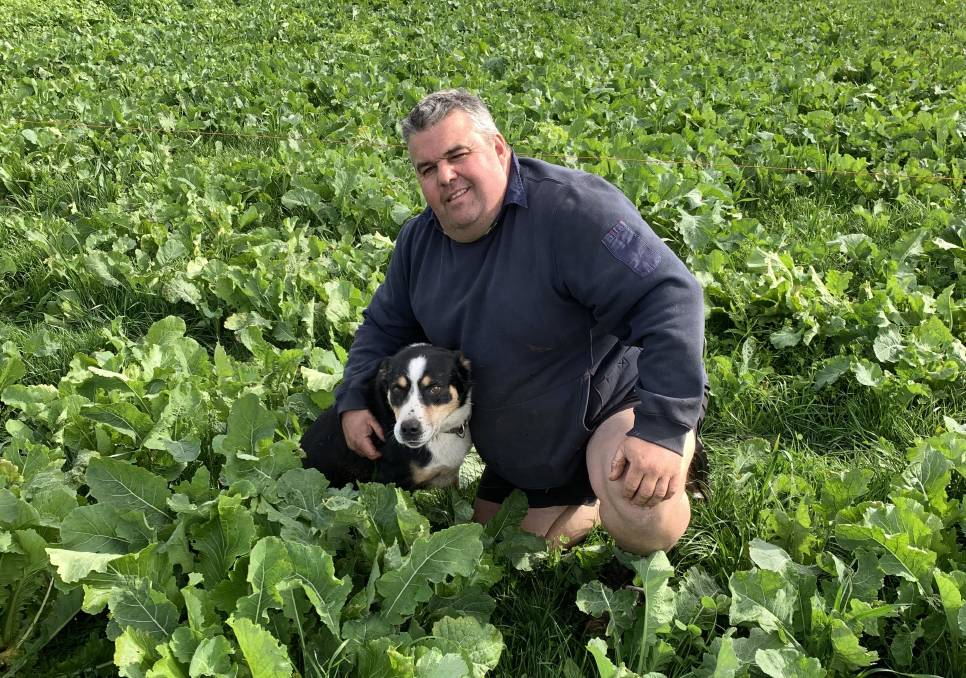 A shift to a new farm near Jancourt in south-west Victoria has led producer Spencer Rendell to try forage rape for increasing high quality summer feed and winter feed.

Originally from New Zealand and more recently farming at Girgarre in northern Victoria since 1999, Spencer and his wife Rachel bought their new property in April 2019 and moved their cows to Jancourt in August 2019.

The variability in costs of irrigation water and bought in feed during continued dry seasons in northern Victoria forced the Rendells to re-think costs of production for their dairy operation.

The outcome of that resulted in the shift to south-west Victoria where reliable rainfall would hopefully bring down their costs and enable them to improve overall profitability.

But with that move, Mr Rendell was keen to look outside of the square to see how to maximise the potential from his dairy and beef operation in the new environment.

"I recently heard a saying of the week: 'A person who never made a mistake has never tried anything new'," Mr Rendell said.

"I had worked with David Gould from Seed Force in growing fodder beets as a new crop idea at Girgarre, so I contacted him to see what ideas he might have for the new property.

"Amongst his ideas was the concept of growing forage rape as a summer/autumn feed.

"David recommended SF Greenland as it had been the highest yielding variety over the past decade."

Mr Rendell also sought advice from Iain McPherson from Five Star Stock Feeds to help with ensuring that they could feed the cows well enough through an extended lactation.

"Iain encouraged me to grow and consume more green feed to maximise our farm potential and increase stocking rate," he said.

"He saw stockfeeds as a complement to our cows' needs by providing minerals for the rapidly growing feed, sugar to handle the high protein levels and buffers to prevent acidosis."

The advice from both Mr Gould and Mr McPherson was consistent with Mr Rendell's desire to grow more than district average 2 tonnes per hectare winter and 4 to 5t/ha spring pasture feed consumed, based on perennial ryegrass and clover pasture.

"That advice was much appreciated as our first Greenland mix produced 9.6 tonnes of dry matter when grazing started 100 days after sowing," he said.

"We sprayed out and direct drilled after silage a mix of Greenland rape, Punter chicory and Shirohie millet across 33 hectares in early November 2019.

"Our summer grazing of that crop fed at 5.8kg/cow/day worked out at a cost of $48/t dry matter as grown, and based on our estimated 80 per cent utilisation would have been $60/t as fed."

They sent samples off to Forage Lab Australia for nutritional testing with good results.

Given the success of the spring planting, Mr Rendell decided to plant a new mix across the farm in autumn 2020.

That mix was drilled straight into the 33ha of Greenland mix as well as another 195ha of the farm at a total cost of $500/ha.

"Because we brought the cows down in August 2019 and want to shift our calving to mid-February, we have had to milk them on an extended lactation that will end up at 500 days before they are dried off in December," Mr Rendell said.

"So we needed to plant species that could get the cows through that period."

The new mix was sown on March 27 and was ready to graze in 45 days.

When it was ready for its second grazing in late July it had grown at 70kgDM/ha/day through the middle of winter, much greater than a straight perennial ryegrass pasture.

"Some locals have been wondering what it is that is growing in our paddocks as it looks like weeds until they see the re-growth after grazing," he said.

"In fact, it had no weeds as the brassicas covered over so quickly.

"Going forward we will certainly be continuing with the Greenland and Punter mix again this spring as that will be ready for feeding when we start calving in February next year.

"And we will use the winter mix to provide a bulk of feed to get through winter as that time has the highest risk of running out of feed."