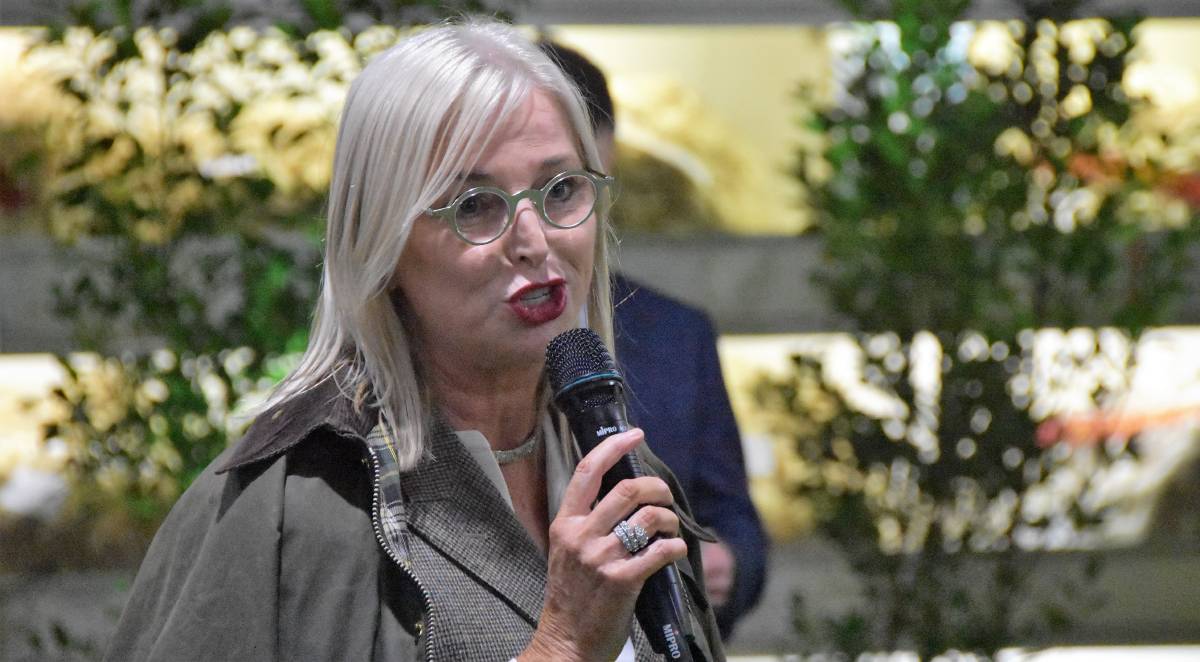 AWI chair Colette Garnsey says continued drawing down on reserves is unsustainable for the company in the long term.

The income AWI received from wool levies last financial year was the third-lowest in the company's 20-year history.

The income Australian Wool Innovation received from wool levies last financial year was the third-lowest in the company's 20-year history, so was the decision to reduce the levy wool growers paid from 2 per cent to 1.5pc last year a bad call?

In AWI's recently-released 2019/20 Annual Report, the company reported its total revenue for the financial year was around $69 million, a reduction of around $32 million on the year prior.

Its contribution from wool growers' levies was almost $38 million, in contrast to the previous year's $68 million.

And the wool industry body's chair Colette Garnsey said there were three factors that had dramatically impacted revenue.

Ms Garnsey said in addition to the reduced 1.5pc levy, the fall in the Eastern Market Indicator throughout the COVID-19 pandemic and Australia's reduced wool production caused by drought had seen their income take a nosedive.

She said AWI already operated in a lean and efficient manner, but just like any other business facing a reduced income, they had to make cutbacks in staffing, projects and expenditure.

The company also dug into its financial reserves, using nearly $8 million of the almost $124 million it had stored away, bringing the balance down to $116 million.

And with a forecast revenue of just under $42 million this financial year - a forecast $28 million less than the year just gone - AWI plans to use an additional $15 million of its reserves.

"The company prudently built up its reserves during the previous five years exactly for times like these, so that we can continue operating and performing our core business functions for the benefit of Australian wool growers," Ms Garnsey said.

"Continued drawing down on reserves is of course unsustainable for the company in the long term."

Despite dipping into their reserves, AWI spent $22 million less last financial year than they did the previous year.

AWI chief executive Stuart McCullough said during 2019/20, the company had to be particularly smart about its spending and that had been especially the case with their marketing activities.

"I asked our marketing teams at the start of March, when COVID-19 started to hit, to review all our current marketing campaigns and collaborations, and stop expenditure on projects that relied on face-to-face shopping or were no longer expected to produce a return on investment," Mr McCullough said.

"Those marketing funds are better held back and spent at a later time when it is more likely an investment will yield results.

"Once we see a market recovering, we will deploy the marketing funds that we held back as quickly as we can and try to stimulate demand."

He said he had asked his marketing teams to focus on retailers and brands that had proven and robust digital platforms, because online purchasing had experienced significant growth in stark contrast to bricks-and-mortar stores.

"I have [also] asked our marketing teams to focus on large-volume, high-consumption sectors that will have most direct impact on the demand for our fibre," he said.

"I have [also] directed them to look more closely at those clothing categories that are seeing a rise in demand, such as active wear and commuter wear."

He said the company's research and development projects had generally continued as normal.

"There has been good progress and results in many areas, including the ongoing development of a flystrike vaccine, coordination of wild dog control, continued roll out of Lifetime Ewe Management training, the Merino Lifetime Productivity project, AWI Smart Tags to provide wool growers with real-time information regarding their flocks, and technological initiatives to make shearing easier," he said.

Ms Garnsey said despite the current economic and market situation, she was confident that AWI, the wool industry and wool growers were resilient enough to deal with the challenges.

"History shows us that the wool market is cyclical in nature," she said.

"AWI is making sure it is well placed to optimise returns for wool growers when global economies recover."