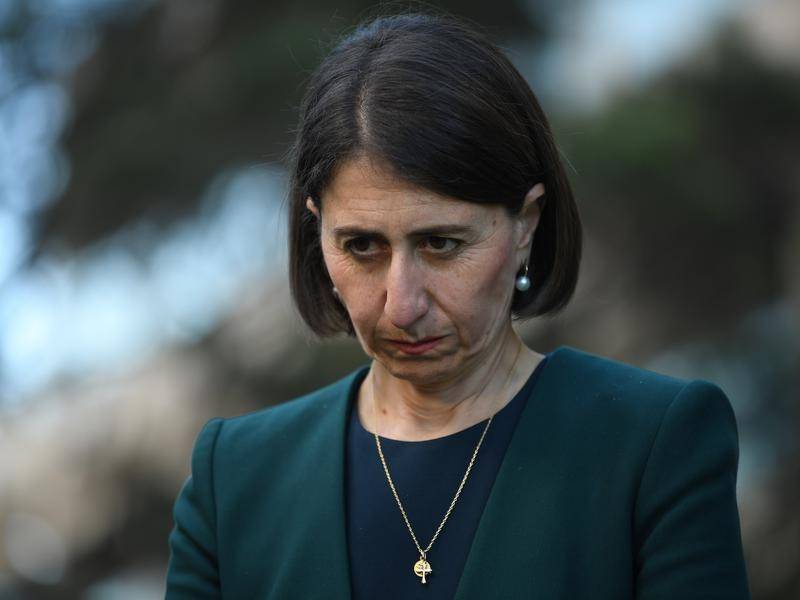 "I stuffed up in my personal life," NSW Premier Gladys Berejiklian told reporters.

NSW Premier Gladys Berejiklian insists she has "stuffed up" personally but not professionally in having a relationship with a disgraced ex-MP, as she fights t...

NSW Premier Gladys Berejiklian insists she has "stuffed up" personally but not professionally in having a relationship with a disgraced ex-MP, as she fights to keep her job.

The Independent Commission Against Corruption has accused Mr Maguire of using his public office and parliamentary resources to improperly gain a benefit for himself or for G8way International - a company he allegedly "effectively controlled".

He was forced to quit Ms Berejiklian's government in 2018 after a separate ICAC inquiry.

But, despite her "close personal relationship" with Mr Maguire, Ms Berejiklian repeatedly insisted she had little knowledge of his interests.

"I stuffed up in my personal life," she told reporters later on Monday afternoon.

"Had I known then what I know now, clearly I would not have made those personal decisions."

Ms Berejiklian earlier on Monday told the inquiry Mr Maguire was a "big talker" who came up with "pie in the sky" schemes and "a lot of the time I would have ignored or disregarded what he said as fanciful".

Recordings of phone calls between the pair played at the hearing, in which Mr Maguire discusses various business deals, appeared to contradict the premier.

The phone calls also forced Ms Berejiklian to deny she had deliberately distanced herself from Maguire's affairs in an attempt at self-preservation.

Fronting the inquiry and having her relationship revealed so sensationally in a public forum has been a "personal nightmare", she later said.

"This premier is a fraud and today she's been unmasked," she said.

Ms Berejiklian had been privy to Mr Maguire's "dodgy dealing" and had maintained her relationship until long after his resignation in 2018, she argued.

As the inquiry continues on Tuesday, Labor will move a motion of no confidence in the premier, which would need support from government MPs who have so far united behind her.

It has been a terrible month for the coalition government, with deputy premier John Barilaro still weathering the fallout from the embarrassing koala policy stoush and copping criticism over speeding fines.