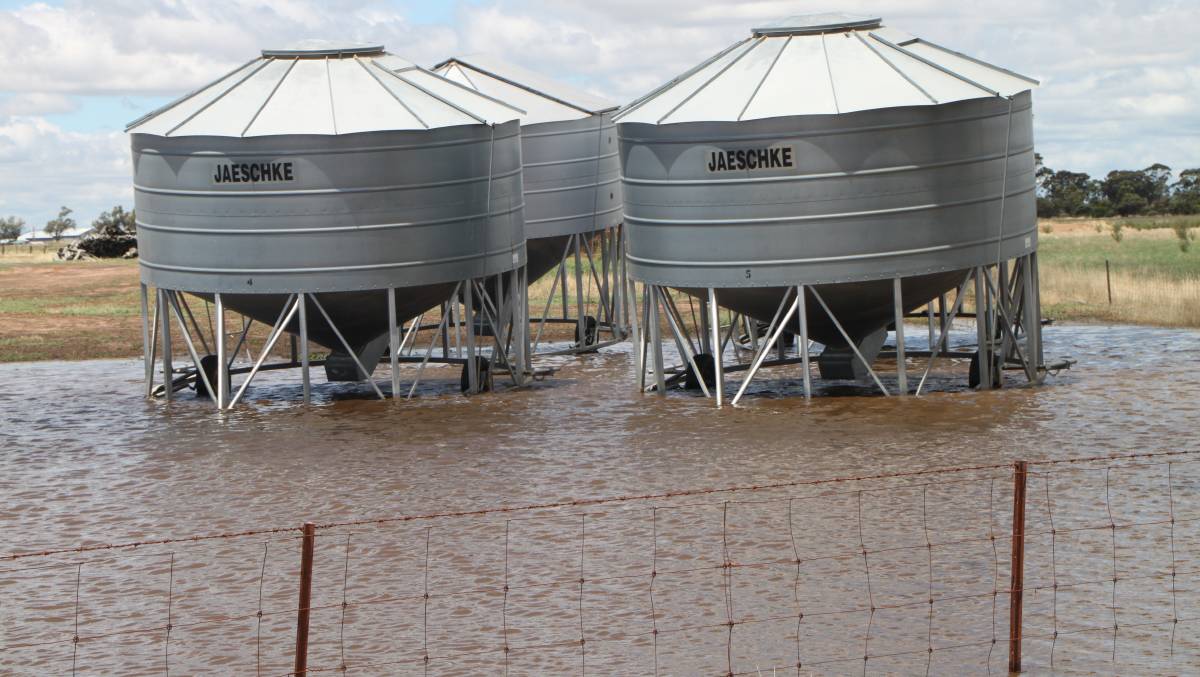 While there have been forecasts of heavy rain for the Mallee in southern Australia this year the weather events have not delivered for all.

The type of rain-bringing weather event is more difficult to accurately predict in terms of the location of rainfall than other systems.

THE BUREAU of Meteorology (BOM) has said the type of rain bearing patterns this year have led to local forecast inconsistencies that have left farmers disgruntled.

There has been widespread disappointment at rain forecasts delivered less than 12 hours before the band hit that have delivered markedly lower than expected falls in some areas.

In general the heavier rain forecast by BOM has arrived in some districts but not necessarily where it was forecast.

The lack of skill in the short-term forecast has created larger ripples within the farming community than usual, with talk moving from beyond backyard conversations to the topic being raised with official grain grower lobby groups by members.

Dean Narramore, meteorologist with the Bureau of Meteorology (BOM) said he accepted the frustrations of growers but said it was not as simple as getting close to the rain event and forecasting perfectly rain location and amounts.

In particular, he said the rain-bringing systems this year were harder to predict.

"This year we have seen a lot of cut-off low systems, which feed into tropical moisture and bring it south to the agricultural regions," Mr Narramore said.

"The issue can be that low can track unpredictably and a slight movement in where it is centred, just a hundred kilometres or so, which is nothing in meteorological terms, can have a big impact on where the rain is centred," he said.

"This is still all very active, even hours before the rainband hits so it is very difficult to give an accurate indication right down to a district level.

"With the cut off lows you have a relatively narrow band of the heaviest rain that generally follows the eastern side of the front so that is why you can see the rain drop off fairly dramatically outside the key area.

"This is what we have seen in Victoria last week, where there was good rain through the western Wimmera and Mallee, probably slightly even more than expected in some places, but it tapered off to the eastern sections of these regions."

Mr Narramore said in drier years, where there was not the tropical moisture feeding into the cut-off lows, a larger percentage of the rain, especially in southern regions, came from cold fronts, which were often more widespread, but not as intense.

"You won't see those big totals in excess of 25mm but you can often see more general falls of 2-10mm, often with a more predictable grading according to where you are."

However, Corack, Victoria, farmer Richard Reilly said while the farming community could accept there would be variability in long-term forecasts it wanted better within 48 hours of a rain event.

"Obviously forecasting the weather is a complex business, but one or two days out from an event the expectation is that rain totals should be getting quite accurate," Mr Reilly said.

He said the forecast was critical for croppers in low and medium rainfall zones.

"Farmers in the annual rainfall range of 400mm and less, hang off every word of the forecastersas moisture is often the key limiting factor in our business," Mr Reilly said.

There have been a number of instances through spring where social media has lit up with Mallee farmers disappointed with rainfall tallies of less than 5mm after forecasts of in excess of 25mm in the last forecast before the rain.

Many said they had applied inputs, such as a late top-dressing of nitrogen, which had not been taken up by the crop because of the lack of rain, costing the business money.

"In higher rainfall districts farmers have the confidence to apply fungicide or nitrogen as a matter of course as if they miss this rain event they are likely to get the next one.

"In the median to lower rainfall zones it more touch and go whether to apply these inputs.

"For example, the event on the 20th September was to be a Mallee rain, with heaviest rain forecast for our area.

"The morning of it was still forecast to deliver and the potential rain for the Mallee would have been incredibly valuable in financial terms, given the timing but it didn't deliver.

"Farmers then shared their 'disappointing' rain totals, which were only disappointing because they were lead to believe a solid rain was to happen.

If it wasn't forecast farmers wouldn't have that disappointment."

Mr Narramore said it was a complex situation.

"There's a lot of forecasts out there and farmers are very knowledgeable about the sites.

"You can see a lot of variation in the runs and sometimes people look at the one that provides them with the best results, a wish-cast rather than a forecast."

"The same thing can happen with our rainfall estimates, if we forecast 10-30mm there is a tendency for people to go to the higher extreme and expect 30mm, whereas a lot of the time we are within the range with our prediction it is just at the lower end of the scale."