A strong business with security is key to a successful future for the Young family, Wyuna East. 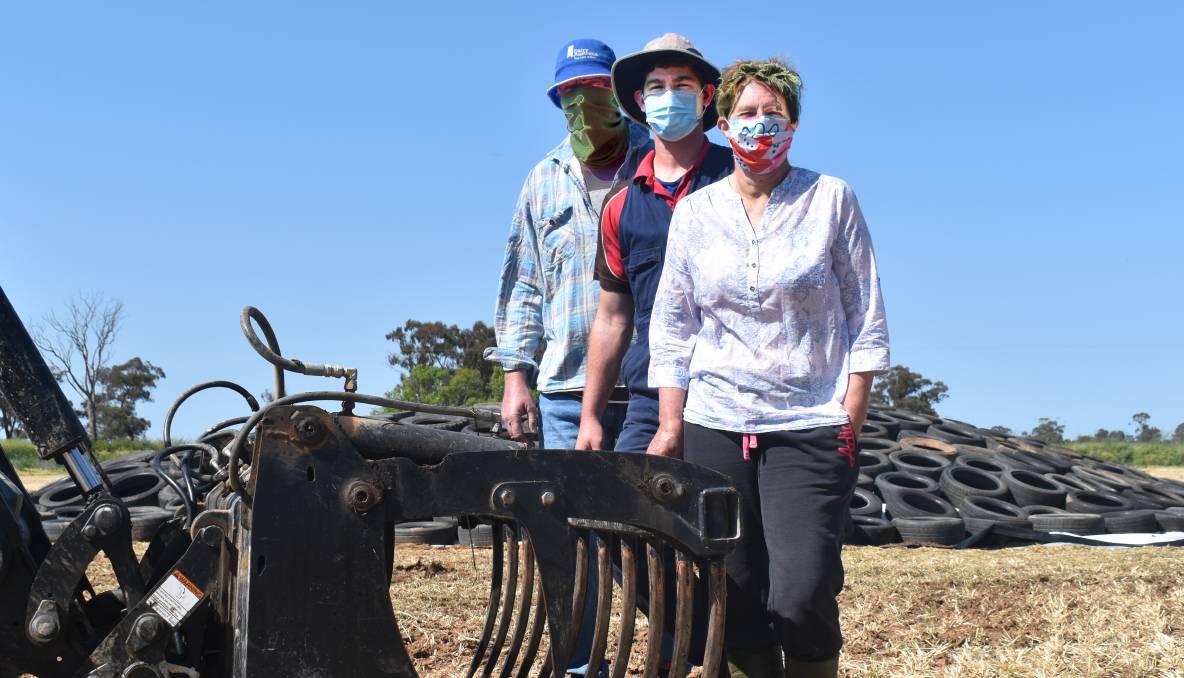 Succession planning for the Young family, Wyuna East, Vic, is well mapped out but remains a "work in progress".

Parents Stuart and Julie Young and sons Alec and partner Hilary and Jack and his wife Jamieson, are building a family business they hope will enable a smooth transition to retirement for the parents and continued farming operations for the younger generation.

Today the business is run as Helaku Dairies Pty Ltd with a milking herd of 470 cows through a 24-unit swing-over dairy with stall gates.

The family is in their eighth season at Wyuna East after starting on a 40-hectare farm they bought at Stanhope walk-in-walk-out where they milked 100 cows.

The move to Wyuna East was prompted by a lack of opportunity to expand at the Stanhope farm.

They started with 185ha at Wyuna East and have since added a 79ha (a block away from the home block) that Jack bought and another 90ha bought by Alec (adjoining the home block).

Stuart Young said the adjoining block had been incorporated into the existing farm.

He said the herd would "potentially" reach 500 next autumn.

The herd calves twice a year with a two-thirds calving in autumn (March) and the balance in spring (August).

The Youngs are in their second season supplying Freedom Foods.

"We went to Freedom Foods because they were the only people that would give us the security of a three-year contract," he said.

"Now we can forward buy water, cereals and hay. You can't do it year to year.

"That's what we need to do to stay ahead of the game."

Mr Young said the major change in their enterprise was a change in feed grown and consequently water usage.

"To make our business more sustainable we have moved to reduce our irrigation water consumption from around 1200 to 1300 megalitres a year to around 600ML," he said.

"We've done that by changing what we grow for feed from permanent pastures to annual and bi-annual ryegrasses and dryland cereal crops and vetch - and storing feed as silage in pits," he said.

He said the idea was to use the natural season rainfall rather than pour on "heaps of water in the summer and not get a good return on your investment".

Jack Young said the move made them more efficient with their water use.

"We get as much water as we can but we use it wisely and grow dryland as well," he said.

"Our main focus is still to grow as much grass as we can from March to November and then feedlot the cows until the grass is ready in April-May," he said.

He said he was confident about the future of farming.

"I always look at it that we own land here and there's always an asset here and there will always be demand for something," he said.

He said one of his roles was to run regular meetings that enabled the operation to be better organised and use their time more efficiently.

The succession plans were "rolling along", but starting to be closer to reality.

"You hear some bad stories and we are trying to avoid that," he said.

"We just want to make sure mum and dad can retire and have a good retirement and we can continue on with the business.

"I'm a big fan of contracts as security because you can plan for a couple of years and not just year to year."

He said the next couple of years with a locked-in contract should enable them to get the business set up right.

Stuart Young said the transition in farm ownership was "evolving".

He said the boys had bought their way into the business, set up as a trust, with their own cows.

The three farms were leased back by the company.

He is the executive officer of the business and Julie does the accounts.

"Jack and Alec virtually run the farm. They do all the day-to-day stuff and their skills complement each other," he said.

Julie Young said the transition gave the boys "buy in" to the business.

She said the succession was a "work in progress" but the arrangements were quite formalised.

The younger generation need a chance to have their say, "or they will leave", she said.

"They have a stake in the business and they provide a different way of looking at where it's going," she said.

Alec Young said his experience at university and in the feed industry before returning to the farm gave him access to a wide range of people and information.

"You see a lot of good farmers and see what they are doing.

"At university you meet people from different farming enterprises.

"I'm pretty confident in the future with the past couple of years and the changes we have made to how we farm."