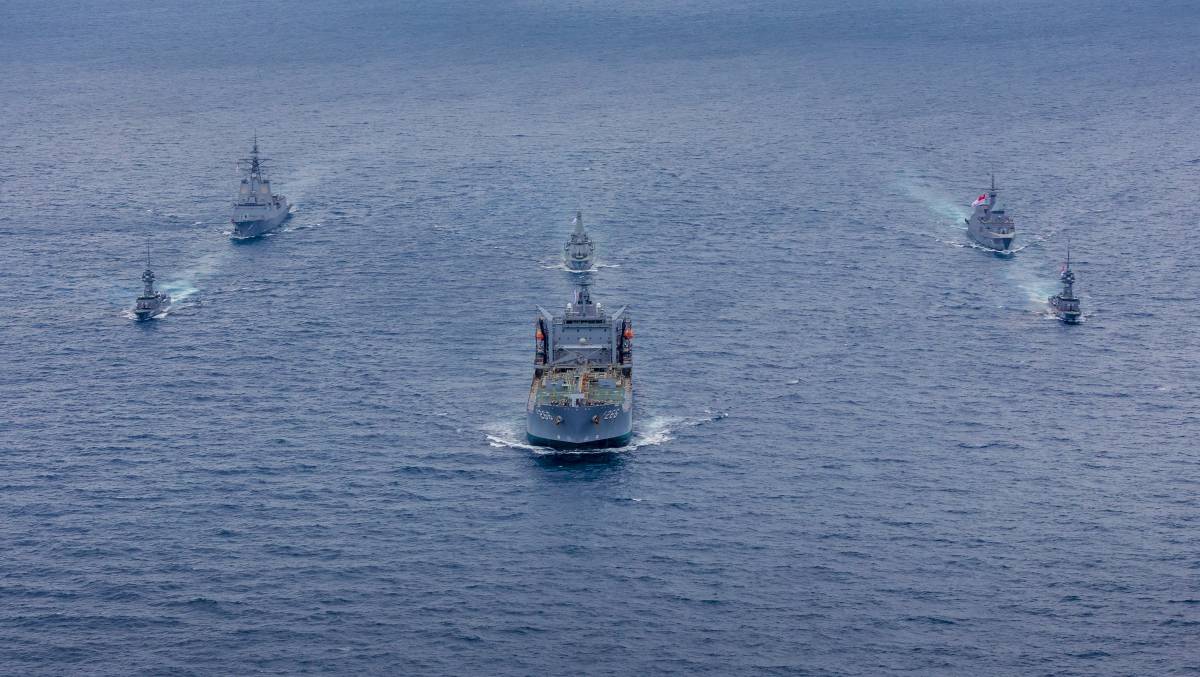 A new ranking of regional influence shows Australia's clout has grown in Asia, partly due to its defence networks. Picture: Department of Defence.

Only Vietnam and Taiwan joined Australia in gaining more relative power within Asia in 2020, the Lowy Institute project found.

Australia was one of only three nations to grow their influence as COVID-19 brought disorder to the contest for regional power in Asia, a new report says.

The Lowy Institute released its latest Asia Power Index on Monday, showing most nations lost clout in 2020 and that China was closing the gap with the United States as the region's most powerful nation.

However the project's lead, Hervé Lemahieu, said the inability of either the US or China to establish outright predominance in Asia would heighten the influence of middle power nations such as Australia.

The power index - a digital analytical tool ranking the region's nations on their influence - showed that Australia climbed one spot, overtaking South Korea to be Asia's sixth-most influential nation.

Only Vietnam and Taiwan joined Australia in gaining more relative power within Asia in 2020, the Lowy Institute project found.

"Vietnam, Australia and Taiwan have each sought at the margins to shape the regional order, even if none is powerful enough to dictate it," Mr Lemahieu said in a report on the index's key findings.

"All three must contend with the consequences of fading US strategic predominance and unusually difficult relations with China."

The findings could be a sign of a more multipolar region to come, he said.

"When neither the United States nor China can establish undisputed primacy in Asia, the actions, choices and interests of middle powers will become more consequential."

Mr Lemahieu said Australia's role wasn't diminishing with the rise of economic giants in Asia, but the nation would be worse-off while the region remained dangerous and disorderly.

Australia grew its influence in 2020 through its successful defence diplomacy establishing networks with other nations, and through economic partnerships created with free trade agreements. The nation's relatively successful handling of COVID-19 also enhanced its standing in Asia, the project found.

"We've obviously in Australia been very alarmed at a region that is becoming more disorderly, dangerous, poorer, and we have an elevated threat perception as well in terms of the security challenges that poses," Mr Lemahieu said.

However the nation faced challenges to its regional influence from its vulnerability to ecological disasters, such as its long running drought and the 2019-2020 bushfires, its reliance on fuel imports, and economic setbacks from a coronavirus-induced slowdown in population growth.

Mr Lemahieu said a weakness in Australia's diplomacy was that it needed to invest more in foreign aid, including in Asia, where COVID-19 was expected to throw 78 million more people into poverty this year.

"We need to be investing in the long-term recovery and resilience of our region and we're not doing that yet."

The power index outlined the limitations of nations' influence in Asia, and indicated that China's rise was not necessarily unstoppable, he said.

China's influence was uneven across the Lowy Institute project's measures. While China's overall score remained unchanged, a decline in US power meant it halved the gap between the nations compared to two years ago.