The future's bright for organic dairy, despite a setback caused by the collapse of the ODFA co-operative 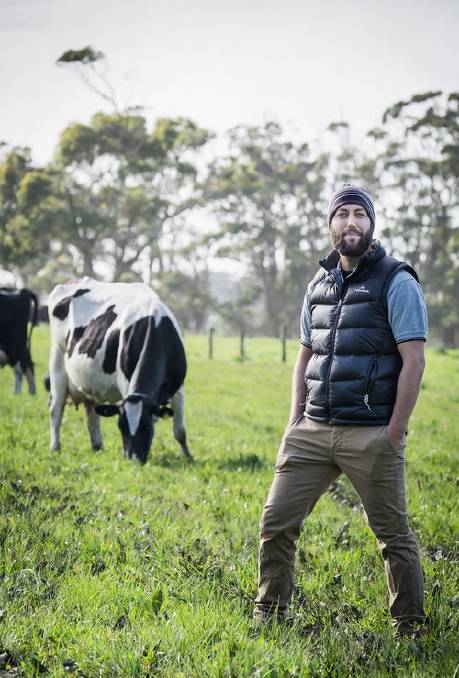 The collapse of Organic Dairy Farmers of Australia has seen Gippsland producers out of pocket for hundreds of thousands of dollars as they miss out on premiums paid for non-conventional milk.

Although ODFA's Geelong processing plant has been bought by Remarkable Milk, Gippsland farmers who were a part of the co-operative say they are not currently supplying organic milk to other processors.

ODFA had about 40 farmers supplying fresh, organic milk from Victoria's three main dairy regions, as well as parts of Tasmania.

Dairy consultant Bec Casey said she was trying to help broker the sale of one Gippsland farm, which had retained its organic certification.

"The property is for sale with the organic price-tag because the certification is still in place," she said.

She said income estimates showed the organic premium was worth about $280,000 a year to the vendor, "but there is no-one currently who will take organic milk," Ms Casey said.

Of the two main processors who take organic milk, Australian Consolidated Milk said it was still collecting, and paying the premium price, while Bega has been contacted for comment.

Ms Casey said the farm, at Nerrena, was also supplying ODFA before the co-operative went into liquidation.

"The vendors keep going because they are getting a conventional milk price," Ms Casey said.

She said the loss of a market put a brake on expansion of organic milk production in Gippsland.

ODFA went into administration in May, owing the National Australia Bank $7.7 million and unsecured creditors $10.3 million.

They said ODFA failed because of falling demand for organic milk, which meant any surplus had to be sold at a lower price, as well as holdups in completing a new processing plant in Geelong.

Receivers for ODFA sold its assets, including the Geelong factory, to Remarkable Milk which is controlled largely by directors of the Kyvalley Dairy Group.

ODFA had 40 farmers on its books, supplying organic milk from three main dairy regions, in Victoria, as well as central, and north-west Tasmania

But farmers, who were part of ODFA, have opted to set up a new co-operative, separate from Remarkable Milk. They said they were hopeful a new deal would be struck soon,

Peter Wallace, Elderslie Organics, Ellinbank, was selling to ODFA and said farmers were still in negotiations to find a new processor.

"There are number of different scenarios," Mr Wallace said.

"It's a perfect storm at the moment, everything seems to be against us."

He said Elderslie's milk had been going direct to the Geelong factory.

"It might be like this for another six weeks but I hope it will be right by the New Year."

It might be like this for another six weeks, but I hope it will be right, by the New Year. - Peter Wallace, Elderslie Organics

Simon Schulz, Schulz Organic Dairy, Timboon, said the future for organic milk and dairy products was bright, although the industry was facing challenges.

Schulz processes its own milk.

He said there was a risk and cost involved in setting up in-house processing. "It's certainly worked for us, but it won't be for everyone," Mr Shulz said.

He said it was a shame to see ODFA closed down partly because of the ideals it stood for.

"The co-op has been around for my entire career and I certainly supported farmers banding together, marketing their product as one, rather than being controlled by the manufacturers," he said. "I thought the co-op model was a great idea."

"I certainly feel for the farmers, they are our neighbours, of course.

He said there was a great future in organic dairy. "Conventional farmers are jumping off the land, year on year, whereas organic farmers are growing in number, because the market segment is growing."

John Crawford, Darnum, said farmers were intending to stay independent from the factory.

He believed the reduction in processor markets for organic milk was only a temporary setback for the sector.

"The farmers are staying independent, we are waiting until we get a couple of markets for our milk," Mr Crawford said. "Our milk is just going in with all the rest, as conventional milk."

"There are a couple of things in the pipeline that we have just got to sift through - we are throwing a few things out there, before we can start selling organic milk again."