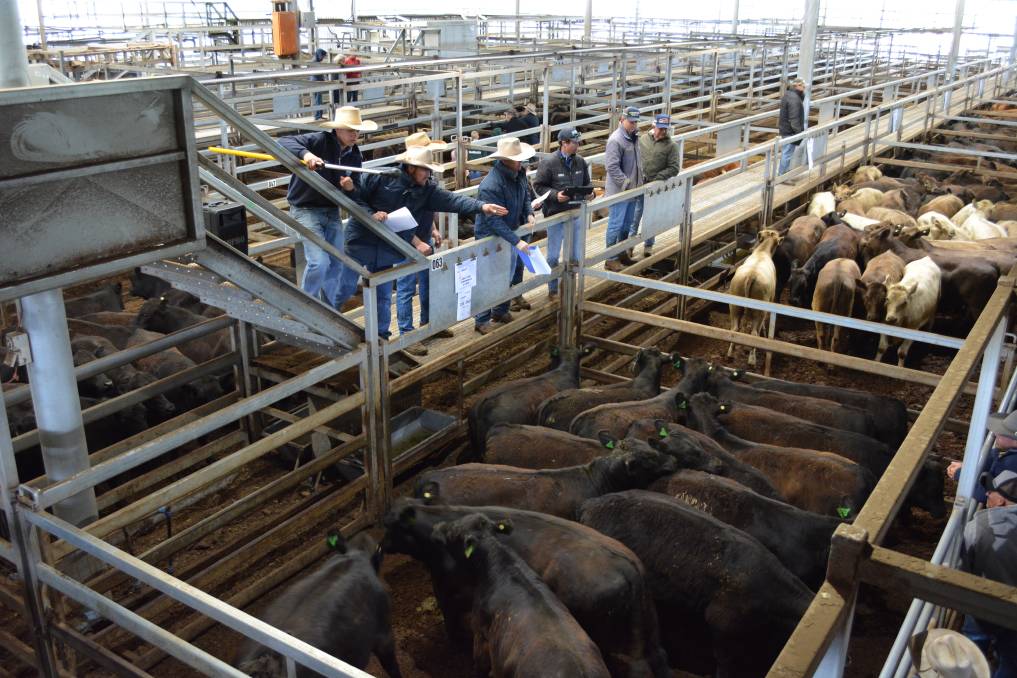 Cattle averages have broken through the 800c/kg barrier.

Red-hot restocker demand and limited supply have pushed the Eastern Young Cattle Indicator beyond 800 cents a kilogram on Thursday afternoon.

That's a record price for the indicator at 801c/kg, which in the past week has climbed about 12c/kg.

It's also about 300c/kg higher than this time last year.

Nationally, restocker yearling steers improved another 20c/kg (liveweight) on Thursday to hit 490c/kg, while yearling steers to processors were reasonably steady at 416c/kg.

The supply of cattle in Queensland may be helping keep prices higher than the other states this week.

The Queensland average for restocker yearling steers hit 494c/kg, while NSW lagged behind at 453c/kg.

Total eastern states yardings recorded a modest decline of 10 per cent on year-ago levels to 43,600 head last week according to Meat and Livestock Australia figures.

By contrast, MLA reported northern cattle supply was up with Queensland yardings lifting eight per cent year-on-year to 18,400 head.

"This was largely driven by an increase in the supply of restocker yearling steers, reported at 5800 head - the largest group across all categories last week," MLA reported.

"Supply out of southern markets continues to be impacted by heightened stock retention and positive rainfall outlooks for the remainder of spring."

At the same time, limited availability of slaughter ready cattle and reinvigorated restocker interest continue to drive down slaughter numbers.