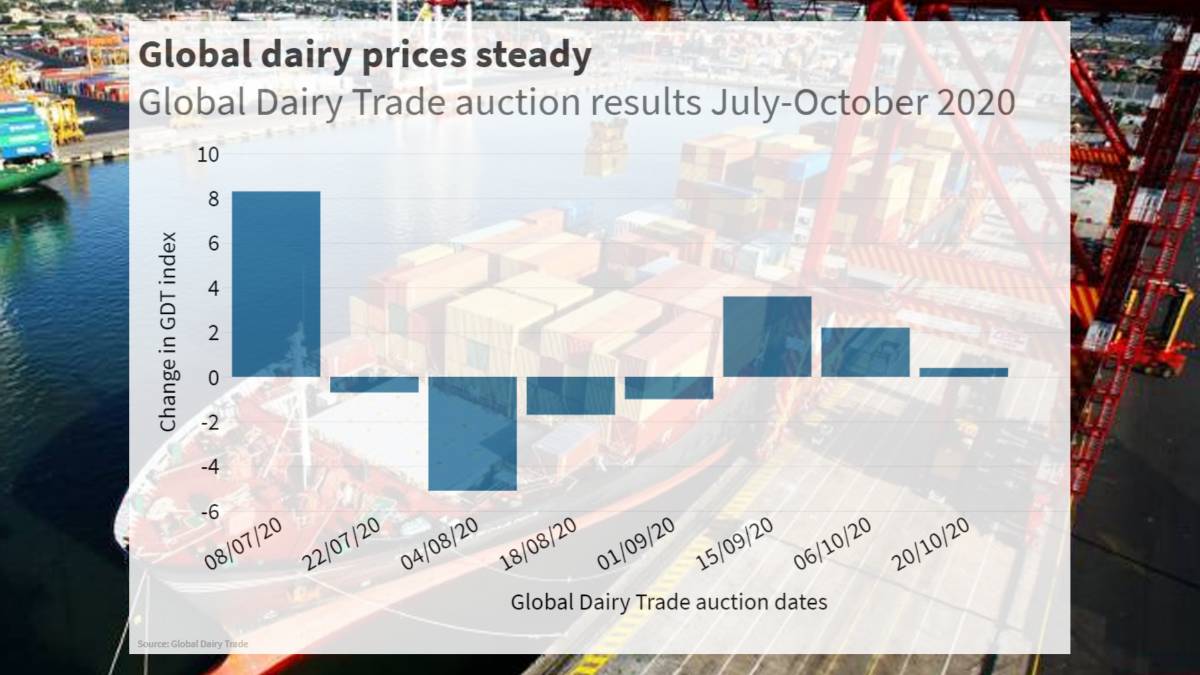 This was the third consecutive rise in the auction, despite growing global milk supplies and uncertainty due to the continued coronavirus pandemic.

But lactose suffered a big fall (down 8pc), while anhydrous milk fat (down 0.5pc) and skim milk powder (down 0.2pc) registered minor falls.

A weaker Australian dollar and New Zealand dollar against the US dollar are supporting higher commodity prices in both markets.

NZ pundits have pushed up their forecast NZ farmgate price on the back of the improving prices and strengthening demand from Asia, particularly China.

"The forecast change is due to better than expected global dairy demand," he said.

"In particular, the Chinese economy has rebounded strongly post COVID.

"The Chinese economy is on track to post modest growth over 2020, the only major global economy likely to do so.

"In addition, economies in other key dairy markets in Asia are also faring better than expected."

ASB economist Nathaniel Keall was also optimistic but the bank has not moved on its forecast $NZ6.75/kg MS.

"We now believe the downside risks to this forecast have receded, and the risks are, if anything, moving ever so slightly towards the upside after three decent auctions," he said.

"Since the last auction, Fonterra has also revised its forecast range, lifting the mid-point to $NZ6.80, but keeping a wide forecast range of $NZ6.30-$NZ7.30."

But Mr Keall was sounded a note of caution about China - saying it was already building a WMP stockpile, which would keep a lid on prices.

"Meanwhile, COVID uncertainties are ongoing and developments on this front still have the ability to surprise," he said.

It reported spot quotes from Australasian exporters showing a lift of $US50 a tonne in WMP prices.

Combined with the weakening dollar, this lifted the commodity milk value for southern Australian dairy manufacturers by 21 cents at $5.49/kg MS.