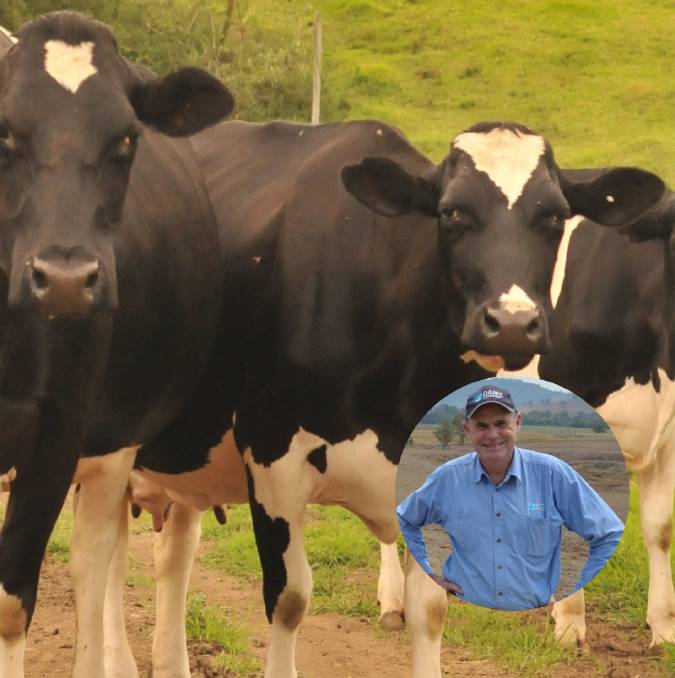 Graham Forbes is pleased dairy industry reform is headed in the right direction, but stressed there's still a long way to go.

This follows the release of the Australian Dairy Plan, which was designed to reinvigorate the industry and create profitability along the supply chain.

The Gloucester dairy farmer and Dairy Connect president backed the plan to support collaboration between industry stakeholders and the development of a new body to represent the industry in the future. He looks forward to being part of discussions but stressed further planning and information needs to be worked through.

"It's all moving in the right direction, it's taken a long time to get there," Mr Forbes said.

It's all moving in the right direction. - Graham Forbes

"We're (Dairy Connect) still quite supportive of what they're trying to do - consolidating the industry, knocking it into shape a bit better and moving forward.

"There is a long way to go, there's a few of those things like advocacy that didn't really have a strong direction but there's still a process coming forward with that. Overall it's very similar to our Dairy Connect model and we're quite supportive of trying to get it to progress."

It's the first time key organisations from the entire dairy supply chain have worked together to develop a strategic plan for the industry.

More than 1500 industry participants from across the country had their say, with reform of industry structures a leading cause for change.

The plan aims to better the outlook for the industry and target increased profitability, confidence and unity in the next five years and beyond.

Other key commitments include attracting new people and investment, a marketing focus, more farm business skills and restoration of trust and transparency in relationships between farmers and processors.

Profitability is a key area right up the chain.

"If we can't see a profitable future there and a process to get it, people aren't going to invest in the industry," Mr Forbes said. "That's what we've got to do and have a long term investment strategy back in the industry - but that has to be done on a profitable notion.

"The industry has got to reset itself and get that reinvestment back in otherwise it will continue to detract."

A strong industry must be worthwhile for future farmers.

"We've got to bring the next generation in. Unless we can show them it's a good industry to invest in people aren't going to stay in the industry," he said.

The plan doesn't focus on farmgate price, which has been a hot topic in the industry in the past few years.

"That's for another debate."

Australia is one of the world's leading dairy producing countries. Closer to home, about one-third of NSW milk is produced on the Mid Coast. If the plan is fully implemented, it's claimed Australia's annual milk production will be boosted by almost one billion litres. This would result in $500 million of farmgate value and create thousands of new jobs.

Those directly involved in the ongoing development of the plan understand the need for future consultation and an industry vote for reform to be successful.

Mr Forbes was confident some changes will be made in the next five years. More efficient operations in NSW and Queensland would be a catalyst for change.

"Sometimes you know what is coming, sometimes you don't, but certainly there will be big change in the next few years and let's hope farms start to expand on the north coast and into Queensland."