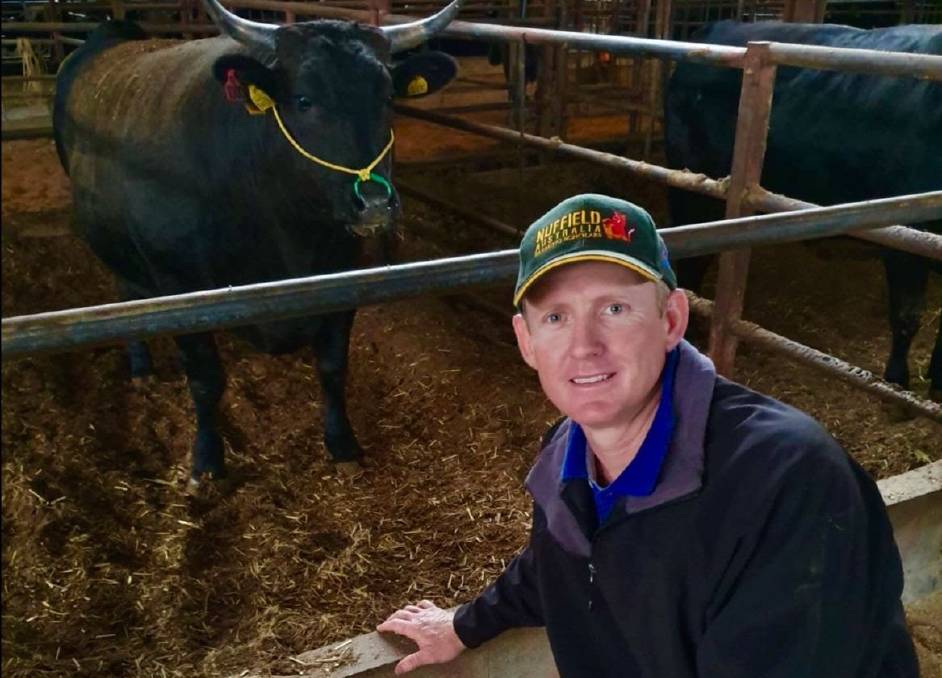 Alistair Corr investigates consumer expectations of how beef animals are cared for.

To meet consumer expectations and ensure future profitability in Australia's beef industry, greater focus must be placed on the continual improvement of animal welfare practices during the handling and transport of cattle.

Among several strategies is the handling and transport of cattle, working to minimise the cause and effect of stress on cattle to achieve production gains and mitigate losses.

"Travelling in New Mexico, I visited Dr Lyn Locatelli, a veterinarian who was trained in the behaviour modification method, Low Stress Stockhandling (LSS), which looks at how the interrelationship between cattle behaviour and humans can be manipulated to habituate cattle to the expectations of conventional production systems," Mr Corr said.

"Cattle moved by force experience a great deal of stress, commonly from not understanding what they're being made to do. However, through LSS, you can reduce this stress, as it uses body language in a pressure then release manner which, in the correct situational context, conveys information that cattle understand."

"This was echoed by Dr Locatelli, who said that maintaining a positive attitude and focusing on the use of proper low stress handling techniques enables handlers to effectively communicate with cattle, while satisfying ideal welfare solutions," Mr Corr said.

"When cattle are reacting to a stressor, they're less likely to respond to subsequent influences.

"Increased cortisol levels released during periods of stress can also prevent the stimulation of the inflammatory and immune systems resulting in several physiological complications, from reduced reproduction rate to increased susceptibility to disease."

"In Colorado, I was able to visit a cattle handling facility built by Dr Mary Temple Grandin's facility designer, Mark Deesing, who demonstrated how the structural design and working function of yards can be congruent," Mr Corr said.

"Theoretically the design embraces the animal's instinctual behaviour to return to where they just came from, and by fostering this desire, producers can decrease cattle stress and make handling easier and safer."

Though not as broadly adopted internationally or in Australia, Mr Corr also investigated indirect tools to increase animal welfare standards and policy, including the influence of transport monitoring.

"In the Netherlands, I met with Sanna Mesman, the national point of contact for animal welfare at the Ministry of Agriculture, Nature and Food Quality, who was working to develop animal transport guidelines in relation to climate variability and extreme weather conditions," Mr Corr said.

"In the development of these guidelines, trials were undertaken with precision monitoring company, Transport Genie, to monitor the climatic conditions in transit for a variety of species. It's Ms Mesman's belief that on-board monitoring will become a mandatory requirement for both animal welfare standards and to meet consumer expectations.

"Demonstrating accountability and transparency is becoming increasingly important, as consumers play a greater role in deciding the difference between historical standards and future expectations."

Mr Corr said the value of these strategies can be realised at a retail and market share level, by advocating the standards and demonstrating these through reporting and transparency.

"Profitability for the beef industry is achieved through both demonstrating standards at the retail level, and at the production level by reducing productivity losses and commodity discounting," Mr Corr said.

"To meet consumer expectations, the Australian beef industry must place a priority on upholding the highest standards of animal welfare. By providing and sharing information about the techniques and tools available, producers will have the capabilities to enhance profitability, animal welfare outcomes and future sustainability of the industry."