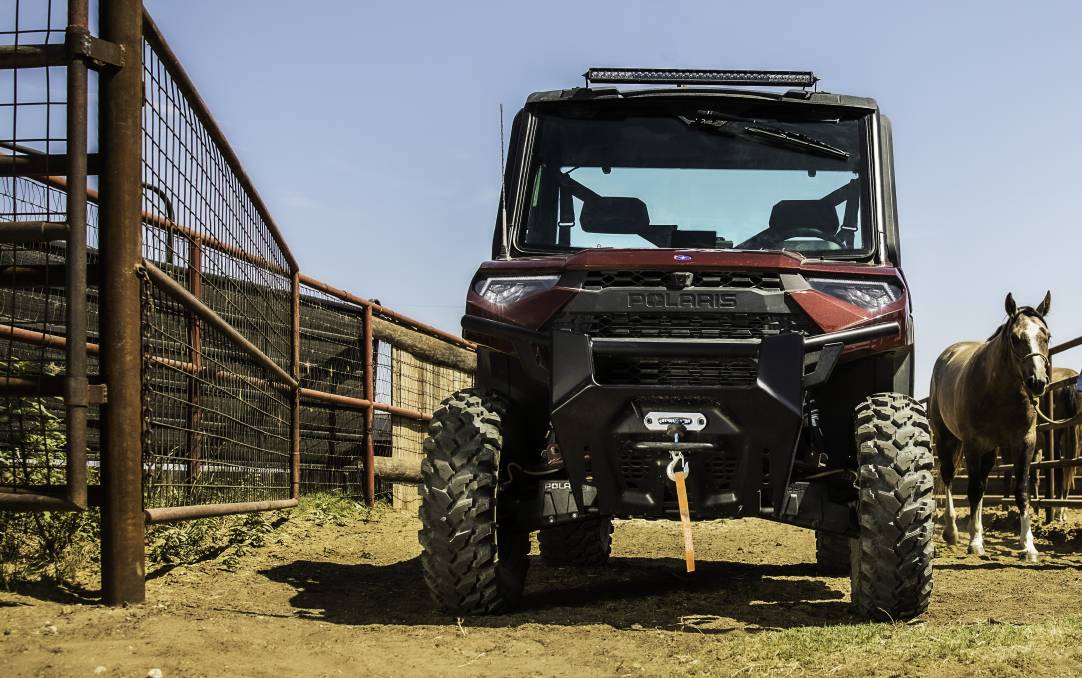 RANGING AHEAD: Polaris says sales of its Ranger model side by sides have been strong as buyers leave the farm quad bike farm.

Polaris says its decision to quit the quad bike market hadn't hurt its overall sales of off-road vehicles in Australia.

The company says sales data for the first nine months of this year released by the Federal Chamber of Automotive Industries showed Polaris remained Australia's number one off-road vehicle brand.

Polaris said the result had been achieved on the back of significant growth of its range of side-by-side vehicles (SSVs), helped along by an acceleration in market transition from quads to SSVs.

Polaris Australia and NZ managing director Alan Collins said for the fourth month in a row more utility side by sides were sold than farm quad bikes in the Australian market.

In September 29 per cent more utility SSVs had been sold than ag quad bikes, he said.

"The Australian utility side by side market is now up a staggering 41pc year-to-date to September as the market transitions from quad bikes and towards SSVs," he said.

The first stage of new Federal Government regulations to make quad bikes safer introduced on October 11 would hasten this shift, he said.

New and second-hand quad bikes directly imported into Australia now have to undergo stability tests with the result recorded on a hang tag at the point of sale.

From October next year they will have to be fitted with operator protection devices (OPDs) in a move aimed at reducing quad bike deaths and serious injuries.

Mr Collins said the FCAI data had revealed Polaris was a runaway leader in the Australian SSV market with a 39.4pc market share in the utility side by side sector for the year to September, more than double its nearest competitor.

"For many years we have been experiencing a significant market transition with customers moving en masse from quad bikes to side by sides," Mr Collins said.

"This transition is only accelerating with the advent of the Consumer Goods (Quad Bikes) Safety Standard and customers are voting with their wallets for the choice that Polaris offers with our range of over 30 SSV models.

"Polaris has been at the forefront of this transition with its industry-leading line-up of Ranger, General and RZR side by side vehicles offering increased utility, properly engineered rollover protection structures and factory integrated safety technology along with a range spanning from youth to full-size products.

"In addition to the enhanced functionality and safety technology of a side by side over a quad bike, customers can also purchase an entry-level Ranger SSV model for less cost than most credible competitors' quad bikes of a comparable engine size."