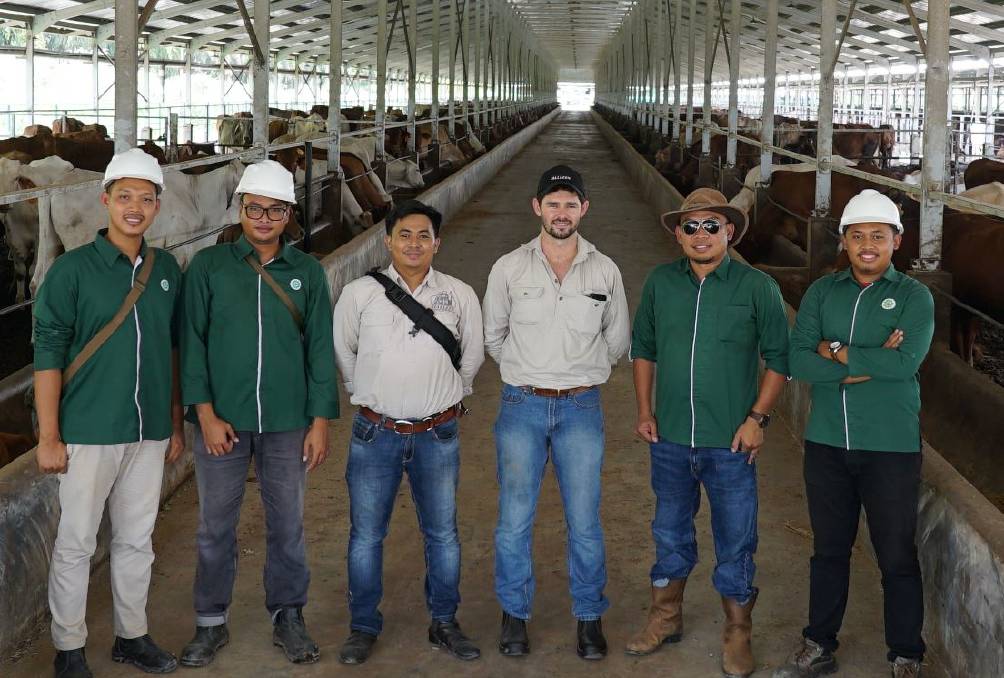 ON THE JOB: Halleen's Patrick Coole with the company's head supply chain officer Indonesia, Yudhis Sutrisna, and clients in a feedlot in Indonesia late last year.

THOSE who are on-the-ground delivering Australia's animal welfare programs in foreign live export markets often say there are many things about the trade they'd like to be common knowledge back home.

For Patrick Coole, top of the list is just how important a role, both economically and culturally, the live export industry plays in the markets Australia ships to.

That, along with how unique is the job that has been done establishing the high level of animal welfare the Australian public expects overseas. Put simply, it's world-first.

Mr Coole, who grew up on cattle stations mostly in the Kimberley, started his career in livestock vessels as stock person, working on university breaks.

In five short years of full-time work, he has gone from stock person to following the cattle into feedlots and abattoirs to help with the implementation of Australia's welfare standards to his current position as ESCAS manager for Halleen Australasian Livestock Traders.

ESCAS, the Exporter Supply Chain Assurance System, is the assurance program which makes welfare guarantees a condition of the trade of live Australian animals. 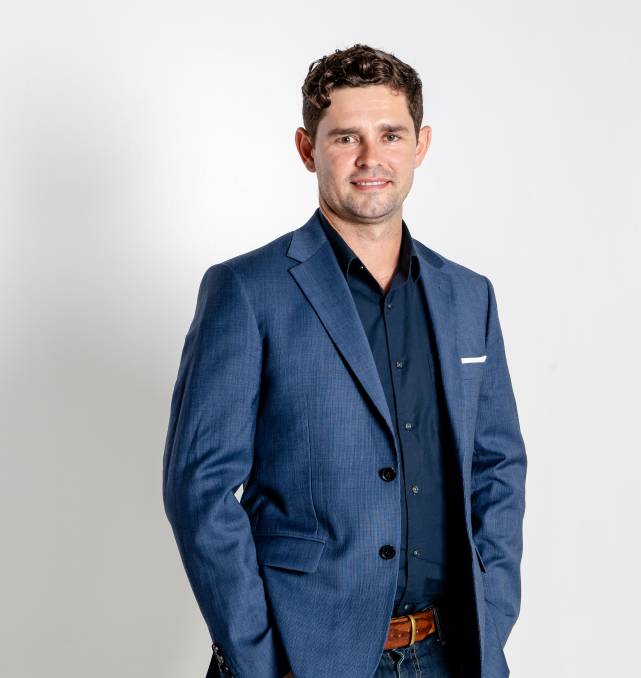 The 2020 Young Livestock Exporter Achiever of the Year, Patrick Coole.

He studied finance and anthropology at university but it was probably more the travel, and the opportunity to work with cattle, that first attracted him to the live export industry.

On a day-to-day basis, he is now looking after the team of in-market representatives Halleen has in its South East Asian markets who respectfully monitor animal welfare standards and run training and education programs.

The focus is firmly on prevention, Mr Coole said.

Pre-COVID it was very much hands-on work - he would be in countries like Indonesia and Vietnam for a week every month - and he is looking forward to returning to business as normal.

First-hand, face-to-face relationships are critical to the job, where different cultures and different animal welfare expectations are involved, he said.

"We've been very successful in what we've achieved. Personal relationships, and Australians being there in person, has been a key component," he said.

"We have a fantastic base for our animal welfare programs and now it's about communicating that better to the Australian public.

"They tend to only see this industry when things go wrong but every day thousands of animals are moved throughout supply chains in foreign markets and all are handled in a way Australians would be satisfied with."

The second opportunity, Mr Coole believes, is in dealing with the fringe cases when something does go wrong.

"That means reducing them and being transparent and quick to rectify," he said.

Mr Coole said the live export relationship between Indonesia and Australia was unique, and as such that is where animal welfare work has probably had the most impact.

"Cattle and beef consumption is a big part of Indonesia's culture - it plays a key part in a lot of religious ceremonies and is an important part of daily life," he said.

"Indonesia's feedlotting system is so complimentary to our northern cattle production system. We can breed and grow the type of cattle they want.

"They are finishing them, so that provides jobs, it value-adds byproducts produced in Indonesia and it has cultural importance.

"This is a big part of our story that we have to share."

"Each demonstrated a strong passion and commitment for what they do, and they are an assurance of how promising the future is within the live export industry," he said.

Halleen's managing director Ian Halleen said Mr Coole had been integral in creating new, and improving old, systems, working with the in-market staff to ensure they are trained so they can be strong representatives of the industry.

"He also participates in multiple industry committees and had an important role in the establishment of the Young Livestock Exporters Network with his drive being to see the participation and development of younger people within the industry," Mr Halleen said.

"As an industry it is important to give recognition to the exceptional young achievers, their commitment to innovation, leadership and to world-leading practices," he said.

Sponsored by
Northern Hemisphere cropping conditions are weighing on the minds of local trade.
Test
Will Evans is the new chief executive officer of the NT Cattlemen's Association.
Test
Too many years of below average rainfall and too long between decent falls is really starting to show in central west Qld.
Test
Australia's seafood industry is expecting farmed salmon, prawns and oysters to help lift the sector back into positive territory.
Test
Struggling to find workers will push horticulture innovation, says ABARES.
Test
Agriculture should be proud of standing tall during one of the toughest years on record, the Ag Minister says.
Test
Australia's dairy farmers must embrace educational opportunities to better adapt to industry challenges and drive future growth and profitability.
Test
ABARES forecasts a lift in the EMI, but global demand is still at the mercy of Covid-19.
Test