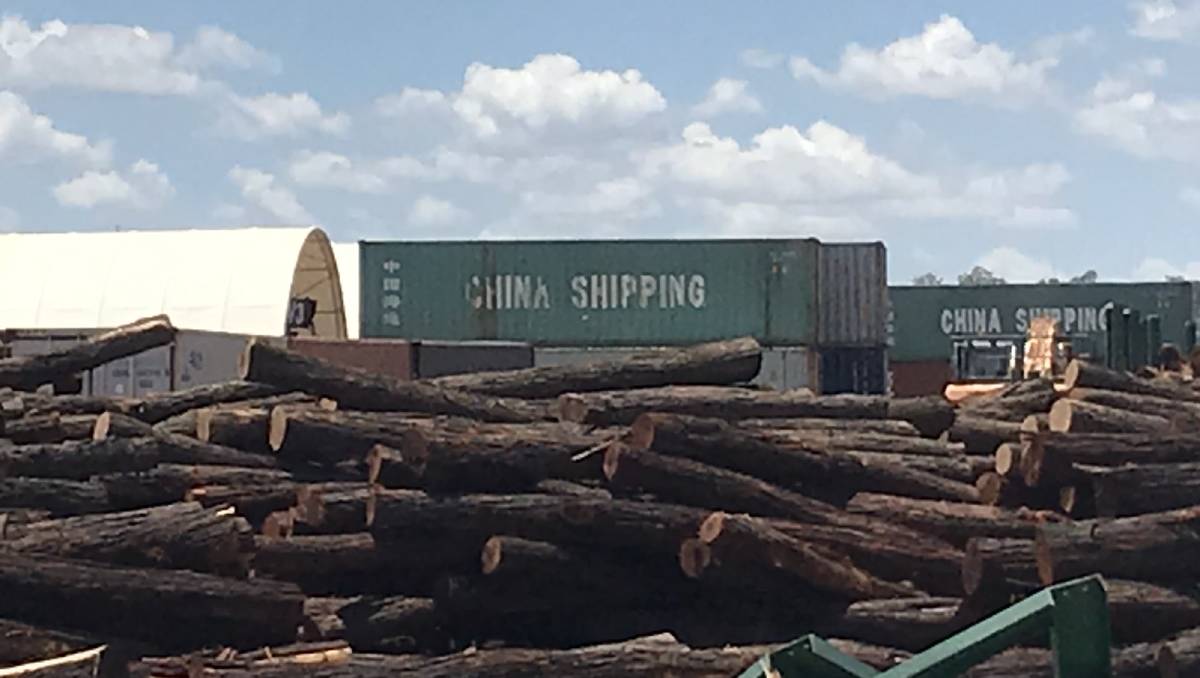 The Queensland timber industry has been rocked by the suspension of the export of raw logs from Queensland to China. Photo: Penelope Arthur

The federal agriculture minister is urging 'calm' after new reports of further trade sanctions from China.

Federal Agriculture Minister David Littleproud is urging Australian exporters to deal in "fact rather than rumour" when it comes to trade with China.

Mr Littleproud said the Australian government had still not received any formal notification from China of official sanctions despite reports in the Chinese state-run newspaper, The Global Times, that China is blocking imports of Australian wine, lobster, sugar, coal, copper, barley and timber worth around $6 billion.

Staff from the Department of Agriculture held talks with concerned stakeholders yesterday and Mr Littleproud said his is department would "continue to work in Beijing" and in Australia to get further clarification on the trade issues.

"So, we're working through it calmly, but there is a lot of rumours swirling around at the moment, it's important we deal in fact, and that's what we're trying to work through with Chinese officials in Beijing as we speak," he told 4BC Radio.

"But we have always continually said that you should spread your risk, and we've made that clear by diversifying the trade agreements we put in place," he said.

"That's what a good government should do, is give commercial opportunities and for our exporters to make those commercial decisions."

Lobsters may be victim of China trade spat

But Labor has accused the Morrison government of failing to deliver leadership, arguing hardworking Australians were paying the price.

"It is no good to point over at China or indeed any other country and say it's not our fault," he told Nine on Friday.

"That is a situation which is completely hopeless."

Mr Marles said Australian workers with jobs on the line were looking to the government for answers and action.

"There are obviously difficulties and complexities in the relationship with China, which is exactly why you need personal relationships to add balance to the situation," he said.

"But right now, they can't speak to a single person in China."

Home Affairs Minister Peter Dutton said the trade tension were concerning but rejected the criticism as "the cheap talk of opposition".

"The cheap seats in opposition can fire all these shots, but the reality is China is a sovereign state, it makes decisions," he said.

"We will work with China and we want to make sure that those markets remain open, but in the end it is not a decision for the Australian government."

Mr Dutton said the government wanted to work with China to resolve the trade disputes.

"Shouting out across the television screen at China is not going to work," he said.

"We'll work with them behind the scenes, and we'll continue that discussion."

Senior ministers have cautioned against concluding the trade strikes are in response to positions Australia has taken in relation to China.

Diplomatic relations are heavily strained due to disputes over the coronavirus, Hong Kong and the South China Sea.

Labor argues if any country, including China, unreasonably blocks Australian exports the government must call them out.