Ed Husic, an MP based in outer western Sydney will become shadow agriculture minister following the resignation of Joel Fitzgibbon. 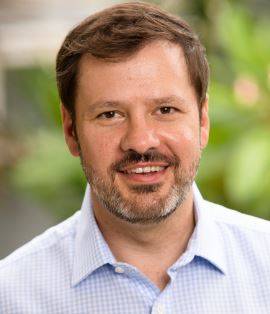 The new shadow agriculture minister Ed Husic is the member for Chifley, in western Sydney.

AGRICULTURAL groups have congratulated the ALP's Ed Husic on his appointment as the shadow minister for agriculture, replacing Joel Fitzgibbon, who has stood down from the role due to a difference of ideas with the ALP leadership on climate policy.

Mr Husic does not have an agricultural background, having grown up in western Sydney before being elected as the member for Chifley, a seat encompassing outer metropolitan western Sydney, in 2010.

"We look forward to briefing Mr Husic on the NFF's plan for agriculture to be a $100 billion industry by 2030," Ms Simson said.

"This is a plan that has the support of his party, the Government and industry," she said.

Ms Simson said the NFF would seek to update Mr Husic on the key issues facing the industry.

"The priority issues for agriculture continue to be trade and market access, biosecurity, workforce shortages, enhancing the R&D system and agriculture's role in a reduced emissions future," she said.

"At the earliest opportunity we would welcome the chance to brief Mr Husic on the investment and policies the NFF has identified as needed for the farm sector and the bush to best contribute to Australia's economic recovery.

Ms Simson also thanked Mr Fitzgibbon for his contribution to the industry.

"Mr Fitzgibbon's tenure in the 'agriculture seat', either as Minister or shadow, spans more than seven years.

"During that time, Mr Fitzgibbon has supported farmers through droughts, floods and bushfires and he should be recognised for his contribution to agriculture's public policy discussion."