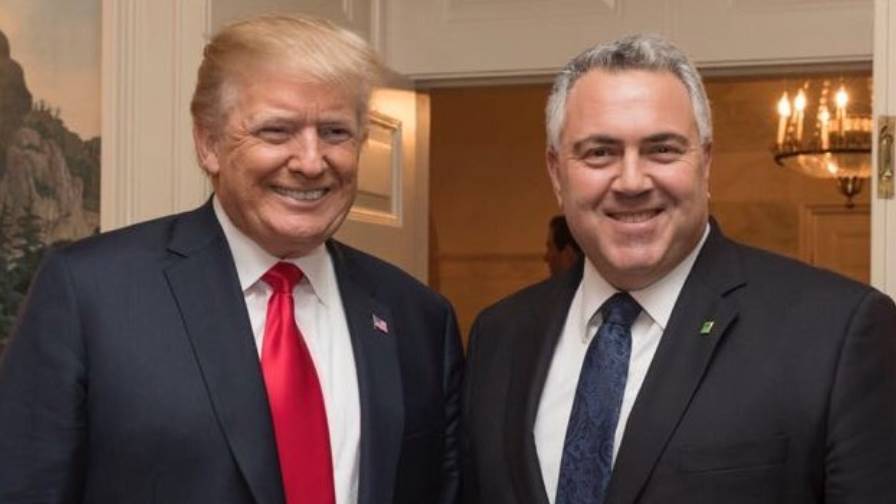 US President Donald Trump with then-Australian ambassador to the US Joe Hockey. Picture: Instagram

The former ambassador predicted President Trump would monetise his support base and establish cable news and social media platforms to rival Fox News and Facebook.

Donald Trump will become the United States' "opposition leader" following his defeat and has probably convinced himself he was robbed the presidential election, former ambassador to the US Joe Hockey has said.

Mr Hockey, speaking at a virtual Trans-Tasman Business Circle event on Tuesday, also praised Joe Biden's "disciplined" campaign and said the election result was the right one for the US.

The former Coalition government treasurer predicted President Trump would monetise his support base, establish cable news and social media platforms, and remain a force in the nation's politics after leaving the White House.

President Trump would be frustrated there was no comprehensive legal evidence yet supporting his claims of widespread election fraud, Mr Hockey said.

"He'll be thinking to himself , and look, I think he's been thinking it for a while, 'what's next?'," he said.

Mr Hockey, who knew and played golf with Mr Trump while he was ambassador to the US between 2016 and 2020, doubted the US President would concede election defeat and said he had probably convinced himself he was robbed of victory.

"That'll be his vehicle to wind up 70 million people to support him," Mr Hockey said.

The outgoing president would become the "leader of the opposition" in the US probably until the mid-term elections in 2022, the former ambassador said.

Speaking on Tuesday, Mr Hockey said the polarised political debate had made governing the US difficult but President-elect Biden was off to a good start winning broad support from Americans.

"His demeanour is perfect for the moment, just calm, not making rash decisions, considered, just reassuring and experienced," he said.

"There's a foundation there probably amongst moderate Republicans but also amongst the working class that will give him a go. The question is how he handles it." 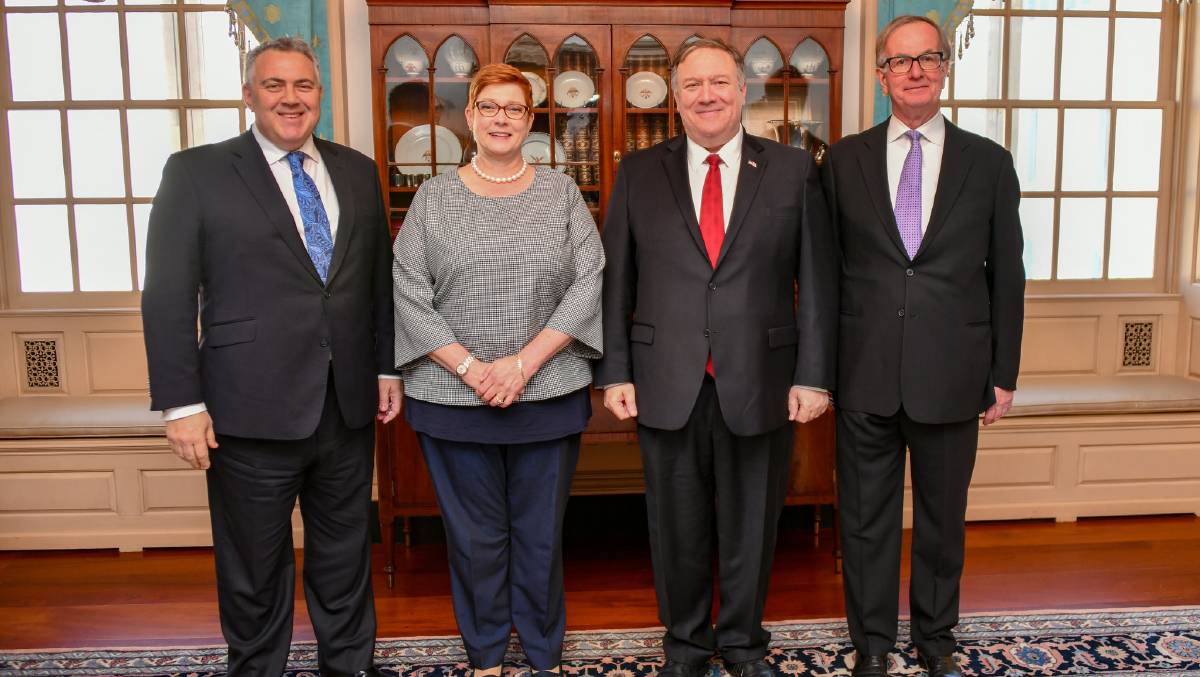 Then-Australian ambassador to the US Joe Hockey with Foreign Minister Marise Payne, US Secretary of State Mike Pompeo and then-US ambassador to Australia designate Arthur B. Culvahouse, Jr. in Washington, D.C. in 2019. Picture: US Department of State

Mr Hockey predicted the Biden administration would rebuild multilateralism in international affairs but would bring little change in the US relationship with China beyond the words it used.

"The US has had enough. China is completely friendless in the United States," Mr Hockey said.

"America has woken up to cyber security threats and the more it's dug down, the more it's discovered what it didn't know about the theft of intellectual property and malfeasance by state-related actors, not just out of China but out of other places as well."

There was a need for Chinese President Xi Jinping to meet Mr Biden, and for more engagement between China and other countries.

There would be an opportunity for Prime Minister Scott Morrison to work with President-elect Biden to make relations with China more constructive.

"The question will be how do you bring along other countries," Mr Hockey said.

The story Trump will become US 'opposition leader': Joe Hockey first appeared on The Canberra Times.