Cotton farmers are urged to keep an eye out for pests at planting time this year, with novel pests combining with old foes to cause concern. 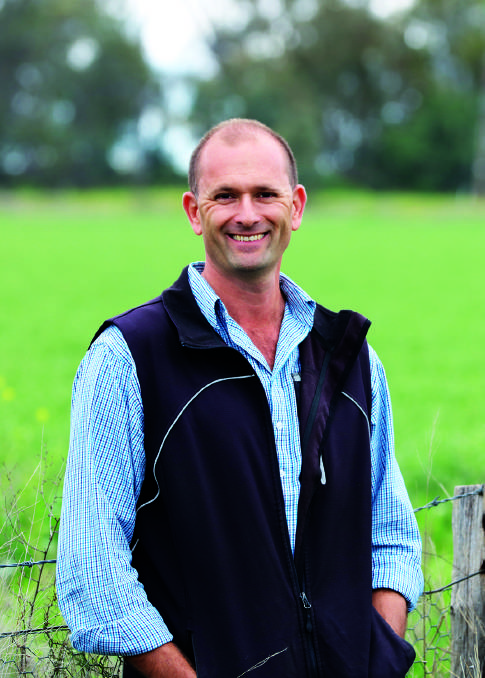 Paul Grundy, CottonInfo and Queensland DAF, is encouraging cotton growers to keep an eye out for pests.

AS FARMERS in the northern cropping region begin to take a breather from a hectic winter crop harvest, thoughts are now on the summer crop.

With cotton prices looking attractive, farmers are looking at the upcoming plant with enthusiasm, but conscious that they will be confronted with more challenges than ever, including the incursion of the pest species fall armyworm (FAW), first identified in Australia on Cape York earlier this year and now found as far south as central NSW.

CottonInfo technical research lead and Queensland Department of Agriculture and Fisheries researcher Paul Grundy cautioned growers to keep an eye for the species as part of an integrated pest management (IPM) strategy.

"Make sure you keep an eye out for fall armyworm," Dr Grundy warned cotton growers.

"With fall armyworm detections throughout Queensland and well into NSW, many agronomists are taking a closer look at the caterpillars they come across in different crops," he said.

However, he said it was a case of being alert, not alarmed, as no FAW has been detected in cotton crops, either Bollgard 3 or conventional cotton, grown in northern Australia over the past seven months.

Host preference field studies conducted by Brian Thistleton and his team at the Northern Territory Primary Industries Department also found no evidence for FAW moth laying eggs in in field grown cotton plots, however their study did show that FAW could feed and develop on conventional cotton when confined within containers in the lab without alternate host choices.

But FAW is not the only pest that Dr Grundy highlighted, saying that the return to wetter conditions during the year will lead to a boom in pest populations.

"Although the cotton area for 2020-21 is still well down on previous seasons in many valleys, increased rainfall will see major changes in the surrounding landscape that will in turn influence pest populations that will affect crops now and in future seasons," he said.

Many common pests such as mirids, Helicovpera spp. and plant feeding shield bugs are likely to benefit from a greener landscape he said.

Aphids are another pest to monitor, with numbers building due to the increased rainfall.

"Both cotton and green peach aphids have been infrequent for many years but, with rapid lifecycles and increased host abundance in the broader landscape, opportunity exists for rapid population build-up that could spill over into cotton crops," Dr Grundy said.

He said the benefits of a strong IMP strategy that did not over-rely on broad spectrum insecticides were clear when it comes to aphid control.

"Fortunately, aphids have many natural enemies that commonly occur in cotton crops," he said.

Although time has been in short supply for those with winter cropping programs, Dr Grundy urged growers to consider paddock hygiene and to control weeds to retain moisture and to stop the spread of diseases.

"If you have not caught up with feral ratoon and volunteer cotton removal in and around your farm, today is the best day to start getting things ready for better seasons ahead with the prospect of replenishing storages," he said.

"A survey of perennial feral cotton plants taken in 2013 found that 63 per cent of plants sampled in Central QLD along farm roadways, supply channels, drainage and fence lines were infected with Cotton Bunchy Top Virus (CBTV)," he said.

A similar pattern was found in the St George irrigation area and Darling Downs with 29 per cent and 53 per cent of feral growing cotton plants found to be infected with CBTV.

Sponsored by
Meat created from cultured live chicken cells approved for commercial production and sale by Singaporean food regulator.
Test
Angry state Ag ministers confront Littleproud on urgent issues
Test
The big year in our south-east has led to estimates of the second biggest crop on record, while better than expected WA yields also helped.
Test
Aussie White ewe lambs set a new national record selling for $650 on AuctionsPlus.
Test
The economic cost of the spat between China and Australia may be bigger than you realise.
Test
A new report has underlined the problem of labour shortages in the booming trucking sector.
Test
Politicians from both sides of the divide have come together to put soil health on the national agenda.
Test
Changing consumption habits create opportunity: Rabo Beef Quarterly
Test