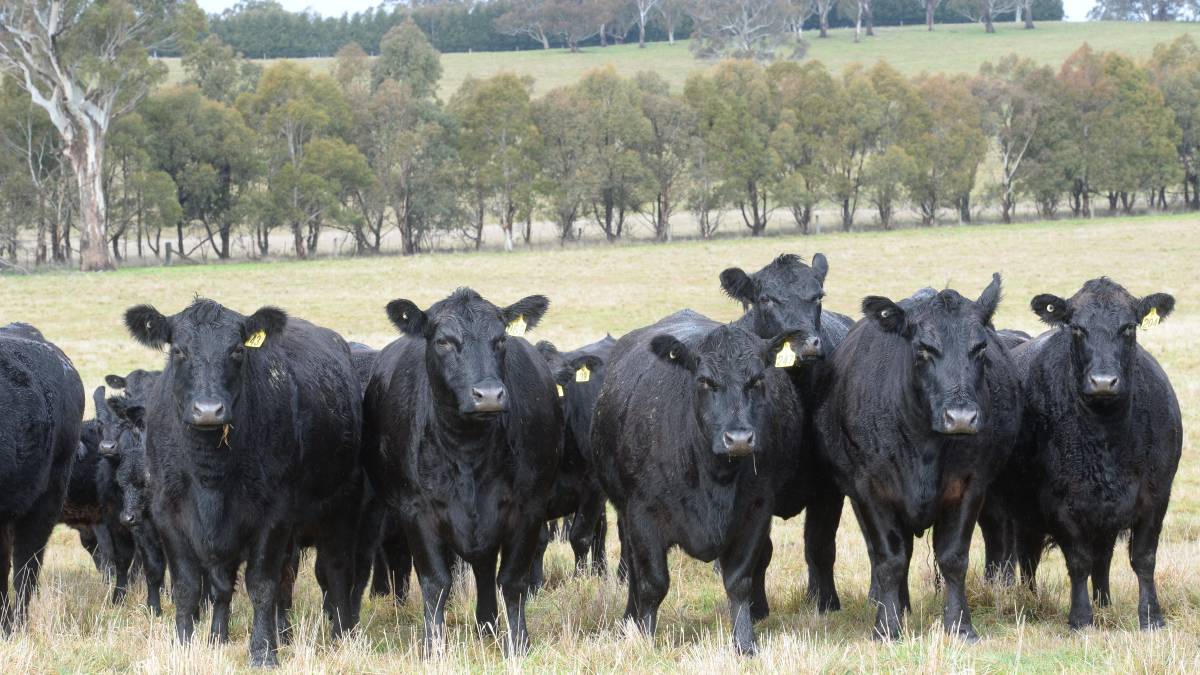 ANGUS breeders will have access to new and updated selection indexes next month, that may result in their animals being re-ranked following changes to the calculations.

The update comes six years after previous changes were made to the four selection indexes including the Angus Breeding Index, Domestic Index, Heavy Grain Index and Heavy Grass Index,

A review conducted by Angus Australia over the last 18 to 24 months, and there are two major components to the updates scheduled for December.

"The first is updating all the economic and production parameters which are fed into the BreedObject software, to ensure they are relevant for and reflect current production systems and markets," My Bryne said.

"Second is updating the version of BreedObject software we use, from the previous version up to the latest version being commonly known as version six (also implemented recently in other breeds)." "As a result we see far greater emphasis on mature cow weight in the calculation, and greater ability of the model to balance improving eating quality and yield at same time," Mr Bryne said. Photo: Angus Australia

Mr Bryne said a key part to the updates of the indexes and parameters had been industry consultation to ensure they are as relevant as possible and reflective of breeding objectives.

When looking at the changes in emphasis put on the traits in the calculation of the indexes, Mr Bryne specifically referred to the Angus Breeding Index (ABI).

More emphasis has been placed on the maternal segment, reflecting the emphasis on milk and mature cow weight (MCW). It has moved from 7pc to 19pc in the updated version.

The emphasis on calving ease and fertility, particularly days to calving and scrotal size, has slightly reduced, while growth and carcase remained very similar.

Mr Bryne said the response to selection could be generated by taking a group of 100 well-used sires, ranking them on index value and looking at the estimated breeding values (EBVs) of those bulls that rank within top 10pc of the selection index.

This provides a good indication of response to selection that might be seen after one generation based on these indexes, he said.

"Using the ABI, you see similar response to selection in calving ease... an emphasis on improving and maintaining Angus' position as a good calving ease breed is still within the new index," he said.

"There is still positive response to selection in growth still trying to increase values... increase not so much to produce bigger animals but ultimately to reduce the age at turn off, and the age animals meet market specifications which has a big impact on profitability.

A big change is seen in MCW.

Previously improvements in growth of Angus animals also associated with increased weight of cows at maturity, and increase in weight of the mature breeding herd, he said.

In the new indexes that is far more moderate.

"Response to selection would suggest new indexes hold MCW were is, still increasing growth in a more balanced approach and not resulting in a continual increase in the weight of mature Angus breeding females," he said. Across other traits, slight increase in response to selection particularly carcase weight and eye muscle area is reflective of a slightly increased focus on retail beef yield, and slightly less emphasis on intramuscular fat (IMF) as a result.

"There is still a very high response to selection and high emphasis in the indexes on improved eating quality," he said.

"Before not much response of priority was given to retail beef yield, and the new indexes balances more to focus on yield and IMF at the same time."

WHERE WILL MY ANIMALS RANK NOW?

Mr Bryne said a significant re-ranking of animals would be seen.

Looking at a group of well-used sires, the correlation between the existing and the new ABI is around 0.87.

Within the standard deviation, an increase in the spread is seen.

Mr Bryne said a far greater difference in selection index values published for animals will be seen, which is reflected by an increase in the range of values. "What we expect to see when we look at those is animals with particularly high MCW relative to some of the other traits won't rank as highly on index as they did before.

The updated selection indexes will be updated indexes available around December 10.

The review of indexes is not complete, with the next stage commencing in 2021.

This involves investigating further improvements that could be made to the way the selection indexes are calculated and displayed, to provide value as a decision support tool for Angus breeders in Australia.

Four key priorities have been identified with the Angus Australia genetics consultative committee, he said.

"The need to incorporate other traits into the calculations, including breeding values for structural soundness and docility," Mr Byrne said.

"Greater ability for individual breeders to go in and customise an index for their production system, rather than rely on standard indexes.

"Exploration of consolidation of the existing four indexes into one or two (rather than having four).

"And within that, exploring the opportunity and feasibility of publishing sub-indexes for different parts of the production chain, be it the cow/calf sector, backgrounding sector or processing sector."

Angus Australia will keep members updated on their progress in this area.

The story New selection indexes for Angus cattle first appeared on The Land.