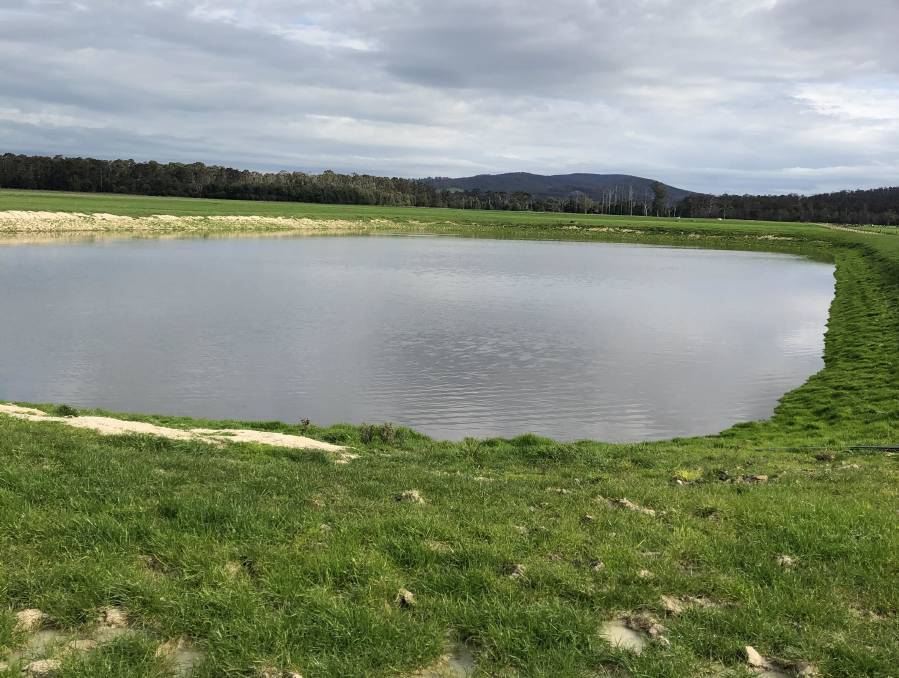 A third effluent storage pond on Mark and Trish Hammond's property has helped boost the area able to be treated with liquid effluent.

The Hammonds have made three key improvements to their farm's effluent system, including installation of an effluent pipe mainline.

Victorian sharefarmers Mark and Trish Hammond are realising the benefits of a 1600-metre long pipe mainline for turning their liquid effluent into a summer resource.

It was installed during the summer of 2019 on a property they share with J.H. Cuthbertson near Labertouche, in the West Gippsland region.

The PVC effluent mainline was trenched into the ground beside a main laneway using a combination of 10 centimetre and 15cm PVC pipe, with connections for the irrigator at several hydrant points in paddocks.

With the installation of the mainline, effluent can now be applied across 80 hectares of pasture.

The farm has 650 cows and a split calving. Like many dairy businesses in the region, the herd size has increased over time and this has put more pressure on the effluent system. 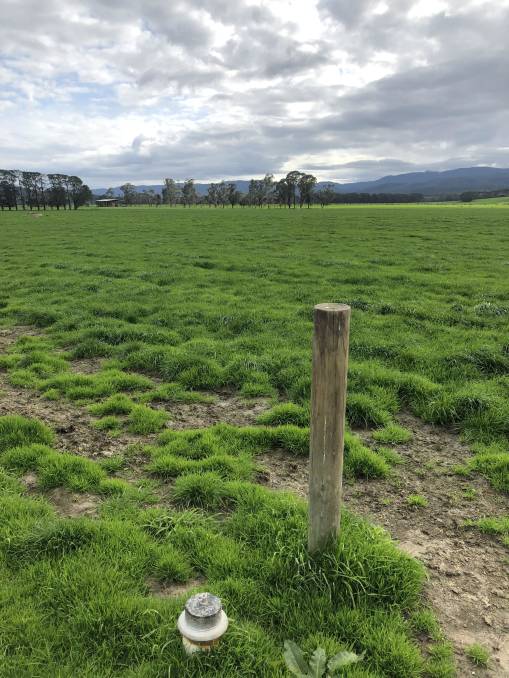 Irrigation hydrants in the paddock can be protected and made more visible with pine posts.

Mr Hammond said the dairy produced about 27 megalitres of effluent each year. "It was time the effluent system was upgraded to make the most of the nutrients and water," he said.

The upgrade was carried out with funding assistance from a Melbourne Water Rural Land Program grant.

This incentive is for projects that help landowners protect waterways and keep nutrients and sediment on-farm.

The Hammonds made three key improvements to their farm's effluent system, including installation of the effluent pipe mainline.

They also created a third (and large) effluent storage pond and installed a new irrigator.

Effluent is pumped from the second pond at the dairy - using off-peak power at night - and transferred to the new effluent storage pond.

A diesel water pump is then used during drier weather to apply effluent through a 7.5cm hard-hose gun irrigator.

The first effluent pond at the dairy is cleaned-out using a slurry tanker every couple of years to keep on top of the solids.

The solids are spread on other areas of the farm that the effluent mainline does not cover to better use the nutrients.

A new third effluent storage pond was created by converting a disused water dam located in the middle of the farm. 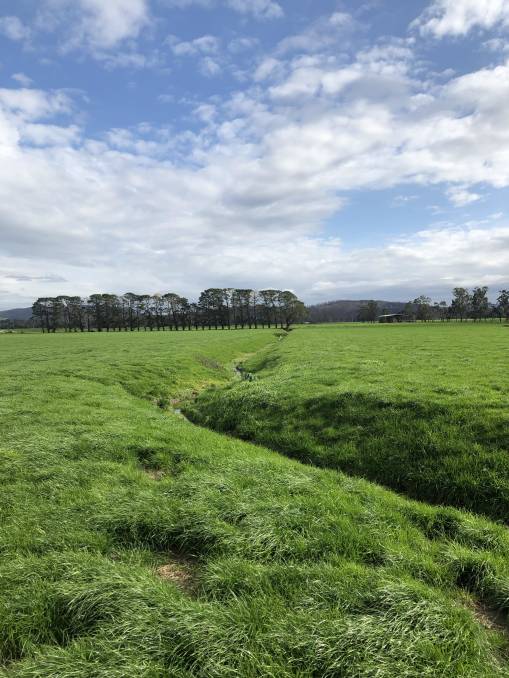 When planning effluent application areas, avoid putting mainline hydrants in wet paddocks, or paddocks with obstacles such as drains.

"This is a very wet farm, so it's great being able to store the green water during the wetter months," Mr Hammond said.

"We can now use the effluent to keep some areas of the farm green in the drier months.

"It provides green feed in summer that we can utilise, and we can also use the effluent on summer crops."

The effluent mainline has dual purposes.

It can be used to transfer effluent between the two-ponds at the dairy to a larger 20-megalitre storage pond in the middle of the farm.

It is also used to distribute effluent directly to pasture through the hydrants with the irrigator.

The effluent application area was carefully considered, with the aim of being able to apply effluent to paddocks further away from the dairy that were lower in fertility.

For this reason, hydrant outlets were not installed in paddocks closer to the dairy.

In the future, if the pasture fertility around the dairy drops-off, the solids from the first pond can be spread there.

This will be closer for contractors when cleaning out the solids, and helps to keep costs down.

The Hammonds had their existing second effluent pond tested in March 2017 - before the third pond was installed.

The test results showed the nitrogen: phosphorus: potassium: sulphur concentration for one megalitre of effluent was 160:34:285:8.

This means that if one megalitre of effluent is applied over one hectare (100mm), then 160 kilograms of nitrogen and 285kg of potassium would be applied. An example of a PVC pipe effluent mainline being installed.

It is recommended no more than 60kg/ha of potassium is applied per application - to avoid issues such as grass tetany and milk fever in cows.

At this recommended rate, one megalitre would be applied over 4.75ha.

Effluent is high in potassium and nitrogen, making it a great nutrient source for crops and pasture. It can also help to sustain paddocks that are regularly cut for silage and hay.

Other key practical features of the design include the use of lay-flat hose to be able to irrigate both sides of the track, and erection of pine posts to protect irrigation hydrants in paddocks.

The hydrants can be susceptible to machinery damage, so the posts are used to make these more visible.

Mr Holland said the effluent system had provided an unexpected benefit for firefighting during the Bunyip fires, as the back half of the property was directly affected.

"The effluent application area had green grass to stop fire spread, and the mainline and irrigator could be used to help fight the fire," he said.

One downside of having the effluent pond further away from the dairy is the need to pump effluent multiple times.

"Although not ideal, we can use off-peak power at night to transfer liquid effluent from the second pond to the new storage pond," Mr Holland said.

He said knowing what they did now, they would not put hydrants into paddocks with deep drains - as these were too hard to irrigate.

"We can only irrigate half the paddock - the irrigator can't cross the drains or manoeuvre around objects," he said.

"In a perfect world, we would have purchased a 10cm hard-hose irrigator. This would save time and be able to pump-out the same volume of water, but using less diesel.

"For those people looking to install an effluent mainline in the future, it is worth considering the option of siting the storage ponds somewhere else - not necessarily near the dairy."

Mr Holland said dams designed to hold dairy effluent needed to be sealed, so effluent did not enter groundwater.

When considering implementing changes to dairy effluent application equipment and infrastructure, he said it was valuable to get advice from a plumber or irrigation specialist.

This will help to ensure the system works well and is sized appropriately for its purpose.

It is also necessary - especially if earthworks are being planned - to discuss these changes with the relevant authorities, such as the local council and water corporation.

Melbourne Water can contribute up to 50 per cent of the cost of projects that contribute to best practice.

For further information about the Rural Land Program, see www.melbournewater.com.au/community-and-education/apply-funding/rural-land-program