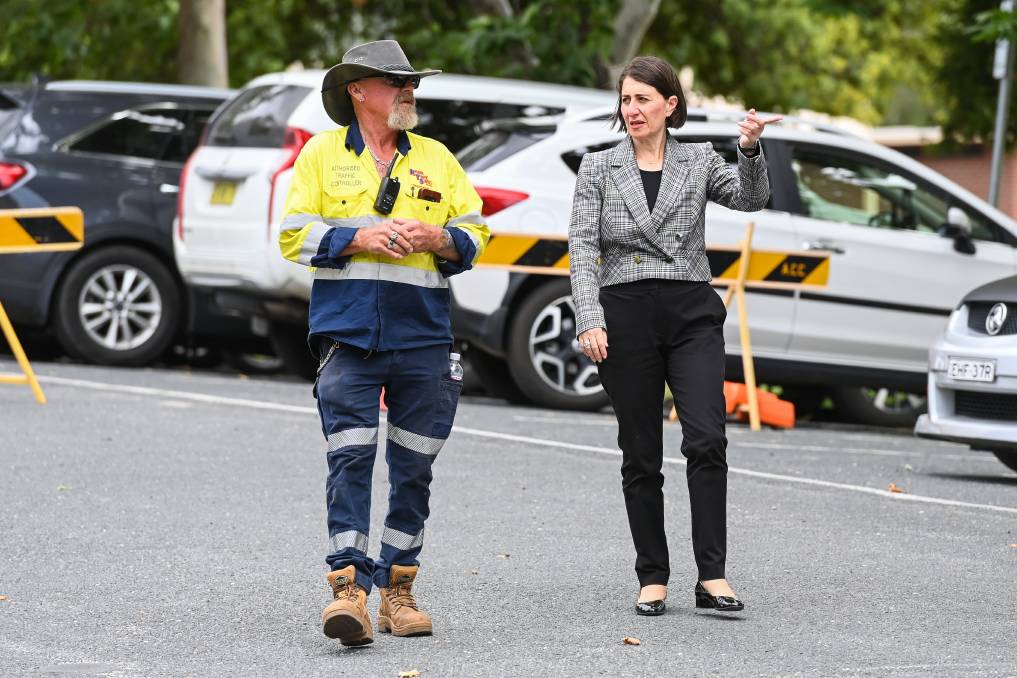 NSW Premier Gladys Berejiklian has thanked border communities for their role in her state's border closure but does not accept she has been hypocritical in her Queensland border rhetoric.

Thirteen hours before the reopening of the NSW-Victoria border, Ms Berejiklian visited the Wodonga Place checkpoint.

"I would say that it's cost several million dollars," she said. "You can't put a price on keeping the community safe.

"We were also very, very considerate. We tried to make sure we were compassionate on all fronts."

As recently as November 11, a Melbourne resident missed saying goodbye to her mother after being asked for additional documentation to enter NSW but Ms Berejiklian did not accept she had been hypocritical in criticising the Queensland Premier.

"But I certainly accept how difficult it's been for people and I hear stories everyday," she said.

"Unfortunately, implementing policies in a pandemic is far from perfect.

"As the Police Commissioner said, we've had five million vehicle movements, 1.2 million permits have been issued on the Border alone in 137 days, and since July 9, it's been really difficult for border communities.

"I travelled down here recently to express my gratitude and apologise to the local community.

"But I think in the long-run, people appreciate we were better off keeping everybody safe.

"I don't know what we would have done, had we had 20 or 30 cases in the border communities that we weren't able to control - that was the alternative.

"I don't regret the decision we took.

"I never want to see this situation again in our lifetimes, and hopefully we won't."

Ms Berejiklian is the only Premier in the country to have her state open to all Australian citizens and said any trigger for a future border shutdown would depend on a government's ability to control transmission.

"What's been demonstrated to me is that other states are moving very quickly to shut down their entire economies when they have a couple cases," she said.

"I don't agree with that position, but in that situation, it actually means we don't need to close our borders because none of those communities are able to move around their own states anyway.

While the vast majority of Victoria was locked down for four months, Ms Berejiklian maintained the border closure's length was justified.

"We need to remember that when Victoria starts welcoming back overseas travellers ... that's a risk.

"They're all the things you're mindful of.

"I'm pleased with the fact we did it when we did, we gave people a few weeks' notice to make sure they knew when the border was coming down."

Ms Berejiklian was asked about South Australia's assumption a case there had been contracted through touching a pizza box.

"It's not for me for question what other states think or do, but again, we've learned a lot about the virus in the last few months," she said.

"I respect the South Australian Premier but I wouldn't have shut down my state after having that information.

"But we can't underestimate how contagious the virus is; you can actually get it from surfaces.

"We know that in a few cases in NSW, people did actually have it from touching common surfaces."