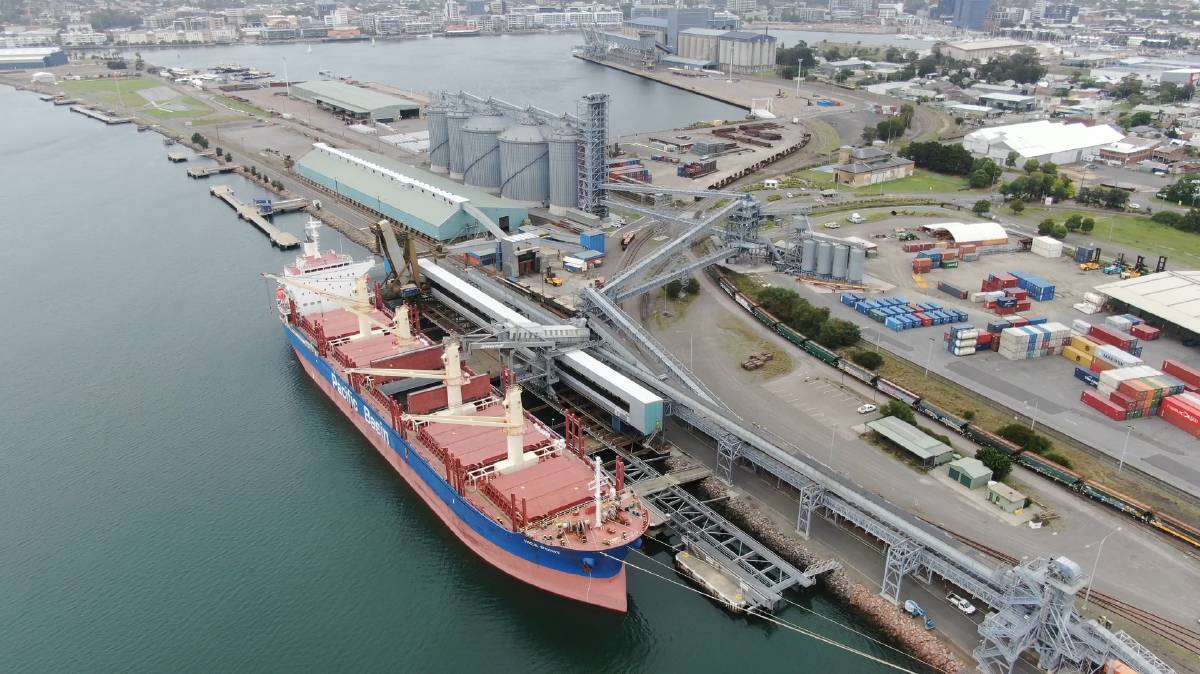 The Ince Point being loaded at the Newcastle Agri Terminal.

The Port of Newcastle has just sent off its first export shipment of grain for year in what is expected to be a big season for the facility.

AFTER a tough couple of years where most of the grain going through the Port of Newcastle was being imported to satisfy upcountry end users that could not source local supplies, the northern NSW port is back in the export game.

Officials from the Port of Newcastle said the facility was set to export its first major volumes of grain since 2018, with the first shipment leaving the port on Monday afternoon.

The departure of bulk carrier Ince Point loaded at the Newcastle Agri Terminal (NAT) and carrying 35,000 tonnes of wheat, destined for the Vietnamese port of Cai Mep, near Ho Chi Minh City, is likely to be the first of many, as the Newcastle port catchment zone, encompassing much of northern NSW, is in the midst of a bumper season.

Between GrainCorp's exporting facilities and NAT, both located at the Port of Newcastle, industry analysts are predicting likely record exports from the port.

While not wishing to put out an estimate in terms of export volumes, officials from the port said there could be up to 60 ships processed this export season.

"It is too early to know a potential total but there is every chance export volumes could challenge the long-term records given the bumper winter harvest in the port's catchment," Mr Swan said.

Newcastle will compete for volume with the Port of Brisbane to the north and Port Kembla in the south.

The next wheat shipment is due to depart by the end of November, with the peak expected in early 2021.

The buzz at the port is matched by work throughout the supply chain, with hundreds of trains expected to deliver wheat from upcountry storage sites to the port over coming months.

Highlighting the evolvement of the industry since the last major exportable surplus in 2017, NAT executive director Jock Carter said the average size of trains visiting the facility had increased by one-third since then.

"Multiple trains, some carrying up to 4,000 tonnes of wheat, are arriving throughout the week as growers look to get their product to market earlier than previous years," Mr Carter said.

And plenty more grain is set to continue rumbling its way down from the north-west as farmers rip off heavy crops.

Stuart Tighe, chief executive of Moree-based agribusiness Boolah, said while domestic consumption would take much of the harvest, there would be an exportable surplus in the region.

"The cost and efficiency of the supply chain - getting the product all the way from the farm to an overseas customer - has a major impact on the competitiveness of Australia's grain in the international market," Mr Tighe said.

Grain from the port heads across the globe, with major customers including Indonesia, Vietnam, Italy, India and Nigeria.