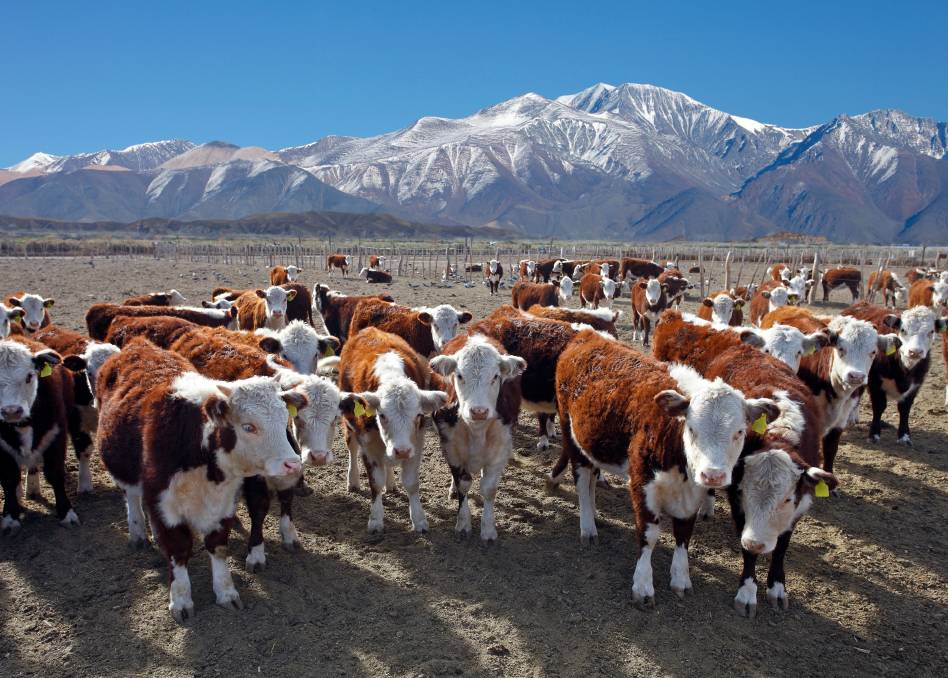 CONFIDENT: A government spokesperson said the expansion was being carried out to mainly supply the Chinese market.

Argentina is set for a 33 per cent increase in exports over the next three years to 1.2 million tonnes a year, writes Ken Wilcock.

IN an announcement made last Monday, Argentina's beef sector will upgrade processing and cold chain infrastructure under a government initiative that will allow a 33 per cent increase in exports over the next three years to 1.2 million tonnes a year.

President of the Consorcio de Exportadores de Meats Argentinas (ABC), Mario Ravettino, said the investment plan, costed at $187 million, had already started and would expand during 2021 through the 11 companies involved.

Seemingly confident of a strong ongoing relationship with China, a government spokesperson said at the announcement that the expansion was being carried out to mainly supply the Chinese market.

Market watchers might remember that 2019 was a year of rapid approval of Argentine beef plants for export of frozen and chilled beef to China.

In the space of just two months, a total of 23 plants were approved taking the total by November that year to 50 plants approved to export beef to China.

Not surprisingly, China is now the main recipient of Argentina's beef exports taking 73pc of the 645,000 tonnes exported to September this calendar year.

That is in strong contrast to a short five years ago when the Argentine government still exercised a hefty 15pc export control tax on beef.

Reforming the country's beleaguered agriculture industry was a key part of Mauricio Macri's election campaign in December 2015 and on coming to power he wasted no time in axing the tariff on beef exports early in 2016.

At that time exports accounted for a mere 7pc of total beef production.

But the runaway success in beef exports has not come without consequences in Argentina's domestic market.

Argentina has one of the highest meat consumption rates in the world and the price of meat is an important social issue.

Unfortunately for Argentina, Macri's pro-business economic policies resulted in a plunging peso, an inflation rate that spiked to 56pc and a rising number of people living below the poverty line.

With the price of meat such a critical issue, Alberto Fernandez, who outed Macri in Argentina's 2019 election, has flagged the possibility of reintroducing some form of price control for the local market.

That would seem quite a tricky proposition against the announced support for further expansion of beef exports.

Big yardings as year runs down

WITH the end of the year rapidly closing in and December not generally a preferred month for cattle marketing, all of Queensland's regular markets are experiencing a surge in numbers this week.

Roma had 8200 booked for Tuesday, early numbers suggest 6500 or more at Dalby on Wednesday and Blackall has over 6000 for its last sale for the year on Thursday.

Blackall agent Tim Ludgate said mostly it was lighter-weight yearling cattle and off-description cows that haven't the carcase weight to go to the works that had been coming through.

Since July the biggest proportion has been away cattle, initially a flush out of Alice Springs and lately a lot out of the north-west.

Store cows and heifers are virtually all going to NSW but more it would seem as a turnover proposition than as herd rebuilders.

Having regular weekly sales this year has also made a difference to Blackall's numbers as cattle have not had to bypass the centre on the off weeks of a fortnightly or monthly sale cycle.

Throughout the district herd numbers are still well down at around 30 to 80pc of more normal times.

Some have been lucky to get a half decent start but for most it is pretty lean.

Tim said the big difference this year was the optimism stemming from the Bureau of Meteorology's high-probability forecast of a La Nina wet and in consequence a tendency to hold out wherever possible in expectation of being able to reset depleted herds.

A disappointing 5-20mm across the Downs country three to four weeks ago did more damage than good and some who were hoping to hold on ended up having to sell.

As well as the Downs country, the Gulf region breeder country to the north means there is always something to sell.

While it is the record-breaking prices being paid for young cattle that grab most of the attention, secondary types are also commanding exceptional money.

Aged Brahman cows from the Gulf are an example.

Worth perhaps $1100-1200 as a meatworks proposition, 14 to 15-year-olds offered instead as PTIC are commanding $1400. Little wonder the meatworks have struggled to find cattle.

Then there are the usual faulty and reject cows with dog bites, no tails, twisted noses, big horns and the like. All in at 270c/kg for a recent boat order has to be exceptional by any standard.

While on the subject of Brahmans, Matthew mentioned a rare visit by a southern buyer who had come up to look at cattle.

WITH the anticipated start of the La Nina wet looking more January than December, the continuing dry is making it a little easier for processors to fill kills and both grid and market rates are winding back.

Grid adjustments of 10-25c were made on Friday and Monday and at time of writing stand at 660-670c for 4-tooth ox and 590-600c for heavy cow in southern and central Queensland.

One processor spoken to thought remaining kill slots through to Christmas would fill pretty quickly.

Monday's Wagga market contained a good offering of over 600 heavy cows which were 8-11c easier while 400 heavy steers and bullocks were back by 11-18c.