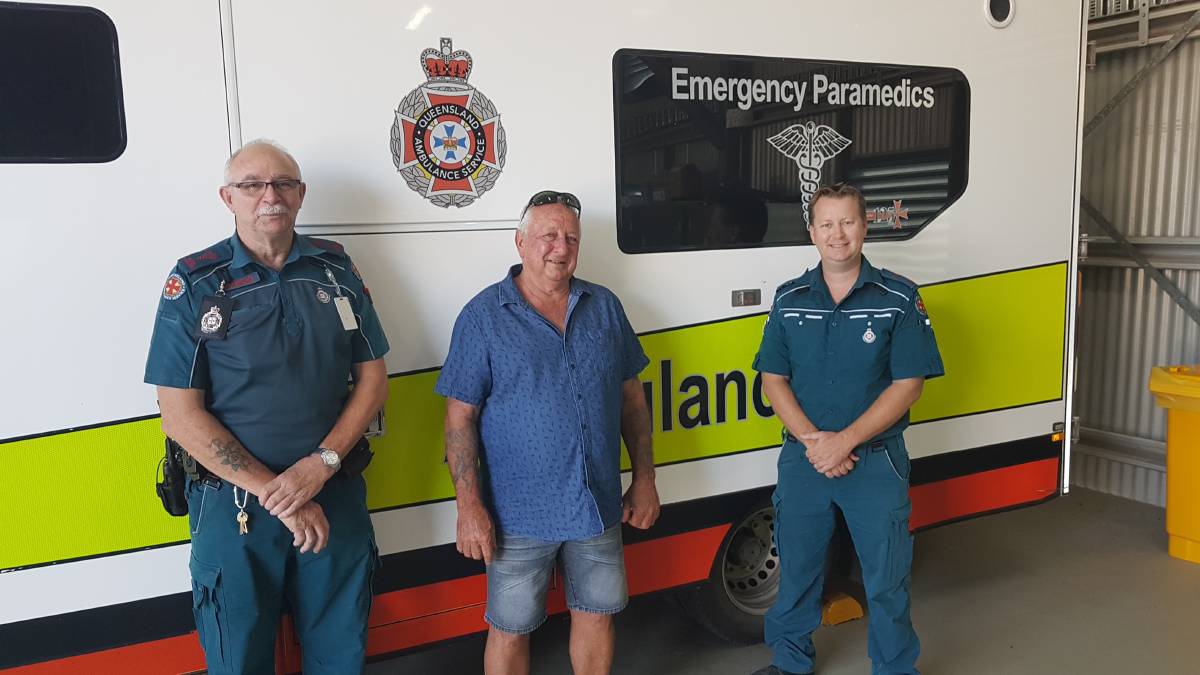 Thanks to the quick wits of friends and family, the prompt action of responders, and a good communications network.

Thanks to the quick wits of friends and family, the speedy action of responders and a good communications network, Graham "Keith" Jackson has survived to talk about his experience of being bitten by a deadly brown snake.

It took place on the afternoon of Saturday, October 10, when Mr Jackson, aged 62, stepped outside his Ilfracombe home in Central West Queensland and felt a sting on his toe.

He got the fright of his life when he looked down and saw a brown snake underneath his foot, reacting immediately to kick it away, resulting in a second bite to his toe.

Mr Jackson had just been bitten twice by one of the world's most deadly snakes.

Contacting his wife Rhonda by phone, she immediately called triple zero as well as Mr Jackson's boss George and his wife Jackie who were nearby and who were able to rush to his aid.

With the help of QAS emergency medical dispatcher Kirsty Scott, who was in touch with the couple at the scene providing imperative first aid over the phone, they kept him calm until an ambulance arrived from Longreach 27km away.

According to QAS paramedic Frank Smith, having them on the scene was a life-saving effort.

"We didn't know what we were dealing with until we arrived and realised the seriousness of the situation," Mr Smith said.

"He was sitting there - the family and friends had done the application of bandages, the basic stuff - and we took over.

"Two minutes out of Ilfracombe on the way to Longreach he said he was feeling sick.

Mr Jackson had gone into respiratory arrest and stopped breathing but the two paramedics were able to resuscitate him and keep going to Longreach.

His fight for life continued when he was airlifted to Rockhampton Hospital later that afternoon, to make the long road to recovery.

Mr Jackson was able to meet the two paramedics that saved his life at the Longreach Ambulance Station on Monday.

Mr Smith said it was what he'd been trained for and what he loved to do.

He said they hadn't received many calls for suspected snake bites and when they did, it was often a centipede or a scorpion bite.

"You can certainly tell the difference - the centipedes cause intense pain whereas a snake's bite doesn't tend to be, plus they have a deeper penetration," he said.

Mr Smith said it was probably good for people to refresh their memory of how to deal with a snake bite every year coming into spring and summer.

"You apply a clean dressing, bandage it to prevent the poison from travelling round the lymphatic system, sit down and keep calm," he said.

"Everyone should have a couple of good firm compression bandages at home."