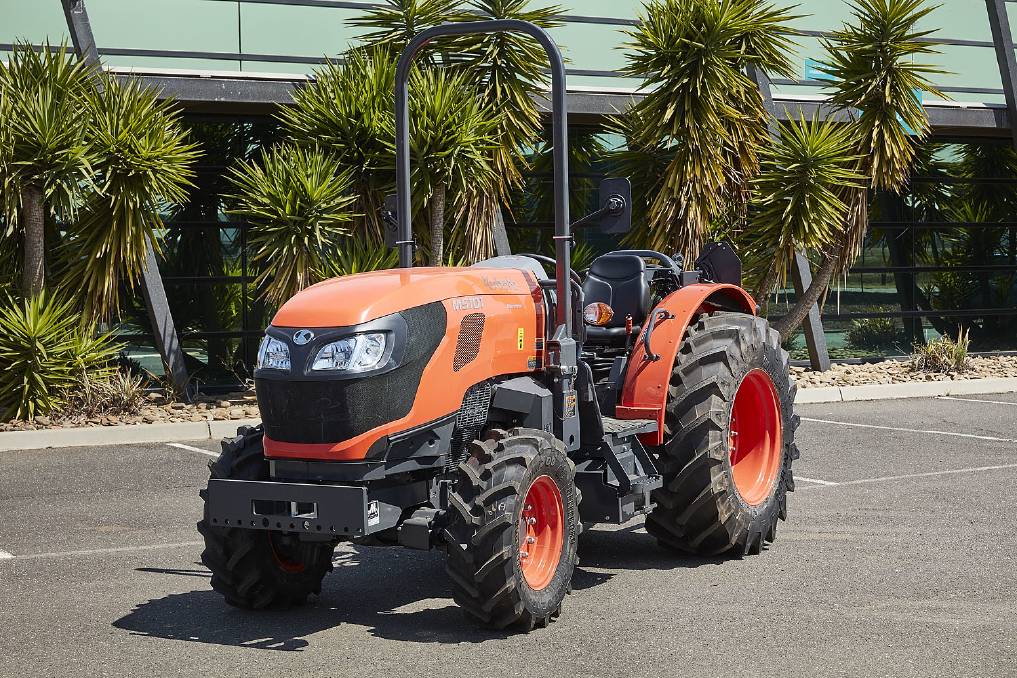 Kubota is gearing up to launch a new range of ROPS tractors in both standard and narrow configurations.

Kubota has widened its offering to Australian farmers with the release of its M5-1 ROPS models in standard and narrow configurations.

The M5-1 ROPS (rollover protective structures) engine technology had been redesigned to give maximum horsepower at the lower engine speed of 2400 rpm.

Kubota senior product manager for tractors and precision farming Konstantin Blersch said ROPS tractors make up 20 per cent of all tractors in their horsepower category in Australia and the M5-1 series filled a gap in the market.

"The ROPS model allows the operator to stay in contact with workers around the tractor while remaining seated at all times.

"The M5-1 standard ROPS transmissions have been kept simple with 18 gears while still delivering the operator plenty of choice," Mr Biersch said.

"In the standard models, six synchronised gears and three ranges team up with a smooth power shuttle to cover speeds from slow creep to fast transport work. This makes it suitable for applications such as low and high-speed tillage.

"The transmissions of the M5-1 narrow model feature dual speed splitters to offer 36 speeds for a multitude of applications in orchards and vineyards.

"The Kubota X46 front loader has been matched to the ability of the M5-1 standard ROPS models with a specific hydraulic kit to suit the ROPS models.

"This gives the operator more versatility particularly for handling hay straw and silage.

"The M51 standard ROPS are available from your nearest Kubota dealer now while the M5-1 narrow models will be arriving for delivery from January 2021," he said.