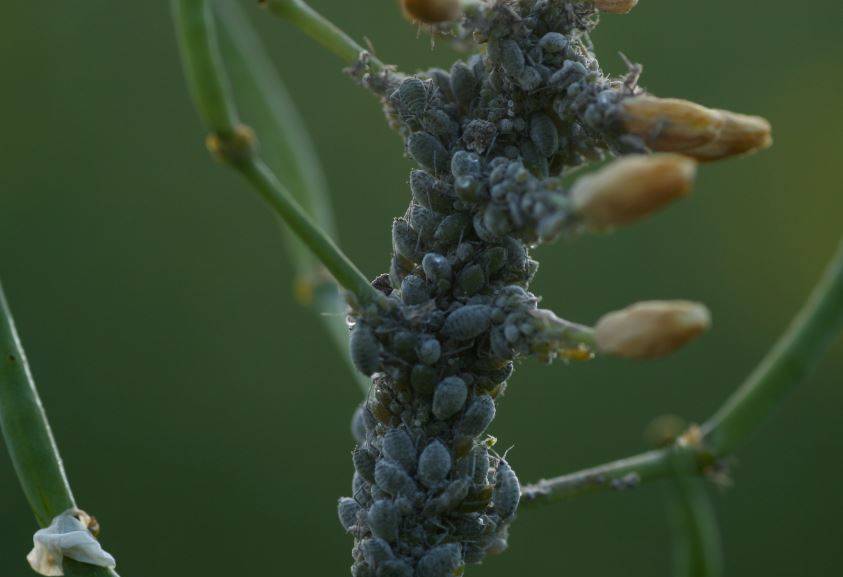 A new insecticide is expected to be strong on controlling pests such as aphids. Photo: Cesar.

Syngenta is excited about its new insecticide mode of action which is showing good promise in controlling plant sucking pests like aphids.

AUSTRALIA'S agronomy community is becoming increasing concerned about the rates of crop viruses spread by pests such as aphids.

Changes to crop management, in particular a shift to early sowing, have left cereal crops in particular at a more vulnerable stage in their development when viruses, such as barley dwarf yellow (BDY) become a problem in early spring.

With this in mind, news from Syngenta that it has released an insecticide with a new mode of action targeting sucking insects will be welcomed.

Sucking pests, such as aphids, whiteflies, and scales, devastate many broadacre crops, along with causing damage in horticulture, especially in crops like tomatoes, oranges and melons.

The new mode of action, called spiropidion includes insecticides that helps crops from the inside, protecting the whole plant body from attack of damaging sucking pests.

"We are excited to offer farmers a new active ingredient that provides more targeted protection against some of the most difficult and damaging sucking pests," said Jon Parr, president of global crop protection at Syngenta.

"Spiropidion is another clear example of how we are accelerating investment to deliver plant health innovations that support farmers, across the world, to grow productively and sustainably."

But as promising as it is it will be a while before it is available for Aussie growers.

It has been formulated into a product, first registered in Guatemala called Elestal.

Planned launches of Spiropidion containing formulations also include Paraguay and Pakistan in 2021, and Brazil in 2023 (pending registrations) with other countries further down the track.

It is expected to be big business for Syngenta, with peak sales estimated above $US 400 million (A$570m).