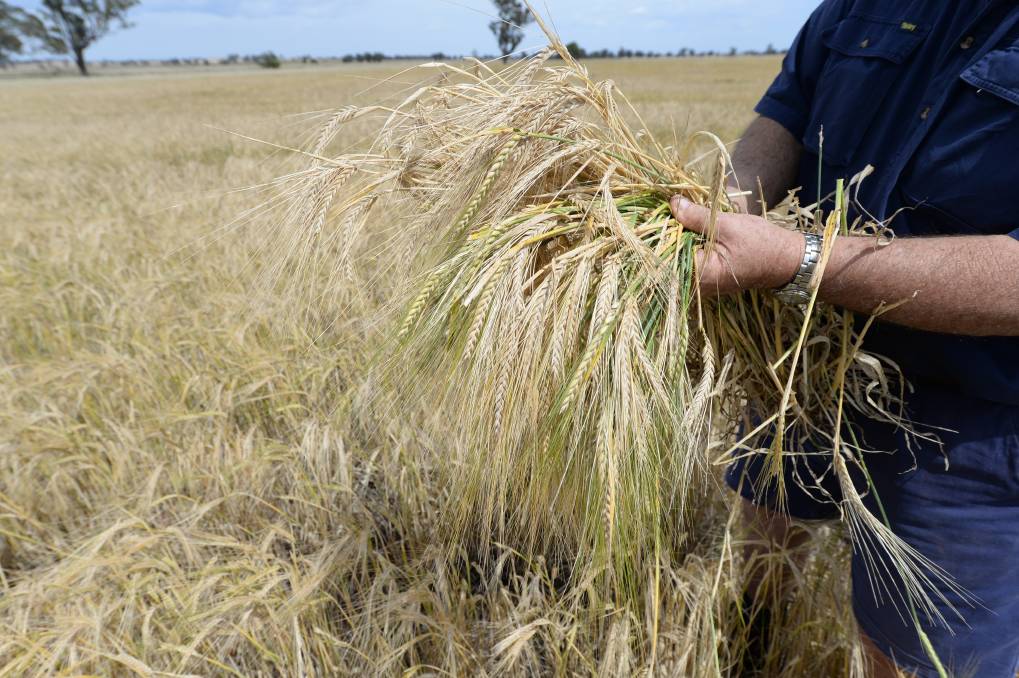 WHOPPER CROP: Farmers are rushing to finish a winter grain harvest which is likely to reach 51.5 million tonnes.

Australia is poised to harvest a whopping 51.5 million tonnes of winter grains.

The near all-time national record has been driven by forecast record production of more than 17.6 million tonnes in NSW.

In its December Australian Crop Report, ABARES said this year's harvest was likely to be second only to the record 56.7 million tonnes stripped in 2016-17.

"Crops in these states were generally in very good condition at the end of winter and the favourable rainfall during September and October was perfectly timed for the growth cycle," Dr Hatfield-Dodds said.

"Production is expected to be a record high in NSW, the second highest on record in Victoria (9.3 million tonnes) and well above average in South Australia (8.4 million tonnes). "Overall for Australia, the December forecast is a 7.4 per cent upward revision from the figure in the September 2020 Australian Crop Report.

"For the major winter crops, wheat production is forecast to increase by 106pc from last year to 31.2 million tonnes, the second highest on record.

Dr Hatfield-Dodds said production forecasts for Western Australia and Queensland have been adjusted to reflect the less than favourable conditions in late winter and early spring.

"We still expect these two states to record significantly increased production on last year's levels but have revised down those forecasts slightly taking into account less than expected rainfall," Dr Hatfield-Dodds said.

Meanwhile, ABARES is tipping a 211pc leap in summer crop plantings in 2020-21 from the drought-smashed levels of 2019-20 to about 1.1 million hectares which is 6pc below the 10-year average to 2019-20 due to the area planted to cotton forecast to be below its long-term average.

Plantings of grain sorghum and cotton are forecast to rise significantly.

ABARES has tipped summer crop production will soar by 322pc to 3.7 million tonnes.