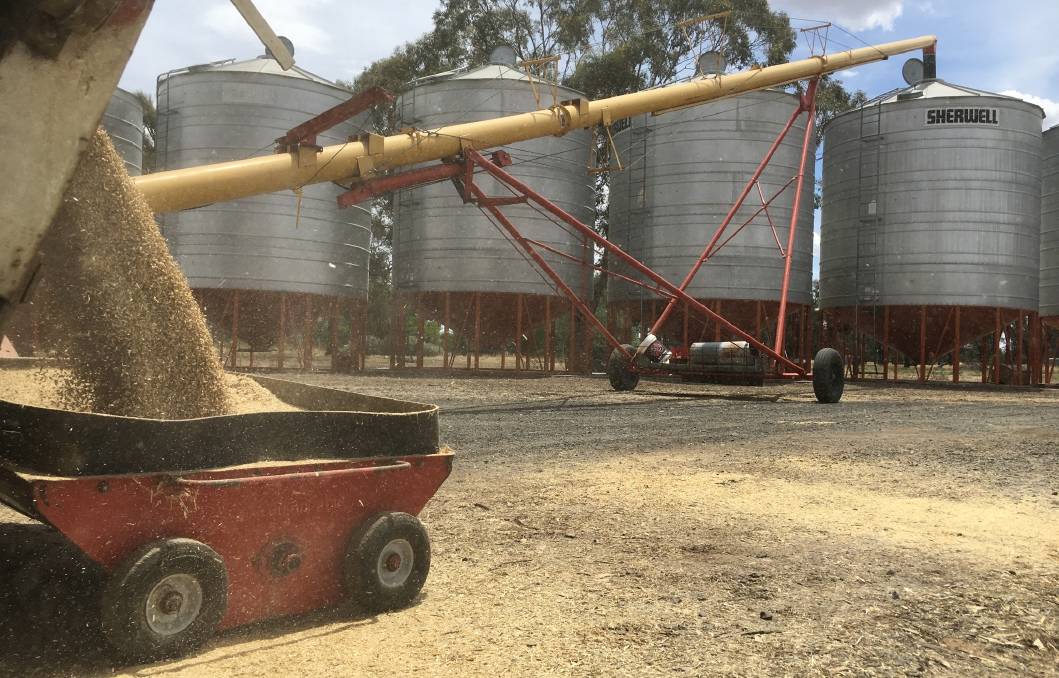 Farmers with suitable storage equipment can safely take off high moisture grain according to the GRDC, but they need to work fast to reduce risk.

There is high moisture grain coming off in parts of the country and the GRDC has tips to manage storing the grain.

IN SPITE of the recent heatwave through NSW and South Australia the Bureau of Meteorology (BOM) is standing firm on its predictions of a wetter than average summer, while southern WA has seen its wettest November on record.

This has the potential to impact those with remaining crop to harvest, with issues in particular with high moisture grain.

Somewhat surprisingly it has been Western Australia, which was not tipped to have an especially wet harvest period, that has had to manage the wettest harvest.

Perth headlined a number of Western Australian centres, particularly through the southern half of the state, that recorded their wettest November on record.

This has had an influence on harvest, with some quality issues creeping through.

It has also seen growers take the decision to take off crops at slightly higher moisture than is acceptable for delivery into the bulk handling network rather than risk further quality downgrades if the crop is left to get more rain on it.

The Grains Research and Development Corporation (GRDC) has a dedicated team to help growers make the difficult decisions regarding managing high moisture grain.

The stored grain extension team is on call (1800 WEEVIL) to provide advice to growers storing grain at higher moisture levels.

Grain storage specialist, Chris Warrick, who leads the GRDC stored grain extension team, said the key was for farmers to work fast with high moisture grain to ensure it is stored safely.

"To avoid delivery or storage quality problems, growers need to act quickly once high moisture grain is harvested," Mr Warrick said. "Grain respires like most living organisms, which means it takes in oxygen to use with carbohydrates, which in turn generates carbon dioxide, water and heat," he said.

"When grain has a high moisture content and is warm, the rate of respiration increases significantly, causing it to heat."

This can result in serious grain damage or 'bin burn' and creates ideal conditions for moulds and insect pests.

He said farmers needed to have access to the right facilities if they wanted to harvest high moisture grain.

"The receival standards for moisture content are there for a reason - they enable safe storage without compromising grain quality, particularly for bulk handlers storing grain for export."

For those growers who need to harvest early and temporarily store high moisture grain, it is critical they have aeration cooling, as well as clear plans to dry grain or blend grain within three to five weeks.

In most cases, grain can be safely held for a few weeks at 14 to 16 per cent moisture content with small aeration cooling fans running continuously, delivering airflows of at least two to four litres per second per tonne (2-4 L/s/t), according to Mr Warrick.

"The options for managing high moisture grain depend on the equipment available, but it is important to understand it is very difficult to reliably reduce moisture content using standard small aeration cooling fans (output 2-4 L/s/t) designed for cooling grain, not drying."

He said these small fan systems were useful for temporarily holding wet grain, but growers needed a plan to dry grain that involves either a grain dryer (batch or continuous flow); aeration drying in silos with high output fans (15-25 L/s/t); or blending grain.